Fort Worth to Dallas in under 20 minutes? Proposed transit system could be the ticket 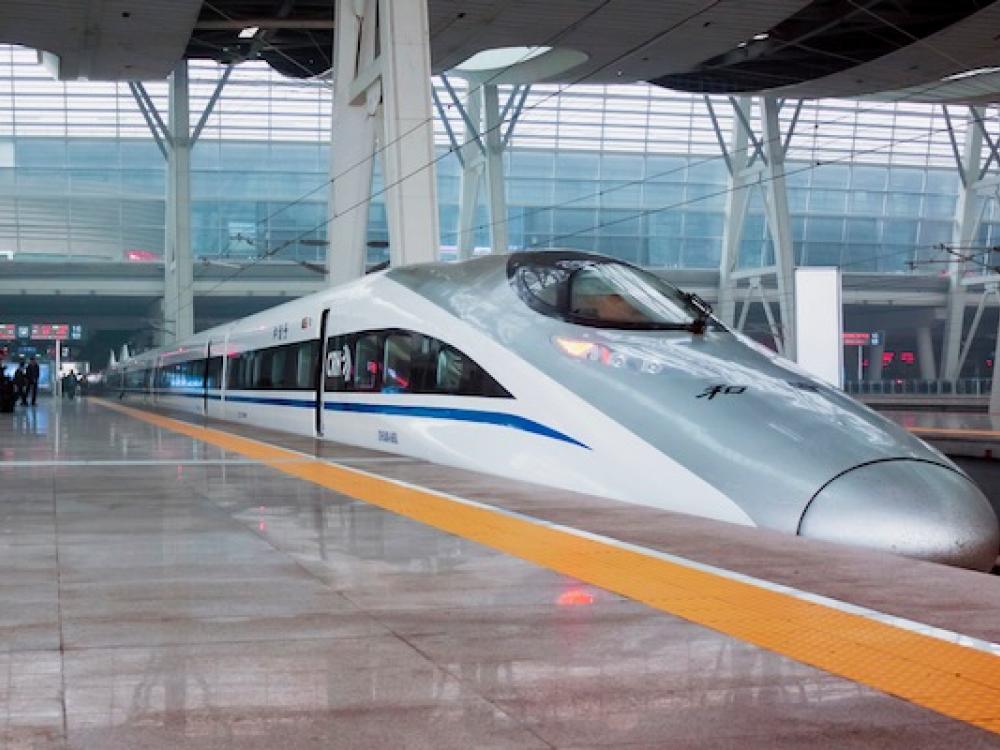 A high-speed train on the platform in Bengbu, China. Courtesy of Storyblocks.

Imagine stepping onto a speedy, cushy, state-of-the-art electric train, then blowing past all those poor stiffs mired on the interstate as you blast your way from Fort Worth to Dallas and back. Whoosh! You’re there.

For the daily legions of beaten-down North Texas commuters, it surely must sound too good to be true. But 100 years ago, imagination was not required for such a trip. A rail service known as the electric interurban whisked hundreds of passengers daily between the two cities at the scenery-blurring speed of 60 mph. No fumes, no clatter — just the smooth, reassuring hum of a big electric motor pulling you swiftly toward the horizon. It was great while it lasted, but by 1950, widespread automobile ownership, better highways and cheap gas had permanently derailed the interurban.

Any veteran of the infamously glacial I-30 or I-20 traffic stack-ups is well aware of where that “progress” led us.

As they say, what goes around comes around. There is now a 21st-century take on the interurban’s mass-transit concept that would zip DFW commuters back and forth at speeds of at least 200 miles per hour, shrinking port-to-port transit times down to as little as 12 minutes, and potentially removing thousands of carbon-belching cars from local roadways.

“That would be the dream, seriously,” said Chad Butler, a Fort Worth resident who from 2018 to 2020 spent up to an hour and a half commuting each way from Fort Worth to his job at AT& T in Dallas.

He expects the commute to resume when Covid-19 safeguards are finally lifted. He says he would be first on board of a high-speed option.

"I’d get more sleep, I’d never stress about being late for a meeting and I definitely would not drive to Dallas.”

A policy-making group of elected officials representing 97 North Texas cities, 12 counties and seven transportation providers — the Regional Transportation Council — is studying the feasibility of such a high-speed line. The agency has already agreed upon the general location of the corridor within which the service would operate. The RTC also reviewed an assortment of fast mass-transit technologies, settling on two distinctly different finalists.

A policy-making group of elected officials representing 97 North Texas cities, 12 counties and seven transportation providers — the Regional Transportation Council — is studying the feasibility of such a high-speed line. 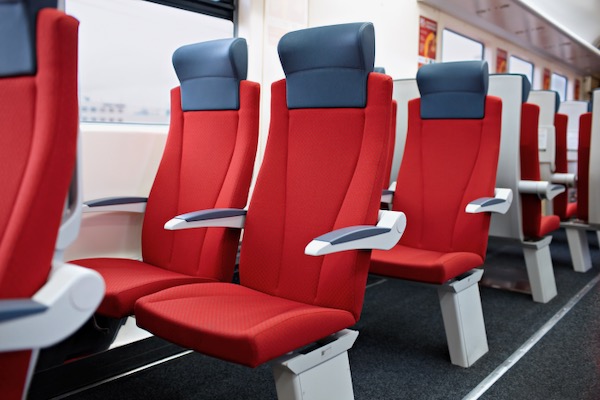 Interior seating on a high-speed train. Courtesy of Storyblocks.

“We’re way on the front end of this project. We’re kind of just beyond the, ‘Hey we’ve got a great idea, let’s look at where we’ll actually put this line, and what type of mode will we use?’” said Brendon Wheeler, manager of the North Central Texas Council of Governments’ long-range Metropolitan Transportation Plan, which includes a multi-phase study of the DFW high-speed line.

“The RTC is wanting to be really innovative in transportation options for our region, seeing that we can’t build our way out of congestion. We can’t just continue to build more roads,” Wheeler said.

One study shows that Garland, Fort Worth and Arlington have the longest commute times in Texas, with Dallas and Plano close behind. In other words, our car-dependent metropolis appears ripe for the kind of relief that rapid mass transit could bring.

The RTC recently completed Phase 1 of the Metropolitan Transportation Plan, identifying the I-30 corridor as the logical path for the high-speed line, which, for the sake of speed, would have just three stations: downtown Fort Worth, Arlington’s entertainment district and downtown Dallas. It would run on a dedicated, elevated platform. Phase 1 also whittled down a half-dozen competing people-moving technologies to just two — high-speed rail and hyperloop. Planners will decide later which mode will move ahead.

High-speed rail – the “bullet train” — is a proven technology that first entered service nearly 60 years ago in Japan. In that span of time, the Japanese trains, moving at speeds of up to 300 mph, have carried more than 10 billion passengers without a fatality or injury. Similar systems are now in widespread use across Asia and Europe. Such a train between Dallas and Fort Worth could get riders from the heart of one city to the other in about 20 minutes.

Hyperloop is a more exotic technology in which individual passenger pods travel through a near-vacuum in a sealed tube at up to 650 miles per hour. Because of the short distances involved in the DFW project, the hyperloop system would accelerate only to about 300-350 mph, but still could shrink Dallas-Fort Worth commute times down to 12 minutes. Although no operational hyperloops have been completed, test tracks are up and running, including two in the U.S. and one in France.

Members of DFW's Regional Transportation Council talk about hyperloop technology in this 2018 video. Courtesy of NCTCOG.

One advantage of hyperloop is the prospect of flexible, on-demand service instead of the more rigid timetables typical of rail lines. A disadvantage could be hyperloop’s potential incompatibility with dissimilar high-speed transportation services like the Texas Central, a more conventional bullet train under study to link Dallas and Houston.

“Our project is more about creating a larger high-speed system to connect with other high-speed systems in the state. And, hopefully, as the high-speed transportation bug builds around the U.S., it connects to a national network, much like Interstate highways do for vehicle travel,” Wheeler said. “So, we see this as just a link in the chain of high-speed transportation across our region and state. What we want to do is have an integral system such that you wouldn’t have to get off modes and change trains or leave one platform, walk a block and get on another train – that would take a lot of time and effort.”

He said clearing the environmental hurdle would make the project more attractive to private investors, who the RTC envisions as being integral to a public-private funding strategy for the service.

How much will the bankrollers need to pony up? Ballpark estimates for a high-speed rail system are $95 million per mile, with hyperloop coming in at around $90 million. For a line that’s projected to run 31 miles, the guesstimate for the total tab is just shy of $3 billion.

During his Fort Worth to Dallas commuting days, Chad Butler finally decided to ditch the highway traffic and start taking the Trinity Railway Express.

“When I took the train, it was so much less stressful,” he said. “I’ll likely have to start going back to the office here pretty soon, and I will only be taking the train, for sure.”

As good as the TRE is, Butler notes that accidents or other unforeseen issues sometimes produce delays on the train. He admits that the commute, even without trouble on the tracks, still consumes about an hour of travel time each way.

For now, patience will be Butler’s ally as he trundles along on his beloved but imperfect TRE. NCTCOG officials say an operational, superfast transit line rocketing across the Metroplex is still another 15 or 20 years down the tracks.