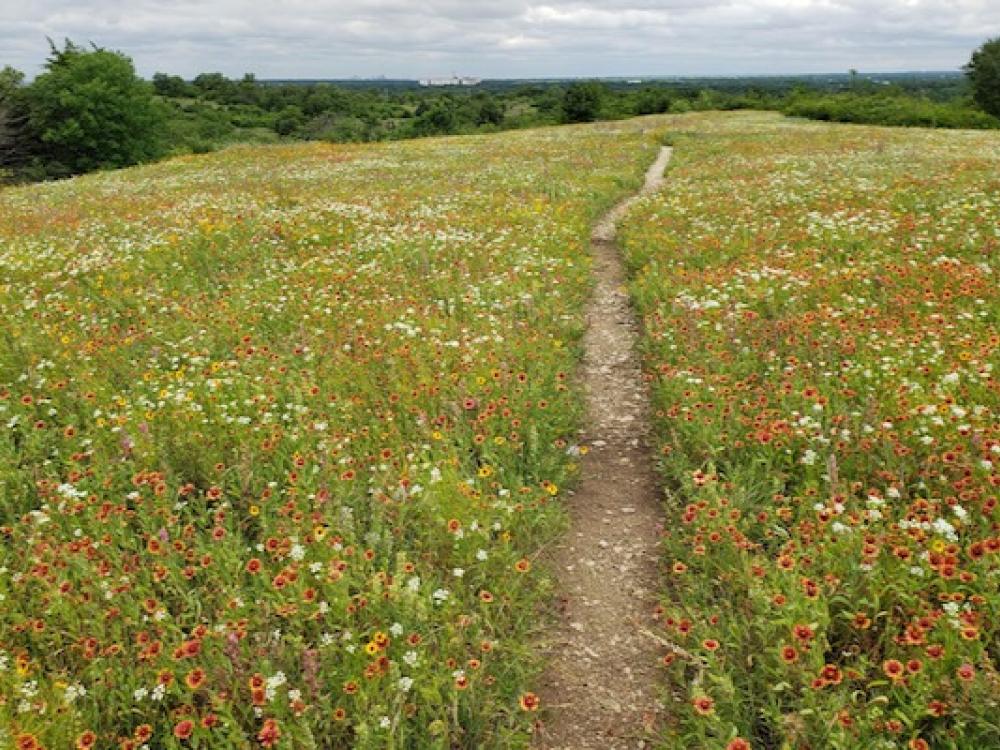 Tandy Hills Natural Area is a 200-plus-acre prairie remnant owned by the city of Fort Worth. Photo by Suzanne Tuttle.

A statewide prairie conservation group wants to ramp up its outreach in North Texas.

This week, the Native Prairies Association of Texas, an advocacy group for native grasslands, met its fundraising goal to hire a North Texas Outreach and Stewardship Director.

The new director will oversee stewardship of area prairie lands, facilitate conservation and acquisition and develop partnerships with other conservation organizations and local governments.

“We really need a presence up there,” said Kirsti Harms, executive director of NPAT, who is based in Austin. “Having a full-time staff member will allow us to have a consistent message and outreach.”

The group recently raised nearly $45,000 to match a Dixon Water Foundation grant to fund the position. Harms said they plan to post a job description after the first of the year.

According to NPAT, of the 20 million acres of tallgrass prairie that once existed in Texas, less than 1 percent remains, making it one of the most endangered ecosystems in North America.

The Native Prairies Association of Texas was founded in 1986 to educate Texans about the state's threatened native habitat.

In the 1990s, the educational group evolved into a land trust as well.

Today, the nonprofit either owns and oversees easements on nearly 5,000 acres across Texas. There are five chapters, including two in North Texas. The Blackland Chapter in Dallas and the Fort Worth Chapter both launched in 2014.

Harms said North Texas is unique because it still boasts many prime examples of undeveloped prairie, including some remnants within city limits, such as the Tandy Hills Natural Area, Fort Worth Nature Center and Refuge and Chisholm Trail Park in Fort Worth, Blackland Prairie Park in Arlington and the Clear Creek Natural Heritage Center in Denton to name a few.

She said those easily accessible public parcels are key to enlisting volunteers in the fight to save prairies.

Harms said saving prairies can be kind of a “hard sell.” But as people learn more about them, they began to see their complexity and wonders.

“There’s some beautiful prairies in North Texas,” said Harms. “I hate to lose them to expanding Dallas-Fort Worth suburbs, which is a major threat right now.”