'An Inconvenient Sequel' coming to DFW this summer 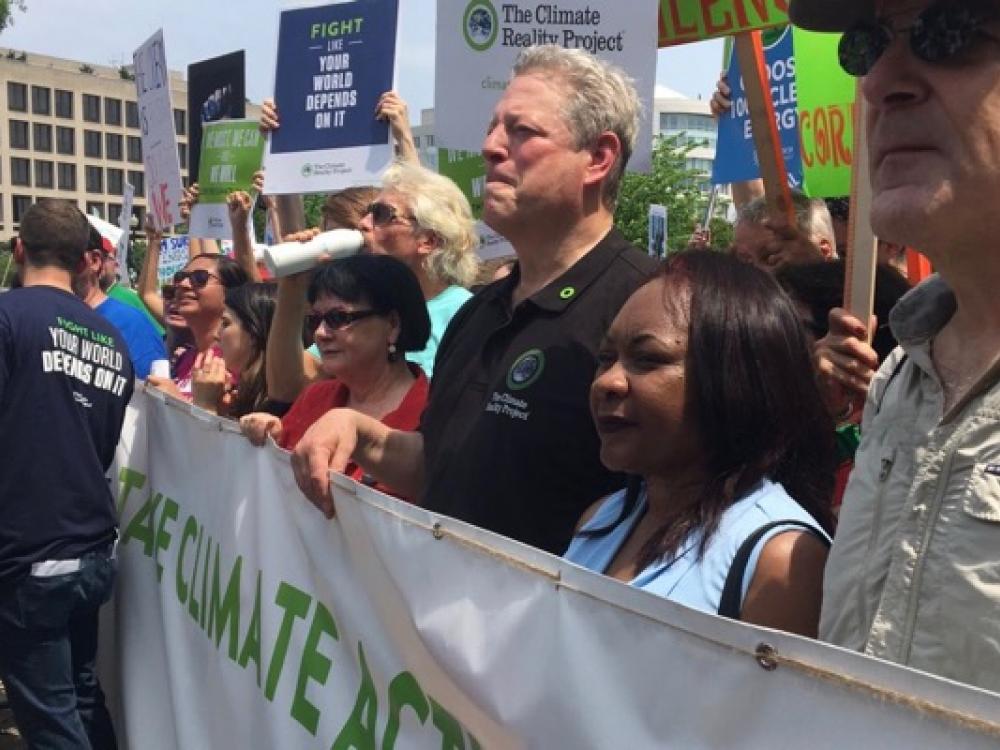 A decade after the Academy award-winning film brought the concept of climate change into popular culture, the new film is slated for distribution in August.​ Courtesy of AnInconvenientSequel.com's Facebook page.

A powerful sequel to Al Gore’s climate change documentary An Inconvenient Truth will hit Dallas theaters Aug. 3. AMC Grapevine Mills and AMC North Park will debut the film locally, followed later in the week by The Magnolia and other theaters throughout the Metroplex.

A decade after the Academy award-winning film brought the concept of climate change into popular culture, the new film, An Inconvenient Sequel: Truth to Power, was slated for widespread distribution in late July.

But President Trump’s decision to pull out of the Paris Climate Accord changed that, delaying the opening of the sequel by a few weeks to include updated footage of that decision. The U.S. now joins just Syria and Nicaragua as the only countries now not in the Paris accord. Nicaragua did not sign because it felt the accord did not go far enough in address emission issues. 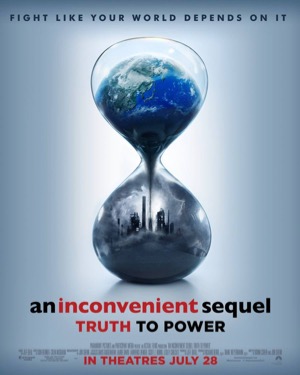 The trailer, which can be viewed here, shows the sequel includes powerful video of the further decline of the earth’s conditions as climate change continues. One scene shows the flooding of New York City during Hurricane Sandy.

“The most criticized scene of an Inconvenient Truth was showing how a combination of sea level rise and storm surge would flood the 9/11 memorial site and people were saying what a terrible exaggeration,” Gore said, while news video played showing the site being severely flooded in 2012.

The sequel also had an equally dramatic positive side, showing how nothing short of a global energy revolution is underway. Acres of solar farms, wind turbines and other renewable forms of energy across the globe are featured, as well and the now wide-spread consumer use of some products globally like electric cars.

“We’re seeing a tremendous amount of positive change,” the former vice president says in the documentary. “The basis is there, but it’s still not enough.”

The film follows Gore through the dramatic negotiations of the Paris Accord and its historic outcome.

“Virtually every nation in the entire world agreed to getting to zero emissions,” Gore said. “It’s unprecedented.”

Added to the film were Trump’s remarks on the campaign trail that lead to the complete reversal of U.S. policy on climate change.

“It’s time to put America first,” Trump said. “That includes the promise to cancel billions in climate change spending. Our plan will end the EPA.”

It should be noted that even though Trump reversed the U.S. position on the Paris Accord, under the terms of the agreement, the U.S. cannot exit the agreement until Nov. 4, 2020, the day after the next presidential election.

The film would not be complete without Gore making an impassioned speech about the future.

The sequel debuted to standing ovations at the opening night of the Sundance Film Festival in January. A Rolling Stones review at the time said: “like its predecessor, Sequel is unapologetically more concerned with advocacy than entertainment. The man is essentially preaching to the choir. Think of this movie as a tribute to the fact that he is still out there preaching nonetheless.”

Teresa McUsic is an Arlington-based writer focused on consumer, environmental and health issues. She's written for a number of local and national publications, including the Fort Worth Star-Telegram, the Dallas Times Herald and Cure Magazine. She can be reached at [email protected]