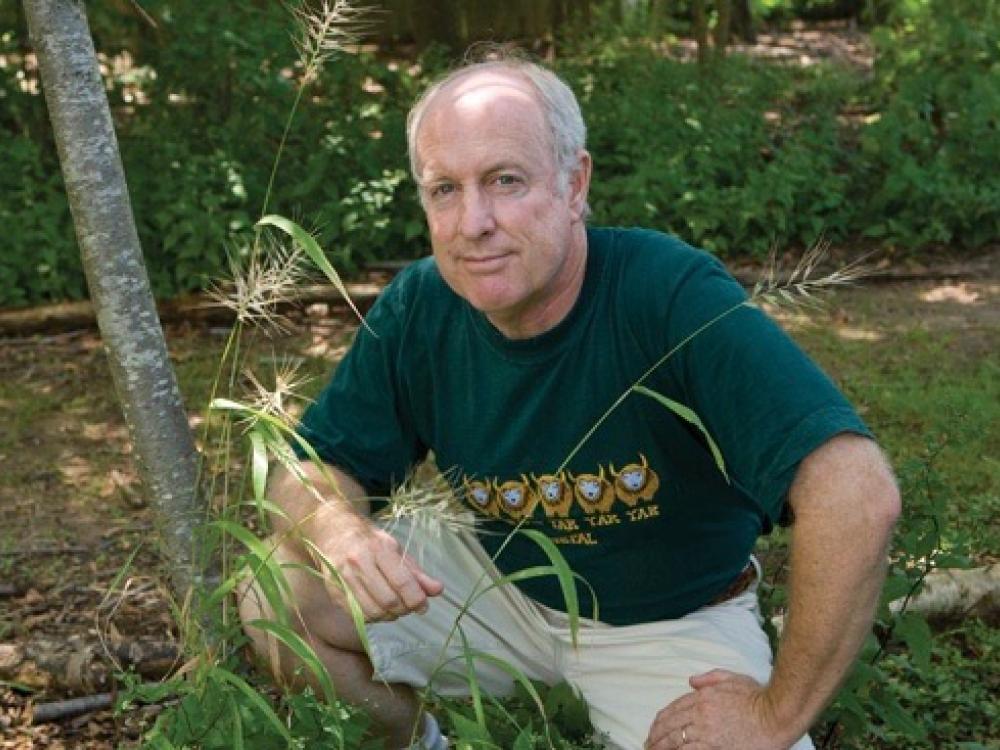 Dr. Doug Tallamy, the nationally-acclaimed author of Bringing Nature Home: How You Can Sustain Wildlife with Native Plants, will be speaking at the Bringing Nature Home event in Lewisville on Saturday, Jan. 14. ​ Photo courtesy of University of Delaware.

Native plants have been touted for their water saving properties and importance to pollinators in recent years but a professor of entomology and wildlife ecology says the need for native plants is more dire than many experts have let on. 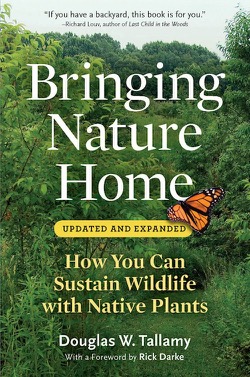 In addition, Dr. Mike Merchant, entomologist with Texas A&M AgriLife Extension, will speak about which specific plants will do well North Texas, and what native insects they support. The morning will wrap up with a panel discussion.

“We had seen Doug Tallamy's video and wanted to bring his message to the DFW area, so we decided to make a little mini conference," said Martha Peet, president of the Friends of Lewisville Lake Environmental Learning Area, which is hosting the event along with Lewisville Parks and Leisure Services.

Tallamy says most of us were taught that gardening is a way to express artistic talents, improve a property's appearance and provide a place to relax. That limiting belief has gotten us where we are today - facing the threat of climate change and the sixth mass extinction.

"We have to recognize that plants are more than decoration," he said. "We’re forgetting the other things they do."

The belief that nature is being adequately preserved in rural areas and parks is a false assumption, he said. He cites a statistic by University of Arizonia professor Michael L. Rosenzweig who asserts that humans have altered 95 percent of Earth’s surface so far.

“We have turned 54 percent of the lower 48 states into cities and suburbs, and 41 percent more into various forms of agriculture,” says Tallamy on his website.

Tallamy, a professor at the University of Delaware, said he had his epiphany about modern landscaping in 2000 after he and his wife moved to a new home in Pennsylvania.

“It was loaded with invasives species from China,” he said. “We had 10 acres that were essentially dead.”

Tallamy said insects have developed the physiological adaptations required to digest the chemicals in their host’s leaves. So if they encounter plants evolved on another continent, those insects will likely be unable to eat them.

Unwittingly, since our country's founding, Americans have been replacing native plants with highly invasive plants that provide almost no food for wildlife. In addition, we’ve waged a war on insects that he said is totally unnecessary and unsustainable.

“People have no problem spraying their homes with chemicals that we know cause cancer to kill insects that aren’t going to harm them. One exception is termites but the problem with other pests are just cosmetic issues.”

He adds that if the planet was insect free, humans would disapeer in a few months.

Tallamy says the ecosystems that support us rely on biodiversity, which generates oxygen and clean water; creates topsoil, buffers extreme weather events and recycles the mountains of garbage we create every day.

And plants and insects are at the heart of the system.

“All animals get their energy directly from plants, or by eating something that has already eaten a plant. The group of animals most responsible for passing energy from plants to the animals that can’t eat plants is insects.”

The amount of insects needed to support your neighborhood wildlife would surprise most urban dwellers.

“Caterpillars are disproportionately important to the ecosystem over other insects,” said Tallamy.

Meanwhile, insects that people often consider a nuisance, such as crickets, grasshoppers and spiders, are also highly valuable.

He adds that our parks alone don’t provide enough habitat to sustain urban wildlife. That's why our yards must be a part of the solution.

"The good news is that extinction takes awhile, so if we start sharing our landscapes with other living things, we should be able to save much of the biodiversity that still exists.”

About: Dr. Doug Tallamy, the nationally-acclaimed author of “Bringing Nature Home: How You Can Sustain Wildlife with Native Plants” will be speaking about why it is important to plant native plants in our residential landscapes to help support the bees, butterflies, and birds that depend on them for food sources. Another plus is that the use of native plants will also help reduce water bills.

The workshop will also feature Dr. Mike Merchant, entomologist with Texas A&M AgriLife Extension, who will speak about which specific plants will do well In our North Texas area, and what native insects they support. The morning will wrap up with a panel discussion that includes the two speakers, a homeowner, a landscaper specializing in the use of native plants, and a Neighborhood Services representative.