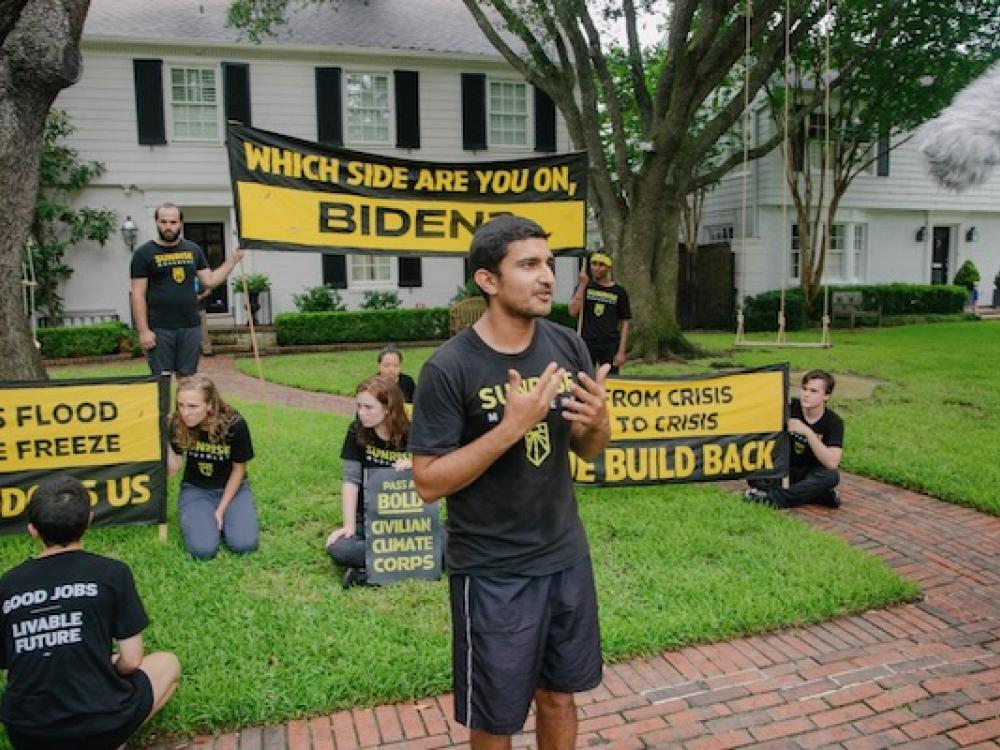 Aaryaman Singhal, one of the leaders of Sunrise Movement Dallas, speaks to youth activists who marched the last mile of a 400-mile trek from New Orleans to Cruz’s Houston home. Photo by Rachael Warriner. 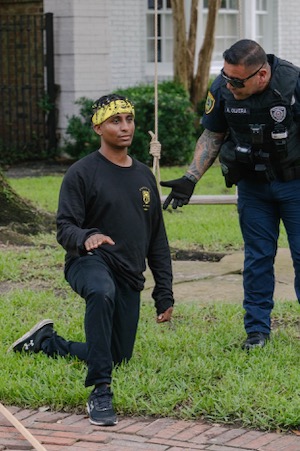 Kidus Girma from Dallas getting arrested by Houston Police. Photo by Rachael Warriner.

The demonstration was the culmination of a 400-mile march that started from the Superdome in New Orleans to raise awareness about global warming. The action drew as many as 600 activists along the way, according to Newsweek.

The Houston protest was mostly peaceful and the demonstrators were given multiple warnings before being arrested for trespassing, according to reports.

The group held signs such as “Our Homes Flood, Our People Freeze, Cruz Abandons Us,” and “No Deal with Climate Deniers.”

Senator Cruz drew fire earlier this year for fleeing to Cancun with his family during the historic Texas freeze in February. Cruz sought sunnier climes while Texans suffered below-freezing temperature for nearly a week and 4.5 million homes and businesses were without power, some for several days.

The Sunrise Movement activists also targeted President Biden, goading him to fight for climate legislation in the American Jobs Plan.

“Politicians like Cruz and Biden can’t sell my future away to their highest donor while Gulf South residents are losing their lives to storms like Claudette and the Texas Freeze,” said 26-year-old Kidus Girma, a Dallas Sunrise protestor who was among those arrested. “Our homes burn, our neighborhoods flood, our parents freeze, and they sentence us to death while talking about fake bipartisanship.”

The Sunrise protestors support the Civilian Climate Corps for Jobs and Justice Act, introduced by Senator Edward Markey and Representative Alexandria Ocasio-Cortez in April. It proposes a five-year program that helps communities respond to climate change, transition to a clean economy, and includes hiring 1.5 million Americans.