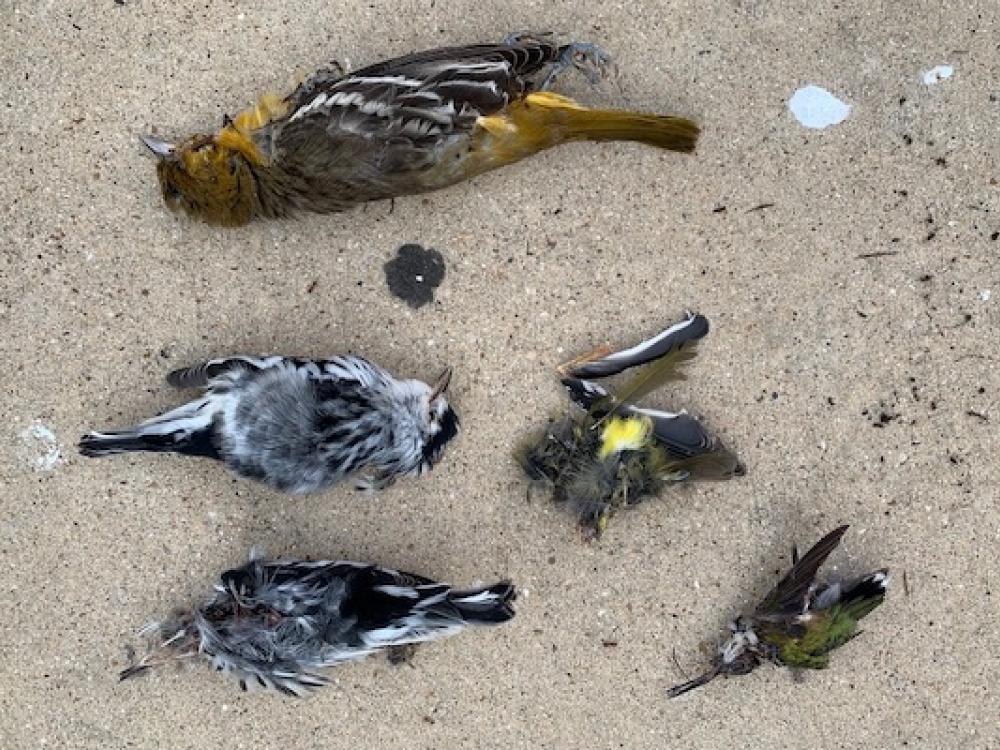 Birds collected in downtown Dallas this week are believed to have died from collisions with buildings after being disoriented by light pollution. Photo by Ben Jones. 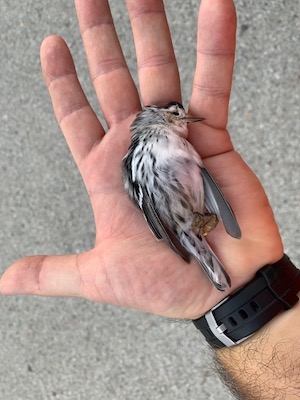 About 30 birds were collected in downtown Dallas this week, believed to be migrating birds that flew into buildings after being disoriented by the city's bright lights.

The survey led by Texas Conservation Alliance, a nonprofit wildlife advocacy group, is part of the Lights Out Texas campaign, which aims to protect migrating birds by reducing light pollution.

A black and white warbler was one of the birds collected in downtown Dallas this week. Photo by Ben Jones.

Lights Out Texas asks homeowners, businesses and managers of tall buildings to eliminate or reduce lighting between 11 p.m. and 6 a.m., Sept. 5 to Oct. 29, during the peak of the fall migration.

Each spring and fall, billions of birds migrate through the U.S., mostly under the cover of darkness, according to the Cornell Lab of Ornithology.

Light attracts and disorients migrating birds, confusing and exhausting them as well as making them vulnerable to collisions with building, says Cornell.

Dallas is among the top three most dangerous cities for migrating birds in the U.S., along with Houston and Chicago. That’s because of its location at the center of the North American Central Flyway combined with its lit-up urban sprawl. 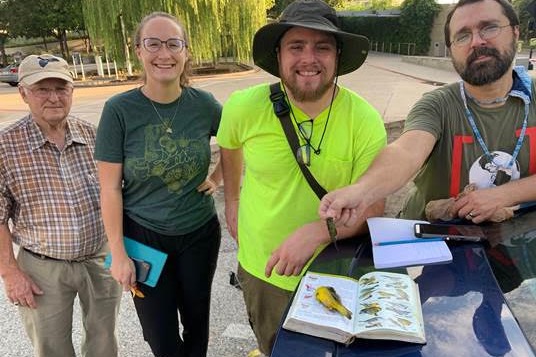 Ben Jones, executive director of Texas Conservation Alliance, is partnering with Cornell and the Perot Museum of Nature and Science to get the word out in North Texas.

For the past week, Jones has enlisted volunteers to survey downtown Dallas for birds fatalities. So far about two dozen volunteers have collected around 30 birds. Species found include warblers, hummingbirds, orioles and a coot.

The bird deaths will be reported to the Cornell Lab of Ornithology. The carcasses will be collected by the Perot Museum, under their U.S. Fish and Wildlife and Texas Parks and Wildlife salvage permits.

“Some will be converted to bird skins for educational purposes and others will be discarded,” said Jones.

The Cornell Lab of Ornithology has issued a BirdCast alert forecasting heavy bird migration this evening.

Texans can sign up for BirdCast alerts, to receive alerts of heavy bird migration in your area.

Read more about the Lights Out Texas program.

About: The campaign encourages homeowners, businesses and managers of tall buildings to eliminate or reduce lighting between 11 p.m. and 6 a.m.

BirdCast: Sign up to get alerts about current bird migrations