Texas activists weigh in on legislative wins and losses 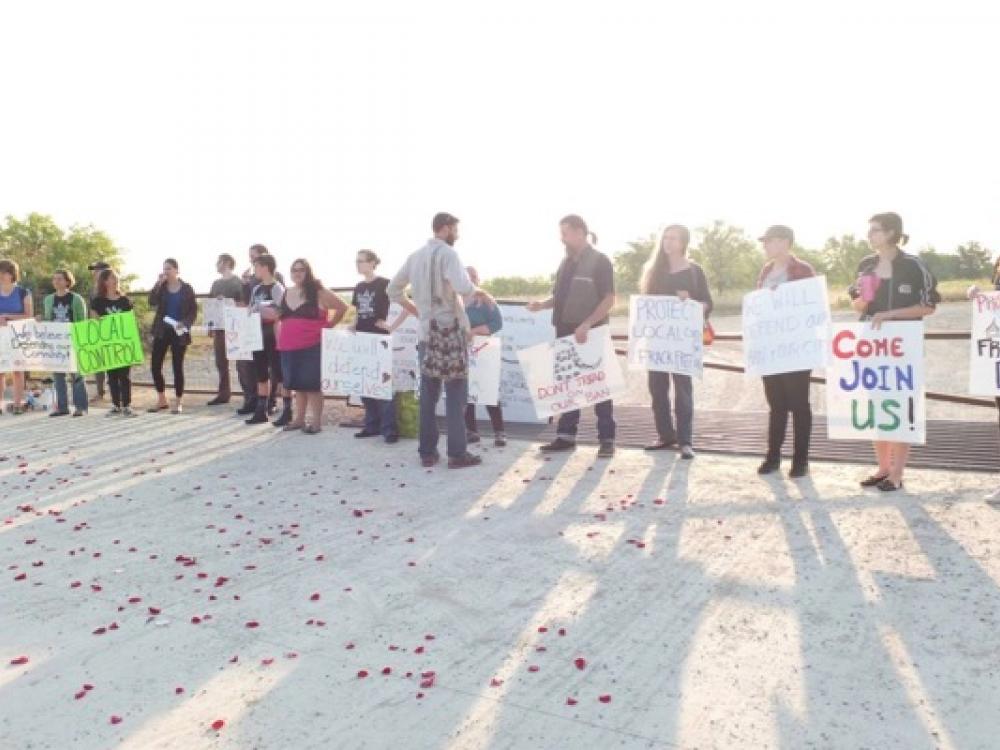 Austin-based Texas Campaign for the Environment provided a wrap-up of environmental outcomes of the 86th Texas Legislature at a recent Dallas gathering.

The grassroots anti-pollution group’s scorecard delivered to supporters amid drinks and light bites at Times Ten Cellars came as no surprise:

Won a few and lost a very many more.

But TCE leaders Andrew Dobbs and Corey Troiani were undeterred. They immediately announced what’s next - unrolling a campaign to strengthen state benchmarks for toxin levels used to prioritize waste site cleanup. Toxins as dangerous as benzene, lead and hexavalent chromium.

Who is affected? You if you pay taxes, or if you, your kin, your friends or fellow residents find a waste facility proposed for your neighborhood. Or if you’re simply civic minded and want to attend a permit hearing or even a protest.

You’ll care about the group’s #CleanUpTx campaign, if you live near any of the 5,553 or more waste sites across Texas that have, as a TCE study found, needed cleanup or assessment for cleanup. North Texas has the state’s second-thickest cluster of waste sites, by the TCE study’s map, led only by Houston.

Wins by TCE and allied environmental and public-interest groups were: 27 “green” bills filed, notably, by legislators of both chambers and parties. Of those 27 bills, seven made the first hurdle of being heard in committee. Of those seven, only two were passed by legislators and signed by the governor.

One bill, now law, raises the application fee for waste permits, putting more of the cost on the operator and less on taxpayers. The other requires the state environmental agency, Texas Commission for Environmental Quality, to actually visit sites of proposed waste facilities before giving out permits to operate. Someone might be living downstream, downhill or downwind from the toxic runoff or dust plumes, you know?

Several other environmental bills, although ultimately failing, kept important concerns in the public eye, such as local government control over issues with local impacts, such as ditch-littering, duck-choking, petroleum-based single-use plastic bags.

A big, 11th-hour reversal over criminalizing public protest occurred in the session’s battle by TCE and others, as covered previously by Green Source DFW. Some of the severe penalties for non-violent actions in the original House Bill 3557 by Rep. Chris Paddie (R-Marshall) were briefly reduced during Senate consideration from felonies to misdemeanors. But in the last hours for legislator action, when the conference committee of both chambers met to finalize the bill, the felony charge for impeding or interrupting operation of facilities was reinstated.

Other measures by right-leaning legislators, albeit unsuccessful, would have ended local protections of trees, the independent hearing venue for industrial permits, and city and county limits on waste facilities - including, radically, even limits by zoning.

More measures unpopular with the public that TCE, cities, consumer advocacy group Public Citizen, Sierra Club and others fought against - measures that ultimately failed - are posted at Texas Campaign for the Environment.

Despite the introduction in both chambers of bills for cleanup of toxic waste sites and concomitant reduction of cancer risk, the issue got no Capitol hearing this session - even with the endorsement of a major real estate developer.

So at the June meetup, TCE program legislative director Dobbs, announced the launch of #CleanUpTX, a statewide petition drive to urge TCEQ to tighten its standards.

The drive takes aim at the thousands of old industrial and waste sites across Texas that contain possibly toxic residue that can spread, and has been spread by recent extreme weather events. Some are covered by the now severely defunded federal Superfund program, others fall to the state’s oversight.

“This was highlighted by Hurricane Harvey,” said Dobbs. “Pollution washed into waterways and homes, and little attention was paid to the pollution, only to the flooding. We have to clean up before storms come.”

The most significant problem with these sites that TCE found is the state pollution benchmarks.

“In Texas these numbers are in many cases dozens, hundreds, or even thousands of times weaker than the benchmarks used in other states or the federal government,” their study reported. “We allow about 14 times more soil pollution than the benchmarks used by the federal Superfund program, and 35 times more groundwater pollution. For some chemicals it is much worse, like hexavalent chromium (the chemical making everyone sick in the movie Erin Brockovich), which Texas allows at 1,500 times the federal level.”

These allowed levels are worse than in nearby states, even those without strong environmental rules.

“Texas would sign off on residential developments on polluted soils unfit even for industrial uses in Louisiana or Mississippi,” TCE alleged, based on the states’ benchmarks.

And once state “cleanups” are finished, even to such comparatively lax standards, the sites are no longer eligible for potentially stricter programs.

When even many small businesses such as dry cleaners and gas stations shut down or when waste sites are abandoned – especially old or illegal unregulated dumps – the communities around them are left with a mess, according to TCE’s website. Without a clean up, entire communities can get sick.

“The Superfund program is the most notable [responsible program] and covers the most significantly polluted sites anywhere, putting them on its ‘National Priority List’.”

There are also cleanup programs for certain types of regulated waste facilities and for old federal properties like military bases. Finally, there is the federal Brownfields program - for basically, abandoned sites with possible toxic loads - which provides grants to local governments that apply to assess sites and clean up some.

Texas state cleanup programs include a program for old dry cleaners, underground storage tanks, a state Superfund program modeled on the federal version but for slightly less polluted sites, and a series of programs to help landowners discharge any pollution liability by agreeing to state-designed cleanup protocols.

As for Texas, at least 5,533 sites are listed as needing cleanup, or assessment for cleanup.

TCE calls for the calculation of the Texas benchmarks strengthened to equal the cancer risk levels used by the federal government in benchmarks followed by Oklahoma, Arkansas, Louisiana and Mississippi.

The CleanUpTx petition calls for:

1. Changes to the protective benchmarks used to assess pollution risks that will make them as strong or stronger than the figures used in nearby states…to tighten the cancer risks Texas tolerates…

2. Stricter scoring guidelines for assessing sites, so that sites of known high levels of pollution very close to homes, churches, schools, workplaces and waterways will not be allowed to go without remediation or even further testing for potential risks.

3. More thorough involvement of local officials - cities, counties, and school districts - in the remediation process, at the very least notifying them of potential risks in their jurisdictions.

He said they're going to reach out to medical professionals, clergy, real estate, religious leaders, to join the petition.