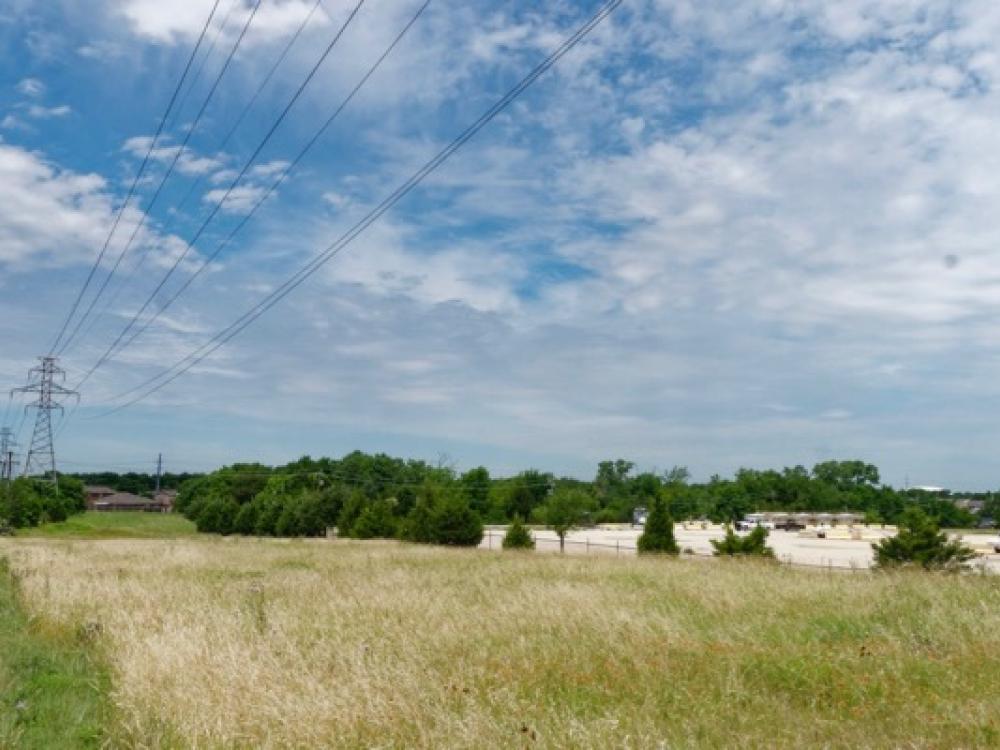 The City Council rejected Total's request to drill three new wells at a site near a daycare center. Photo by J.G. Domke.

On Tuesday evening, Arlington City Council voted down a proposal by a French energy giant to drill new gas wells, after pushback led by Liveable Arlington.

The vote was 6-3 opposed with Dr. Ignacio Nunez, councilman for District 5, District 4 Councilman Andrew Piel and Councilwoman Helen Moise of District 1 voting to approve the permit.

The gas wells would have been just over 600 feet — the minimum amount of space required between drills and protected property — from a local daycare center, according to the Star-Telegram. 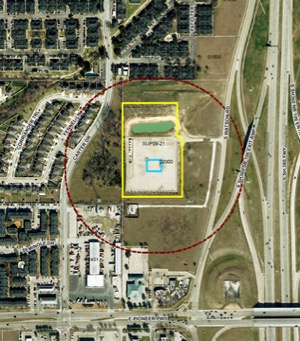 In March, they had hoped the Arlington City Council would approve their application to drill new wells at the site at 2000 S. Watson. But the vote was postponed until June.

Natural gas had been pumped on the pad for nine years. The site was located next to Highway 360 so no residential streets would be used for drilling three new wells on the pad.

But a lot had changed since March. The coronavirus outbreak had forced the city to shelter in place for going on three months. Last night’s remote session featured council members linking up from their homes and residents waiting in online queues to speak at the public hearing.

In addition, the vote came amid a national uproar over racial injustice ignited by the police killing of George Floyd.

Over the weekend, the city had received more than 30 complaints about the proposed drilling in the Arlington neighborhood, which according to the Houston Chronicle, is predominantly Latino and African-American.

Kevin Strawser, media relations manager for Total, said they would be happy to put up a sound barrier around the wall, to build a concrete wall around the well site, use a quieter electric drill instead of diesel and have a noise monitor so as to not disturb anyone.

Founder and president Ranjana Bhandari started her testimony by thanking the Council for pledging to fight racial injustice, earlier in the session.

She and others went on to point out the unfairness of the proposed plan to drill in a neighborhood already wracked by inequities. She noted that there was a higher than average number of Covid-19 cases reported in the 76010 zip code, Arlington’s District 5, which runs along Highway 360 from Division to Pioneer Parkway and west to Bowen.

Bhandari cited a recent Harvard study showing there is a link between air pollution and higher death rates from Covid-19.

“This is a very troubling study as fracking is associated with higher pollution.”

Thirteen residents testified by phone including Wanda Vincent, owner of Mother’s Heart Learning Center. She said she located her day care center in the neighborhood 17 years ago, where her clients are 80 percent African American and 20 percent Latino, to target an underserved population. Today, the fracking operation backs up to the children’s playground.

Vincent said she has concerns for the health of her children and her staff.

“That’s the number one reason I’m calling in, is for the safety of our children and making sure we keep them safe each and every day.”

“All aspects that cause health inequities need to be addressed,” she told the council.

She went on to say that it’s known that environmental pollution can create adverse health outcomes and that low-income, communities of color “have an unequal burden of this exposure.”

Mary Brandt from Arlington added that, “Fracking impacts the health of Arlington citizens and their ability to fight this virus and other diseases.”

Jane Lynn told of her “first-hand experience living next to a gas well site” remembering back in 2011, “I would not wish this on my worst enemy.”

She has since moved but remembers sleepless nights and made “hundreds of complaints” to TCEQ and everyone came back stating “no violation found.”

She told how she thinks “It’s a fallacy that TCEQ is protecting our air.”

After the testimony, Councilman Nunez gave a dire warning. He spoke about how the city of Denton had voted to ban natural gas drilling within the city limits in 2014, but six months later, the Texas state legislature passed House Bill 40 by an overwhelming majority, legislation ensuring that cities can’t ban fracking.

“If we vote tonight to ban drilling natural gas wells, I guarantee you that we are going to be in court and we don’t have money to take this all the way to the Texas Supreme Court.”