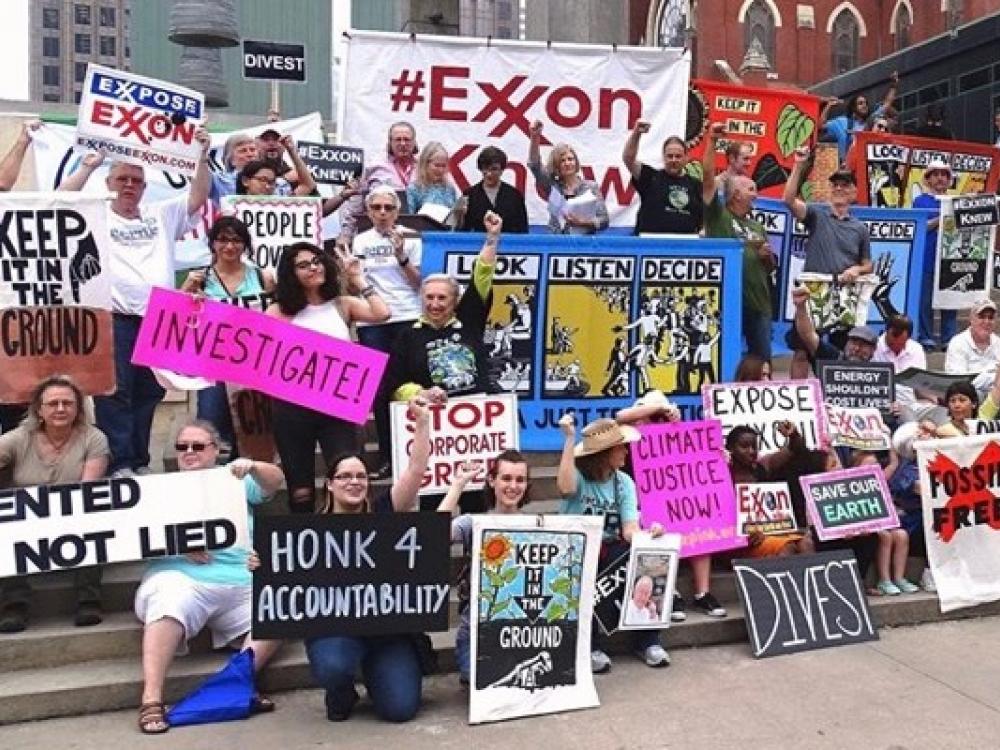 The Coalition for Environmental Justice North Texas is organizing the ExxonMobil Shareholders Meeting Protest on May 31 in downtown Dallas. Above, Dallas protestors at the #ExxonKnew rally held in May last year. Photo courtesy of the CEJ-NTX.

A new Dallas-Fort Worth environmental coalition is hosting its second rally next week in Dallas, once again bringing attention to change change. The Coalition for Environmental Justice - North Texas is organizing the ExxonMobil Shareholders Meeting Protest on May 31, starting at 7:30 a.m.

The rally will be held at the corner of Flora and Crockett, across from Morton H Meyerson Symphony Center in Dallas. A group photo will be taken at 8 a.m., followed by a press conference at 8:15 a.m.

“With Trump making ExxonMobil's CEO, Rex Tillerson, Secretary of State, the fossil fuel industry has solidified control of the U.S. federal government and is now using its new position of power to declare all-out war against climate science and any attempt to shift humanity away from the use of fossil fuels,” reads the event invitation.

The group’s first project was organizing a sister People's Climate March in Dallas last month in Dealey Plaza, which drew about 300 demonstrators.

Stuard said he’d been wanting to see a coalition of various environmental groups in North Texas, specifically to address climate change, an issue that cuts across idealogical lines.

“We all have the same enemy - corporate interests that influence government. There needs to be a united front against those forces,” he said. “I think we have a very good base."

The protest is timed with ExxonMobil’s annual shareholder meeting in Dallas. Stuard said Exxon Mobil bears additional scrutiny in light of its attempt to suppress evidence that fossil fuels contributed to climate change.

“They knew about effects of global warming back in the 70s and launched a disinformation campaign.”

He said he’s hoping the CEJ-NTX can be more than a protest group but a political voice to get needed change done.

“We’re going to up our game. We have to fight back. It’s our future.”

Where: Corner of Flora and Crockett, across from Morton H Meyerson Symphony Center in Dallas.