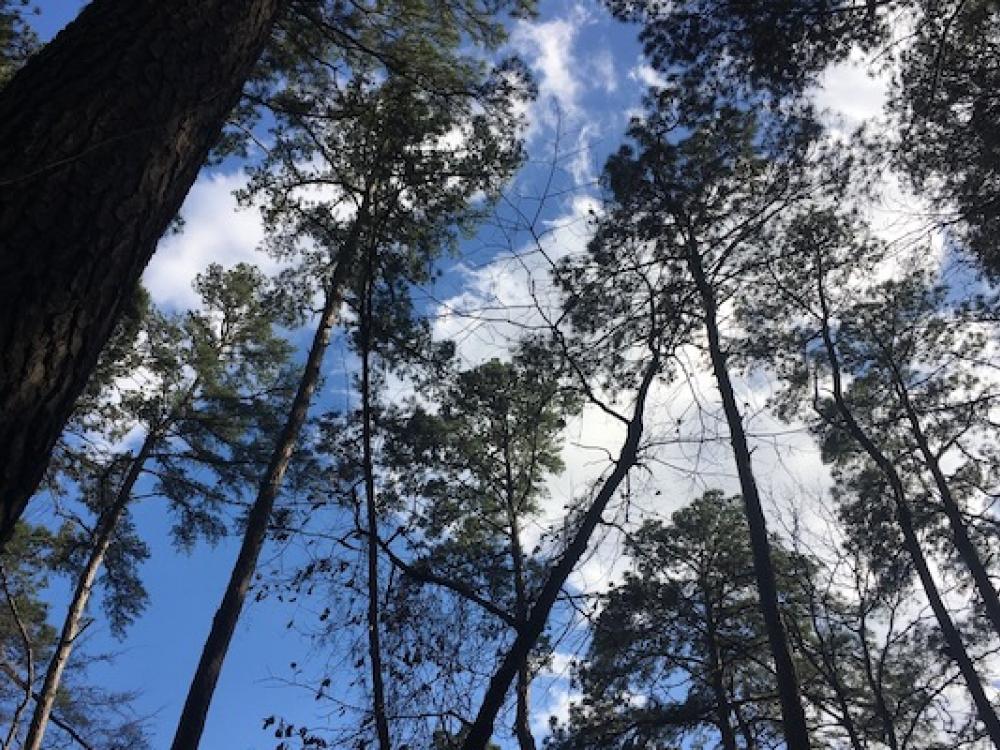 Austin College prof George Diggs says the plant hardiness zone has changed in Grayson County since he moved there in the 1980s. Pine trees at Tyler State Park. Photo by Julie Thibodeaux.

Reporter Marshall Hinsley speaks to Dr. George Diggs, a professor of biology at Austin College and research associate at the Botanical Research Institute of Texas and coauthor of Shinner's and Mahler's Illustrated Flora of North Central Texas and Illustrated Flora of East Texas, about the effect of climate change on Texas native plants.

MARSHALL HINSLEY: Texas plants have a message for us climate change is real. In this episode of the Texas Green Report, we'll hear how the state's native flora is already changing because of global warming, and how those changes can affect other plants and animals and even people. The Texas Green Report is a production of the Memnosyne Institute and Green Source DFW. I'm Marshall Hinsley.

You know how there are certain days when you just feel like being outside maybe going to the park. That's usually because the elements of the weather are just right, a perfect temperature, blue skies above, a gentle breeze. We humans all generally have the same sweet spot when it comes to optimum climate conditions when we perform at our best, and plants do too. Each species has its own ideal climate for optimum vitality, the right amount of heat and moisture with no extremes. And although plants like people have a certain amount of tolerance for the climate to shift one way or another, if it gets too hot, or too dry, or too anything, they begin to suffer. And if the elements go to the extremes, like say from an extended heat wave or massive flooding, plants just like people can fail to thrive and even die.

We wanted to know what's going to happen to the Texas landscape as the state heats up. To find out we turned to an expert on the topic of native Texas flora. George Diggs is an evolutionary biologist with more than three decades of experience on native Texas plants. He teaches Environmental Studies at Austin College in Sherman and has coauthored three books on Texas plants through the Botanical Research Institute of Texas. He says the science on climate change is settled. The planet is warming and the changes that that warming is brought to the region's climate are easily seen in plants that have lived in the state for eons, but are now struggling or even disappearing.

George Diggs is a research associate at the Botanical Research Institute of Texas. Courtesy of George Diggs.

MARSHALL HINSLEY: One example says Diggs is the American beech tree, a holdover from the last ice age that thrives in cooler states, but still grows in some of the milder spots of East Texas. But the temperatures there are at the upper limits of the tree’s tolerance. Just a slight increase in the average temperature in that region will be too much for it. As the climate warms, the species will disappear from the Big Thicket and East Texas,

GEORGE DIGGS: “That's the kind of species we’re concerned about. Concerned that it could be lost to Texas as the climate continues to warm. And there’s a set of species. I like to think of this as just one example of a group. So another example, is something called beech drops. And it’s a strange little plant. It is a parasite and it grows only on the roots of the beech tree. So this little thing called beech drops, it sends up at a certain time of the year, these little stocks that bear the flowers. It is not photosynthetic, so it’s not capturing light, like other plants. It sinks its roots down into the beech plants roots. It’s feeding off the beech tree. And so, but it's a very interesting small little plant just, oh, I don't know, 6, 8 to 10 inches tall, something like that, and it has flowers, and it cannot live without beech. And so if we lose the beech, we lose the beech drops.” 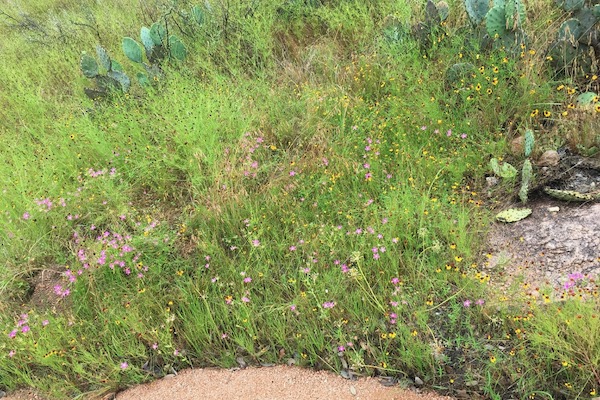 MARSHALL HINSLEY: Diggs says that losing a plant species in Texas can greatly affect animal species like butterflies, bumble bees and hummingbirds that rely on the plant for food. But the relationship between plants and animals can be broken merely by their timing being thrown off as summer heat arrives earlier in the year and lingers longer into the fall.

GEORGE DIGGS: “Some interesting studies in Europe for instance, looking at what's called a loss of synchrony. So it’s a timing problem. So in many places, birds for example, feed on certain insects. Or insects are crucial pollinators for certain plants. But what happens if the climate changes and a plant starts flowering and goes through its lifecycle before its pollinators have finished hatching and growing to adulthood?

MARSHALL HINSLEY: Diggs says a warming climate can also hurt plants by being more hospitable to plant pests. When the winter isn't cold enough to kill off certain insects, they overwinter and emerge in larger numbers in the spring and take out whole regions of their favorite plants.

GEORGE DIGGS: Another example of something, that if people have watched the news, they would have heard about all the wildfires in the western U.S. This is something that's been a very big deal. And it’s not just in California, it’s all across the west. It’s all way up into Alaska. There are large areas of forest that have died, and then there’s all of this additional dead material, which makes those fires susceptible to burning. And one of the reasons that some of these forests are burning, now goes back several years to when they were outbreaks of what are called bark beetles. So there's a little insect, a different species, depending on where you’re at, but little bark beetles that will actually kill trees. We see that happening as the winters become warmer. And as the summers become warmer, both of these reasons, allow these beetles to expand and to be more damaging than they were before.

MARSHALL HINSLEY: For Diggs, the climate change debate is settled science. And those who still deny the science of global warming do so from the luxury of never actually having to plan their activities, or a livelihood, around the climate.

GEORGE DIGGS: “These things are all connected, whether we're talking about bees, or bats, or whether it’s some plants that may not, you know, or are the hummingbirds going to migrate too early to pollinate some plants? We simply don’t know the answer to many of these questions yet. What we do know is that the climate has changing. The evidence now is just so dramatic. And people who actually have to know something about how plants live. And if they want to grow them. You can go to, for example, the USDA and you can find information about climate, what we call hardiness zones. Gardeners always talk about hardiness zones. And we know over the past 25 years that hardiness zones have actually changed here in North Texas. So I live in Grayson County, which is about an hour north of Dallas. It’s right on the Oklahoma border. And when I moved here in the early ‘80s, we were in plant hardiness zone number seven, and that’s based on a certain annual minimum temperature. Now, I live in plant hardiness zone number eight. That zone has moved to the north. So plants that could not live here, when I moved to Texas, now are able to survive. And some of these are pest plants that causes problems. And we see this in a variety of places. But these plant hardiness zones have shifted all across the US.

"I spent a lot of time studying Texas plants, particularly Texas native plants. And from my perspective, the evidence is already there that climate change is affecting native Texas plants." - Dr. George Diggs

MARSHALL HINSLEY: So what's in store for the state’s iconic species of plants like the annual displays of Texas bluebonnets, or the rustic mesquite tree or the prickly pear cactus? Diggs says we don't know all the specifics, but we can look at a variety of plants where changes are already occurring and make predictions.

GEORGE DIGGS: I spent a lot of time studying Texas plants, particularly Texas native plants. And from my perspective, the evidence is already there that climate change is affecting native Texas plants. And the potential for affecting them very seriously in the future is very real. In fact, there are dozens of plants, native Texas plants, that if present trends continue may be at risk of being lost in the future. Because some of these plants only occur in one or a few counties now. They are rare in Texas. In some cases, they occur nowhere else in the world but Texas. And so we see some of these plants are in danger of being lost from the state.

MARSHALL HINSLEY: You can learn more about climate change in Texas and what people are doing to address the global warming crisis by visiting our website, GreenSourceDFW.org.