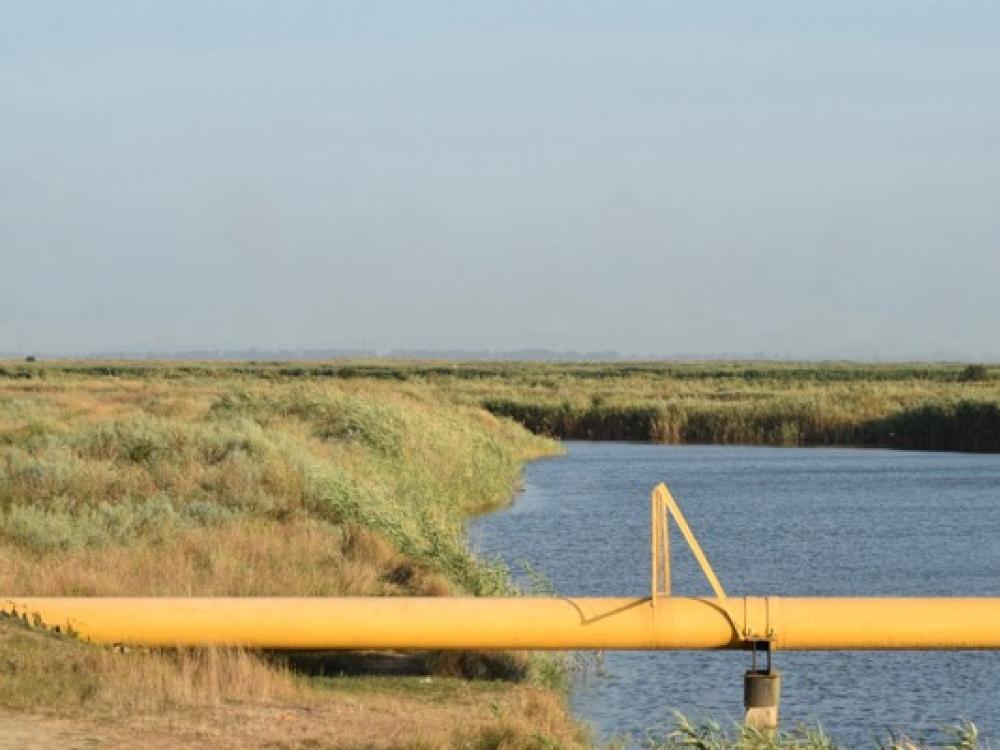 HB 2771 allows the state to regulate the discharge of frack water into Texas lakes, rivers and streams.​ Photo courtesy of Storyblock.

Texas legislators are known to unwind over a cold one after a long day’s work at the historic Scholz Garten down the street from the State Capitol. What if the brew they’re downing contained the industrial toxins that certain members support pouring into Texas lakes, rivers and streams?

Would they flinch as the corporate mogul did when activist Erin Brockovich offered him a radioactive cocktail? - a scene played out in Stephen Soderbergh’s classic 2000 film.

Two House bills that raised serious concerns for Texans’ health, safety and hearing rights died last week, but the one with the “frackwater cocktail” got through.

On May 15, HB 2771 passed, allowing the state to regulate the discharge of frack water into Texas surface waters.

Fortunately, two other bills vigorously fought by environmentalists, HB 2269 and HB 3114, were not even voted out of the House Calendars committee in time for hearing on the House floor. The first - “more nuke waste for cheap,” per one environmentalist - would have allowed into Texas more out-of-state radioactive waste, and lowered government fees for it.

The second would have changed hearings for residents’ protests against heavy industry permits that affect them, moving the venue away from the State’s impartial hearing agency and into the agency that permits these same potentially polluting projects. Fox in charge of the henhouse?

But the legislature’s May 6 deadline for the House calendar came and went, so both measures are now deceased.

HB 2771 starts a process to put the state in charge of regulating oil and gas wastewater release into Texas lakes, rivers and streams.

Currently this very important regulatory duty is overseen by the EPA. The bill authorizes the Texas Commission on Environmental Quality to apply to the EPA to delegate its permitting authority over wastewater release.

Environmentalists are concerned the state won't be as stringent as the EPA.

HB 2771 passed the House April 17 and got a booster shot in the relevant Senate committee last Thursday. Natural Resources stripped a House amendment by first-term Dallas Rep. John Turner that would have postponed the deadline to apply for permit delegation until September 2021. Opponents of the bill were “hopeful,” said Reed, that the two-year interim period might have allowed the EPA, in a new political climate, to at least require standards “for all those fracked chemicals.” Now the deadline is this September, 14 weeks away.

“All those” means up to 1,600 chemicals, many of them highly toxic, that are used in oil and gas production by hydraulic fracture, reported Rita Beving of consumer watchdog nonprofit Public Citizen in an April email alert.

“While the bill states the water must be ‘treated’ before being discharged, no standards exist for testing or treating the vast majority… of the chemicals found in fracking wastewater,” stated Adrian Shelley, Texas director of Public Citizen.

Texas law allows companies to keep secret the names of many of the toxic chemicals in fracking fluids, calling them "proprietary."

So how can tracking and testing unnamed pollutants even be possible?

Texas law allows companies to keep secret the names of many of the toxic chemicals in fracking fluids, calling them "proprietary."

Dr. Zach Hildenbrand, with a team of scientists at University of Texas at Arlington and others, has worked to do so for more than six years. Their findings were published on the water quality in 550 private artesian wells across the Barnett Shale, the petroleum-bearing formation that fans out from northwestern Dallas County and Tarrant to the north, south and west.

“Arsenic, selenium, strontium and total dissolved solids…exceeded the Environmental Protection Agency’s Drinking Water Maximum Contaminant Limit… in some samples from private water wells located within 3 km of active natural gas wells,” as their 2013 study was reported in Environmental Science & Technology. “…Methanol and ethanol were also detected in 29 percent of samples.”

A larger study published in June 2015 “found volatile organic compounds such as benzene, toluene, ethylbenzene and xylene, or BTEX, in more than two-thirds of the wells sampled,” reported Neela Banerjee in Inside Climate News. “Benzene is a carcinogen, and the other compounds can damage the nervous system. An industrial solvent called dichloromethane, or DCM, was found in 121 samples, or more than 20 percent of the wells.”

“The chemicals and some of the metals are commonly found in fracking fluid - and in produced water that comes up the well-bore with natural gas, according to the authors…”

"In the counties where there is more unconventional oil and gas development, the chemicals are worse," Hildenbrand was quoted. "They're in water in higher concentrations and more prevalent among the wells. As you get away from the drilling, water quality gets better. There's no doubt about it."