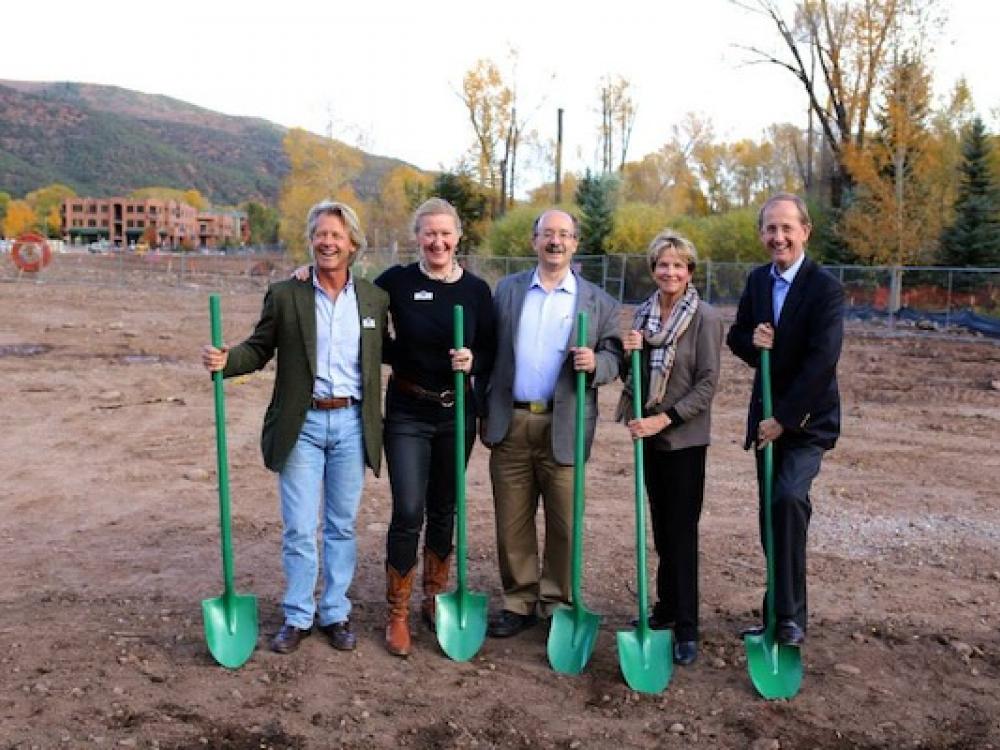 Amory Lovins, center, at the groundbreaking of the Rocky Mountain Institute headquarters in 2014. Lovins will speak on June 12 at 10 a.m. on Zoom, hosted by the North Texas Renewable Energy Group. Courtesy of RMI.

Gas and electric suppliers are facing an uncertain future, and that’s a good thing, according to Amory Lovins, cofounder of the Rocky Mountain Institute.

The clean energy expert will present his observations and predictions for the worldwide energy industry during his online appearance at the North Texas Renewable Energy Group meeting on Saturday, June 12, at 10 a.m. on Zoom. 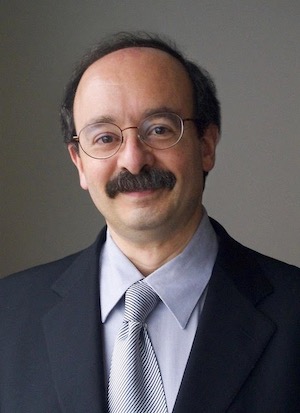 Lovin's presentation titled Disruptive Energy Futures is free and open to all who wish to join in the discussion.

According to NTREG member Paul Westbrook participants will learn how almost everything assumed about the oil and electric industry for the past several decades will be turned upside down by a disruption from unforeseen innovations and changes in how we power our daily activities.

“We think things are always going to be the way they are, because that's the way they are,” Westbrook says. “But the energy industry is actually undergoing quite a radical transformation right now. Coal use has declined rapidly. Oil is beginning to – electrification is beginning to take over in vehicles. Battery technology is coming down in cost. So [Lovins] kind of looks at the entrenched oil and gas industry that we've grown up with, and been so familiar with, and all of these changes that are coming at them that are now more economical, which almost always drives a major change in society.”

Westbrook says Lovins is a longtime renewable energy researcher and advocate who will address how current energy behemoths face at least eight simultaneous disruptors that will transform technologies, institutions, finances and business models.

Lovins cofounded the Rocky Mountain Institute in 1982. As an independent, nonpartisan, nonprofit organization of experts in multiple disciplines working to accelerate the clean energy transition and avert a climate change catastrophe, RMI has more than 300 staff members advocating for sustainable energy throughout the world.

For decades, Lovins has argued that the world’s societies have a choice between taking a so-called soft path to secure an energy supply built on a foundation of energy efficiency and renewable energy sources, or the hard path that requires endless oil and gas exploration, increasingly costly extraction methods and deadly military intervention brought on by competition for dwindling resources.

Westbrook, a retired efficiency expert in the semiconductor industry, met Lovins in the early 2000s when a mutual acquaintance brought the two together to discuss their mutual interest in efficiency and renewable energy. They’ve built a friendship and working relationship since then. A longtime member of the North Texas Renewable Energy Group that helps local residents understand clean energy options and make the transition to renewable energy, Westbrook says Lovin’s message is sure to inspire attendees and encapsulate the groups’ mission. 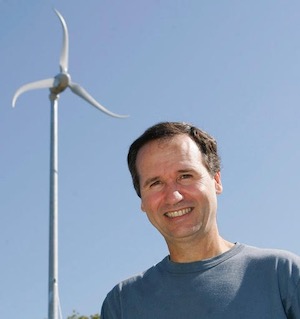 For his part, Westbrook has written The Joy of Efficiency, which chronicles his own lifelong quest to live as efficiently as he can. In the book, he shares his own early adoption of electric vehicles and a renewable energy powered home, which incidentally helped his family brace the disastrous winter storm of February 2021. The home experienced indoor temperatures that never fell below the 60s in spite of prolonged power outages from the Texas electric grid because of its efficient construction that reduced heat loss and solar panels that generated power during the day.

Westbrook says the upcoming presentation is a timely reminder in the wake of the recent statewide failure of the power grid that the energy choices we make now can affect our daily lives for decades. Through the talk, he hopes online attendees gain an understanding of what's going on in the energy world and become more motivated to make the transition to renewables.

“It's very cliche, but if one person does it, it doesn't really make a dent in our society,” he says. “But if thousands, and then hundreds of thousands and millions of people begin to make behavioral changes, then that's when transformation really happens. So I look at Amory as a very inspirational figure. I really hope people walk away with an inspired sense of purpose to go and be part of this solution for all of our energy issues in the world.”