Paddlers, runners to pick up trash at Dallas parks 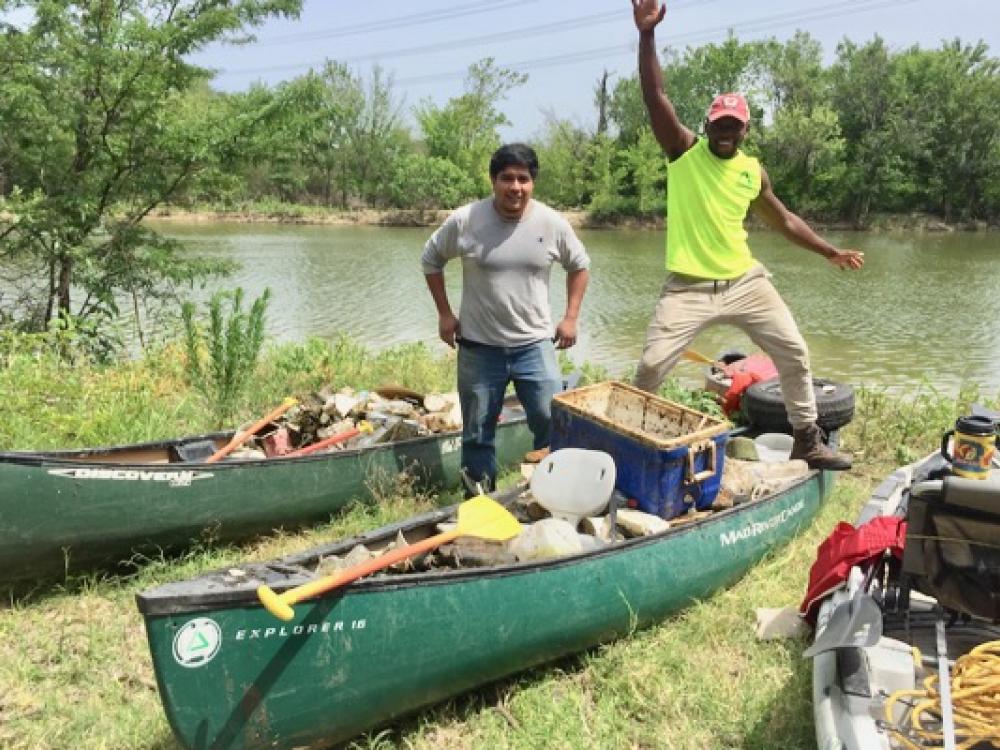 The Elm Fork Canoe Clean Up and The Trash Dash 5K are being held in May and June.​ Photo courtesy of Groundwork Dallas.

Two events coming up offer creative ways to enjoy the outdoors while cleaning up local parks.

A paddling trash bash is being hosted by Groundwork Dallas, Dallas Downriver Club and Trinity Park Conservancy on June 9. The other is a plogging race, called the Trash Dash, hosted by the Environmental League of Dallas on May 11.

The paddling event on Sunday features a 5-mile trip down the Elm Fork of the Trinity River, picking up trash along the way, before landing at the Frasier Dam Recreation Area.

According to Aaryaman Singhal, Groundwork Dallas Chief Operating Officer, the event, coordinated by the Dallas Down River Club, is part of an effort by The Trinity Nature Conservancy and Groundwork Dallas to both improve the beauty of the Elm Fork, and encourage use of a newly improved paddling trail.

“Three years ago, I came to Frasier Dam Recreation Area as a volunteer to pick up trash. It seemed endless,” said Singhal. “As we cleaned up, the forest revealed itself and became my favorite place in Dallas. The paddling and hiking trails are a peaceful oasis in our busy city, and I’m glad more people will have the chance to enjoy them.”

Groundwork Dallas hosts at least one Saturday Volunteer Day per month at Frasier Dam where volunteers clear litter and debris or otherwise improve the recreation area.

“Over the past two years, volunteers have removed over 70,000 pounds of trash from this section of the Trinity River, highlighting the need for increased volunteerism and enforcement of state and local litter laws,” said Singhal.

In the past few months, the City of Dallas opened the Frasier Dam Recreation Area to the public, adding a parking lot and installing a dawn to dusk gate that gives people access to the 116-acre Trinity Forest wilderness area.

About: A 5-mile trip down the Elm Fork of the Trinity River, picking up trash along the way, before landing at the Frasier Dam Recreation Area. A cookout and music will await paddlers leaving the water.

Where: We will launch boats at California Crossing boat launch. (1633 California Crossing, Rd, Dallas, TX 75220). We will remove boats, eat, and end the event at Frasier Dam (return bus service will be available to California Crossing). Entrance to the Frasier Dam Recreation Area is located adjacent to the on ramp to I-35/Stemmons Freeway from Harry Hines boulevard near Bachman Lake and the DART Northwest Bus Facility. To get there, start at the intersection of Harry Hines and Northwest Highway traveling southeast toward downtown, take the I-35 on ramp, and turn right into the parking area after you cross under the bridge.

How: Call Teresa Patterson at 214-478-7856 for a rental canoe/kayak or bring your own. Then, register with Dale Harris, Dallas Downriver Club at TRPT-Manger@down-river.com. 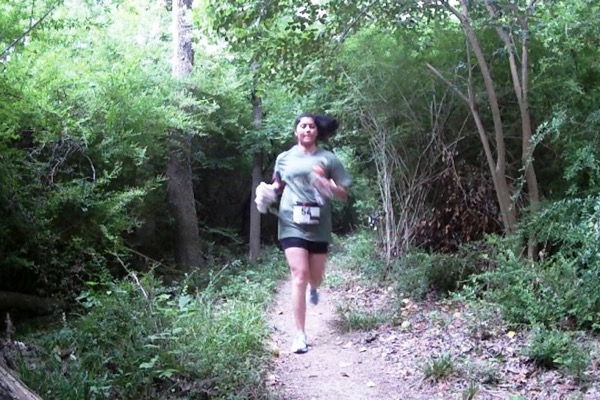 A runner carries litter to the next station at the inaugural Trash Dash last year. Courtesy of the Environmental League.

On Saturday, May 11, the Environmental League of Dallas is hosting the second annual Trash Dash 5K at Fair Oaks Park. The venue backs up to Harry Moss Park, where the race traverses the wooded trail.

During the chip-timed race, runners must stop and do an exercise or bypass the chore by dropping off a piece of litter at 12 stations located along the route.

A regular runner on the Harry Moss trails, Lord launched the Environmental League two years ago, in part, to tackle the park’s litter problem. Since then, chapters have been formed at two high schools, with two chapters in the works. Students learn about environmental issues, participate in outdoor activities and volunteer in the community.

To date, the Environmental League volunteers have picked up more 600 bags of trash at Harry Moss Park alone, said Lord.

About: A wooded-trail race takes you along 3-plus miles of beautiful woods trails in Harry Moss Park. Along the way are 10-plus checkpoints where you must do a simple easy exercise or drop off a piece of litter as you run by.