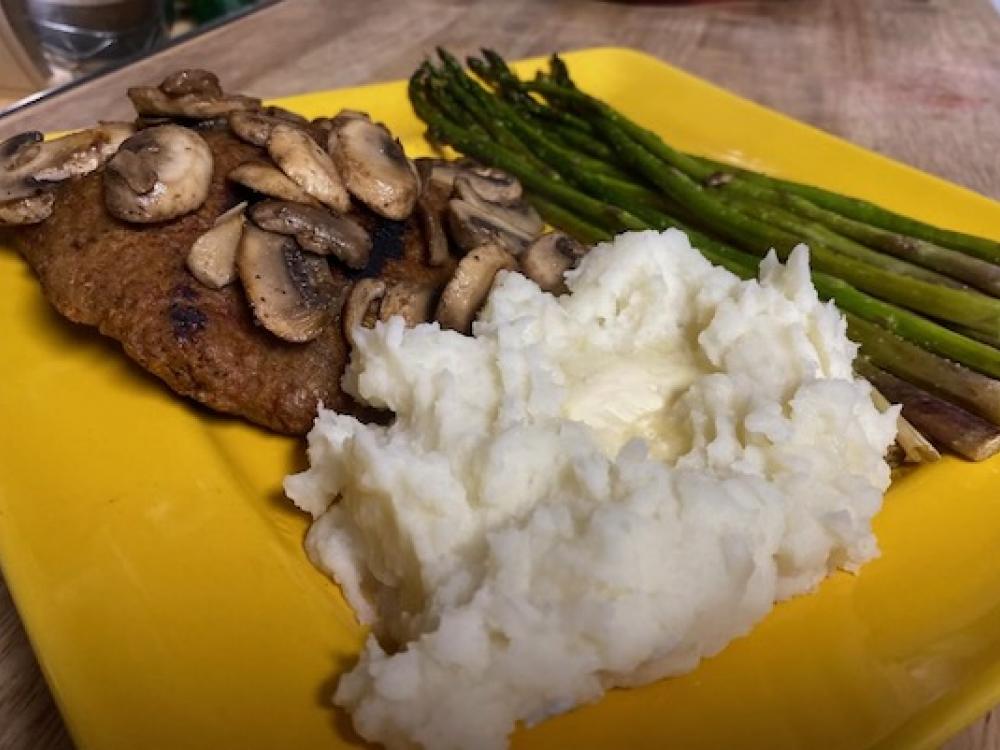 We recently sampled vegan steaks from the new Boneless Butcher in Dallas. Photo by Andew Ridout.

The last few years have been a truly amazing time for veganism, especially for deliciously satisfying vegan food. Whether you are a meat eater looking for a comparable plant-based alternative to your daily beef fix or a seasoned herbivore wanting to experiment with new flavors, the number of faux meat and dairy products on the market has exploded lately. 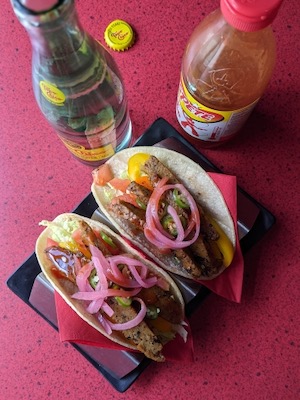 The vegan steaks can be used to make plant-based fajitas. Courtesy of the Boneless Butcher.

Most grocery stores now carry some form of plant-based alternatives to traditional meats, sausage, hamburgers, bacon and cheese. However, there is one thing that has been absent at even your local markets that cater to the plant-based set: a vegan steak.

Recently, I was ecstatic to learn that a new vegan butcher had set up shop in Dallas. The Boneless Butcher was started earlier this year by Crystal Gomez with the goal of creating plant-based, sustainable alternatives to traditional meat staples such as steak, ribs and more.

“I decided to open a vegan deli because I saw a market for it in the area,” said Gomez. “I noticed that many of our local plant-based grocery stores are sourcing their meat alternatives from out of state suppliers, and I decided that we needed a local option!” 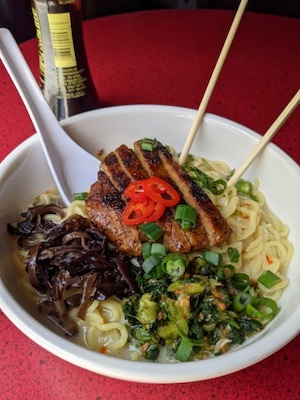 Vegan steak strips spruce up a ramen dish. Courtesy of the Boneless Butcher.

Gomez said she worked on perfecting her own vegan steak recipe until she got it just right.

“Now that I have that down, I'm busy working on recipes for other meat alternatives that can serve as the ‘green’ answer to the Texas barbeque scene.”

She currently sells 100 percent vegan steaks through her website thebonelessbutcher.com with plans to expand into retail, local farmers markets. She even has ambitions for a storefront.

“I am currently selling online only, but am working hard on developing other options. I have plans to participate in farmer's markets throughout the Metroplex to better reach and expand our customer base. The ultimate goal, of course, is to open a local brick and mortar vegan butcher shop,” says Crystal.

I recently sampled a package of The Boneless Butcher steaks and they were delicious. I can personally vouch for the taste and texture that left me wanting even more.

“They really are a throwback to traditional steaks in the ways that they can be prepared,” said Gomez. “Add them to a plate of greens and mashed potatoes or mac and cheese, and you have yourself one heck of a meal!” 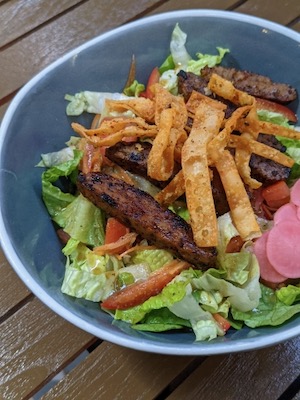 Vegan steak adds plant-based protein to a salad. Courtesy of the Boneless Butcher.

In addition to their steaks, Gomez recently added Boneless Ribz to her website. The plant-based ribs are made from mushrooms and seitan topped with mouth-watering Texas barbeque sauce and a wholesome smoky flavor.

Gomez has been overwhelmingly happy with the reception to her products.

“Business has been great since opening. I am still blown away by the support that I've received.”

Although most of her clients so far have been vegan, much of her motivation for starting The Boneless Butcher was to reach meat eaters and give them a tasty version of cruelty-free products.

“I hope to reach many non-vegans going forward, if not to convert them, then to at least offer an alternative to meat from time-to-time,”says Gomez.

Gomez’s venture into plant-based meats is a great leap forward in the vegan food category. It will be exciting to see what new products she creates next.