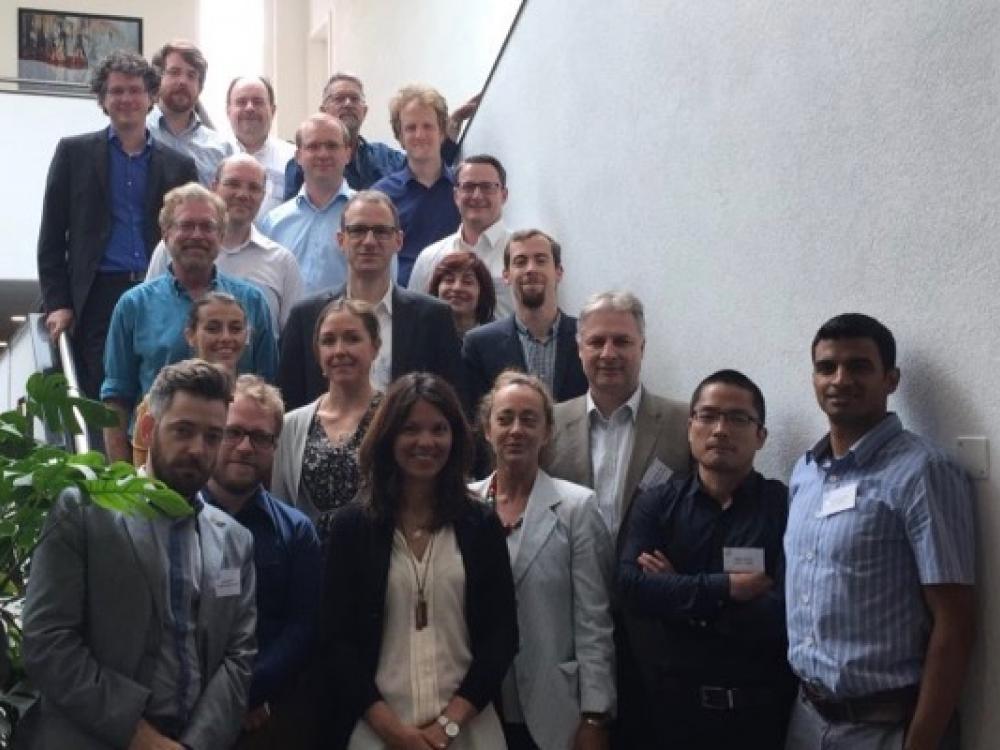 Downwinders at Risk director Jim Schermbeck, third row from the bottom on the left, joined international environmentalists and representatives from European-based concrete corporations in Switzerland in July to discuss implementing green policies.

A longtime North Texas air quality watchdog joined his international counterparts at a meeting with European-based concrete corporations in Switzerland in July. The industry’s sustainability conference invited the environmentalists to give feedback on a plan that could turn as much as 60 percent of the world’s concrete production green. “Green” as in sustainable. 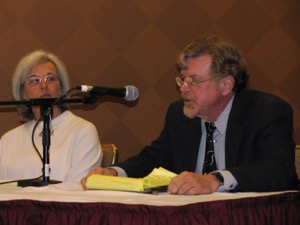 The lone U.S. invitee was Dallas-Fort Worth’s Jim Schermbeck, known for leading the grassroots environmental group Downwinders at Risk in their successful 2006-2011 Green Cement campaign. The groundbreaking effort used government procurement policies to induce cement kilns southwest of Dallas to clean up their air pollution, by hewing to green standards that punished dirtier plants and rewarded less-dirty ones.

Jim Schermbeck launched a Green Cement campaign in DFW a decade ago that resulted in greener practices at local cement kilns.

Now a younger green-minded generation within three multi-national concrete/cement companies – LaFarge/Holcim, Heidelburg and CEMEX – are developing the scheme for a similar conversion. It focuses on the entire production chain, not just kilns. Their initiative, if successful, would reach far beyond their European base.

“Those corporations own at least 60 percent of cement companies outside of China,” notes Schermbeck. “They own lots of cement and concrete operations here in the U.S., some in Dallas-Fort Worth.”

The environmental stakes are high. U.S. greenhouse gas emissions from cement/concrete production in 2014 totaled 38.8 million metric tons, according to the 2016 EPA Greenhouse Gas Emissions inventory. That’s equivalent to the emissions from driving 8,195,863 cars for one year (EPA GHG Equivalency Calculator.) Yep, a whole lotta warming. And while climate change poses the biggest and broadest risks associated with the industry, it has other health and safety hazards.

The top sustainability challenge to the industry is the conflict between fuel economy and high pollutant levels in cheap fuels. To fire the super-hot cookers used in cement making sustainably, they need to overcome high energy costs without burning waste like tires and refuse from other industries, a common and highly polluting industry practice.

“The cement kiln is the 800 pound gorilla of the industry, the most impactful on air quality and water quality,” says Schermbeck. “As long as they burn waste, they always will be.”

He offered to help conference conveners develop a proposed ranking of wastes based on acceptable energy value and low toxicity levels. That and other suggestions made by environmentalists are now being reviewed by industry.

“By October, we should know how the first round of assessment has changed the scheme,” he blogged, post-conference.

Another round of feedback from the environmental community will follow, for a final decision from industry stakeholders by year’s end.

If “Yes” is the decision on green standards for cement and concrete, those standards and best practices would affect cement plants and construction right here in North Texas.  Smokestack pollution that Schermbeck says now accounts for 30 to 40 percent of cement production’s greenhouse gases, as well as toxins such as mercury, dioxins and metals, will abate.  Batch plants where cement “clinkers” are ground and mixed with sand and gravel will emit less particulate matter, the deadly dust that contributes to respiratory disease.

In the future, consumers from construction managers to do-it-yourselfers would find sustainable-branded choices at their marketplace, just as they do for responsibly sourced lumber and fair trade aluminum products.

Construction and pavement would be cleaner and greener. And hopefully, in our ever-developing world, greenhouse gas reductions from cleaning up concrete would help make Earth safer for the green grass we like to sink our toes into.

Downwind in Switzerland: “Do you carry responsibly-sourced concrete?”