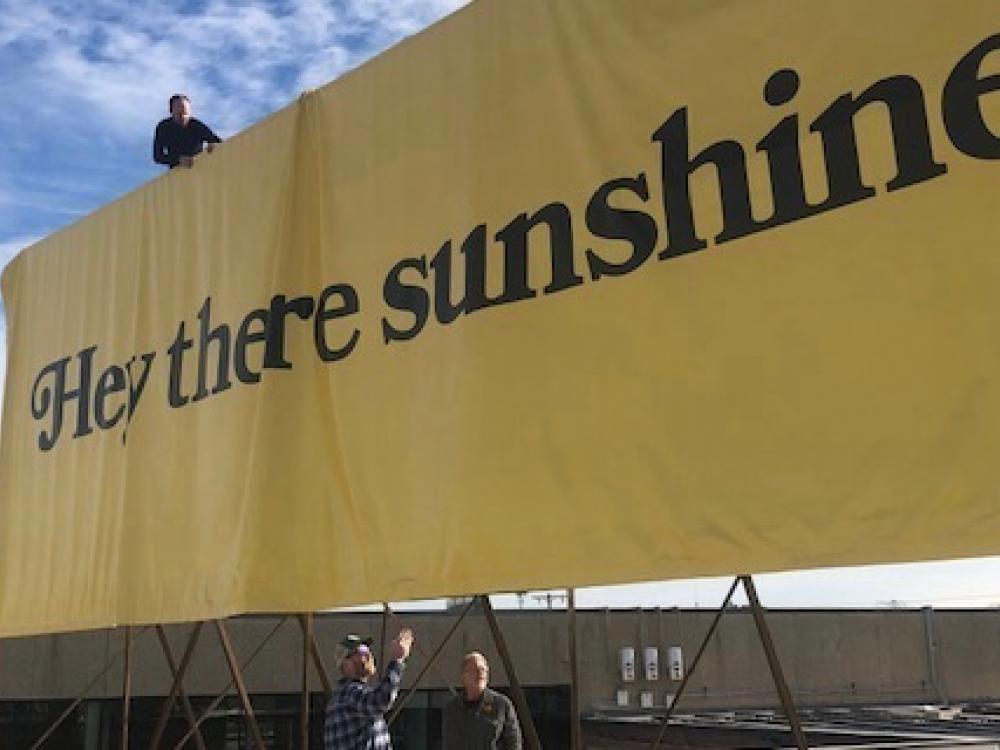 The cheery billboard atop GoodWork coworking greets passers by at 1808 Good Latimer Road in Dallas. Photos courtesy of GoodWork.

A year after launching south of the Dallas Farmers Market, today GoodWork is humming along under the helm of cofounder and eco-visionary Amy King.

The flexible work space offers Dallasites a unique work experience within the 60,000-square-foot warehouse, renovated by green architect Gary Olp. Not only is the 1950s era building due to get LEED gold certification, the coworking space expects to earn Wellness Certification for its healthy features. 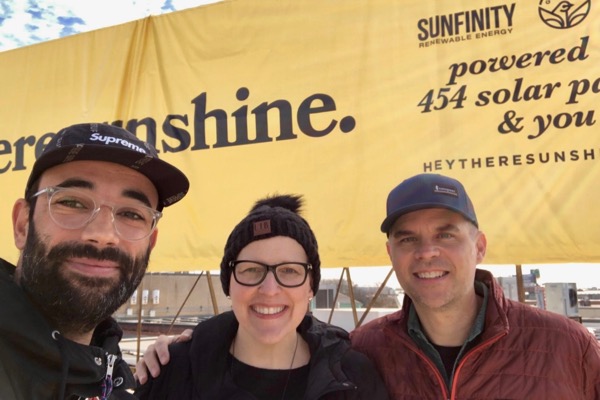 But King and her marketing team realized most people driving by weren't aware of the hidden gem behind the warehouse walls. Nor could they see its rooftop solar panels from the street.

To advertise their eco-conscious space, they took advantage of a vintage billboard perched atop their building. Now it bears a beaming slogan - “Hey there sunshine" - with details about their solar panels on the back. 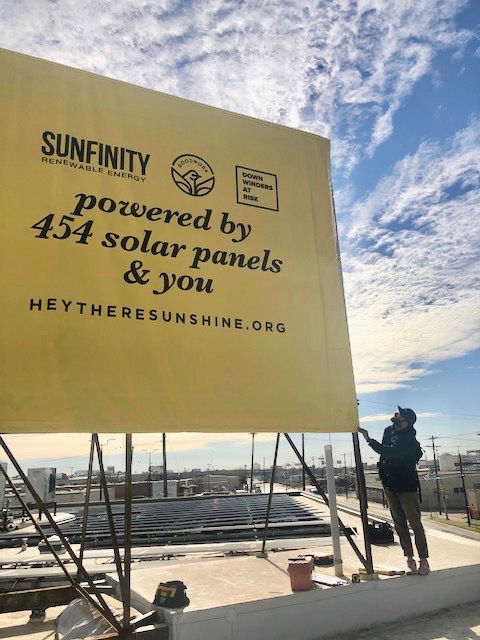 “My colleagues Jeff and Fernando have been involved in shaping the Goodwork brand and helping us tell our story from the beginning,” said King, of the campaign’s creators. “They felt that we’re bringing a lot of kindness and goodwill to the Dallas Community.”

Along with the billboard, they passed out zines at EarthX and offer free use of a digital graphic to any business run by solar power.

“It's such a fun thing that brings so much joy," said King of the marketing campaign. "It brings a smile to people's faces.”

Since launching in early 2018, the coworking space is already at capacity with more than 100 member businesses. King said she's filled it up through networking efforts, a strong social media presence and word of mouth. 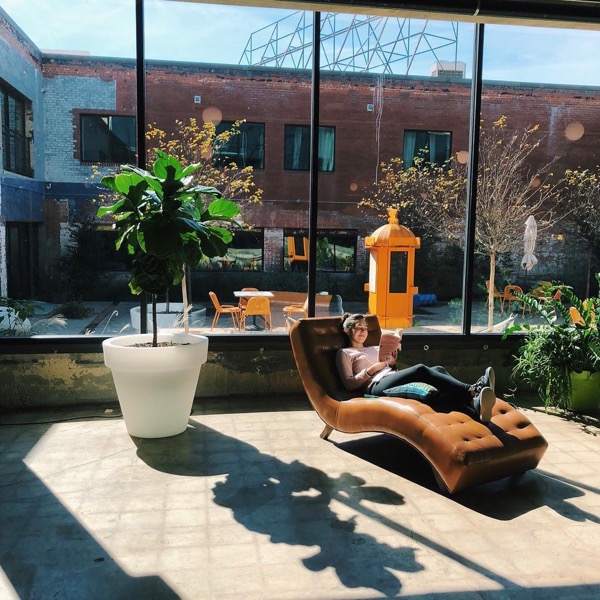 A GoodWork member relaxes with a view of the landscaped courtyard.

She says that the Goodwork community is a creative clan featuring designers, nonprofits, architects and event planners, all drawn to the building's thoughtful features such as natural lighting, an interior garden courtyard, a fitness studio, sit/stand desks, organic snacks and more than 100 potted plants.

King says they want to show her fellow Dallasites that offices don’t have to be sterile, cubicle filled dungeons with artificial lighting.

They also want to show the benefits of solar power, which they installed for the entire building thanks to a grant from Downwinders at Risk, a DFW clean air advocacy group, which works out of the GoodWork space.

The 454 photovalactic panels offset more than 50 percent of the building’s energy use, which makes the owners faces light up when they see their energy bills, said King.

“We’re also saving a bunch of energy with our HVAC, lighting sensors and LED bulbs.”

All members of the Goodwork community are schooled on eco-office etiquette such as turning off task lights, recycling and unplugging monitors.

“There’s all kinds of little things we’re doing to raise awareness,” said King. “It’s super rewarding when we have a member say ‘I’ve learned alot about recycling and I’m now recycling at home and I’ve taught it to my kids.' It’s taking the blinders off. Once you start evaluating your consumption, you see the world differently.”