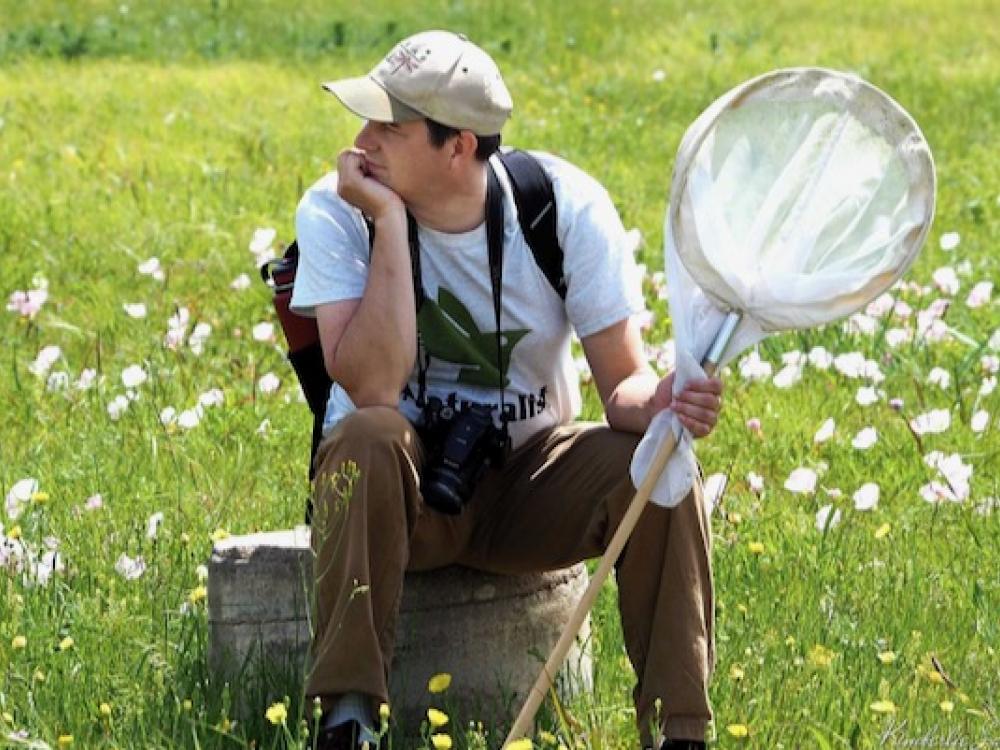 If you live in North Texas and you’re using iNaturalist, chances are it’s because of Sam Kieschnick.

A Fort Worth-based urban wildlife biologist for Texas Parks and Wildlife Department, Kieschnick has been something of an iNat evangelist in DFW. Over the last several years, he's inspired hundreds of nature lovers of all ages to start using the app.

Meanwhile, Kieschnick has distinguished himself as one of the top iNat observers in the world.

For those who haven't caught the iNaturalist bug yet, it's an online platform — a joint initiative of the California Academy of Sciences and the National Geographic Society — used to collect observations of living species worldwide.

The social media site for nature buffs attracts both amateurs and experts, who post personal sightings of everything from fungi to flamingos.

Volunteer curators, like Kieschnick, help newbies ID their finds. The data is then used by researchers to track biological patterns and trends.

Kieschnick has become a prolific poster on the app. Even on busy days, he'll take time to dash over to a park, scour a weedy lot or peer into a drainage ditch to see what's living there.

"I was inspired by another iNaturalist user to make at least one observation a day," said Kieschnick, whose screen name is sambiology. "I've been doing that for the last seven years!"

As a result, he recently reached an impressive milestone.

This summer, he turned over his 100,000th observation, making him one of the top 10 observers in the world — out of 2.4 millions users!

Sambiology on iNat and Urban Ecology

Sam Kieschnick was interviewed for an iNaturalist video a few years ago. Courtesy of Tony Iwane.

“Personally, what I think is even more impressive/helpful is that Sam has added IDs to well over 500K verifiable observations,” said Iwane.

Here’s a snapshot of Kieschnick's take on the digital tool and the reasons why he says iNat could be the key to saving the planet. 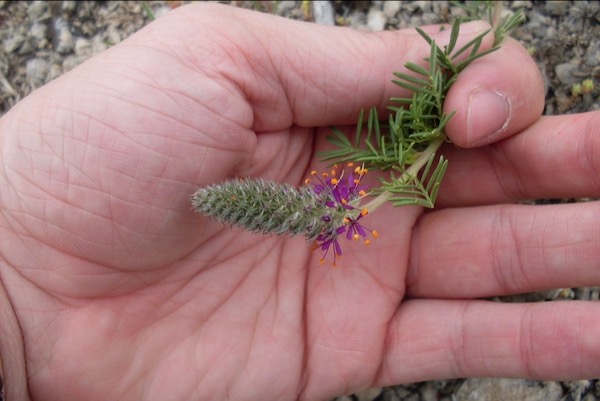 Kieschnick joined iNaturalist in 2013 after listening to a presentation by Derek Broman, a Texas Parks and Wildlife urban wildlife biologist, the position Kieschnick holds now.

"The first observation I made with the app was quite forgettable," admitted Kieschnick. "When I first joined iNaturalist, I assumed it was just an app, so I was actually pretty bored with using it. Later on, I found out about the website and all of the other things you could do with iNaturalist!

"I also found out that I could upload photos that I took long before...  So, I like to say that my first 'real' observation was the Comanche Peak Prairie Clover, a photo I took in Weatherford in 2011. It's a really neat endemic plant that I'm quite fond of."

Kieschnick admits it took time before the app revealed its capabilities.

"As I started using iNaturalist, I solely used the app, and it wasn't really that interesting to me. Later on, I was able to connect with other naturalists around the state and around the world, learn a lot more about the organisms found all around me, and now I'm certifiably bonkers about it!" 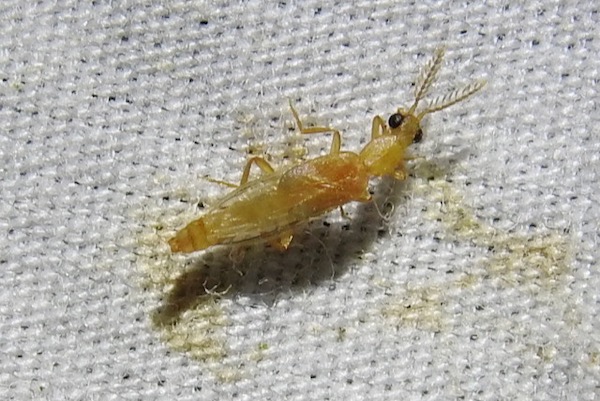 One of the things that iNaturalist is used for is data collection on the species of greatest conservation need (SGCN), said Kieschnick.

"One of my favorite ones is this little glowworm beetle from down in the Lower Rio Grande Valley."

Sometimes a discovery even makes news.

In March 2021, Kieschnick and Amanda Neill published a paper using iNaturalist observations to document a “new” species for the state, the perfoliate penny-cress. 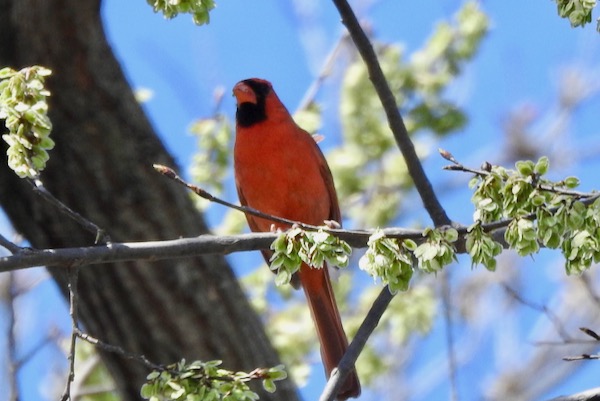 Kieschnick's most common iNat observation is the Northern Cardinal, like this one seen at White Rock Lake in March. Photo by Sam Kieschnick.

Kieschnick believes in documenting not just the rare but the obvious. This provides a valuable record of a species distribution.

"So, I do document a lot of our common species here in the DFW Metroplex," said Kieschnick. "My most commonly observed organism is the Northern cardinal, followed by fox squirrel, straggler daisy, honeybee, and eastern pondhawk. These are super common species for us here in Texas, but they're quite extravagant to those that don't see them daily! 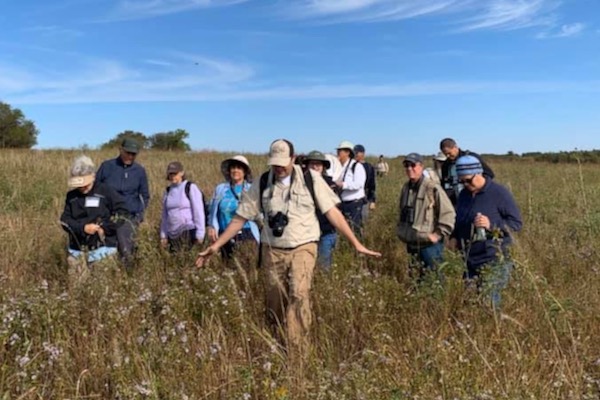 Sam Kieschnick walks ahead of other naturalists in search of local flora and fauna. Photo courtesy of Sam Kieschnick.

Kieschnick says his most memorable outings occur when he's hanging with fellow naturalists.

"It's so much fun to be out in the field and getting excited alongside some other nature folks," said Kieschnick.

He said he feels to lucky to have spent time out in the field with legendary naturalists — namely the late Greg Lasley.

"Using iNaturalist out in the field alongside Greg was incredibly memorable," he said. "I'll always hold those times close to my heart. As a matter of fact, when I've been able to go on iNaturalist gatherings with others, I tend to have the most fun!"

Watch this fun video Kieschnick and friends frolicking at the Southwest Nat-a-Thon in Del Rio in 2018.

Every day, Kieschnick said he makes a point to go out and engage with nature.

"I do this by using iNaturalist and documenting some of the organisms I see. I'm also a plant and bug guy, and we're super lucky to live in an area where there are so many bugs and plants!

How many times have you heard someone happy about the abundance of bugs in North Texas? 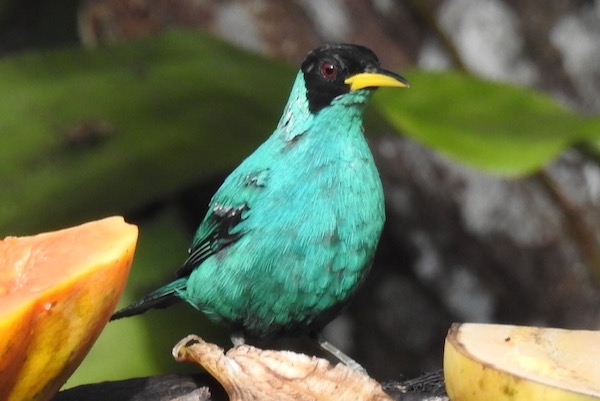 Kieschnick has recorded more than 9,000 different species, since joining the platform in 2013. Roughly half of them were in DFW.

So where are Kieschnick's favorite haunts? And how does he find so many different species?

"We are lucky to have a lot of natural areas here in DFW," he said. "Some of them may seem small at first, but when we change our perspective and get to the eye level of the insects, even a small park can be a refuge for the invertebrates."

He also likes to whip out iNaturalist when he travels.

"I was lucky to go to Costa Rica a few years back, and I took the tool of iNaturalist with me! Here are some of the neat things I was able to observe down there."

GOING OUT ON A LIMB 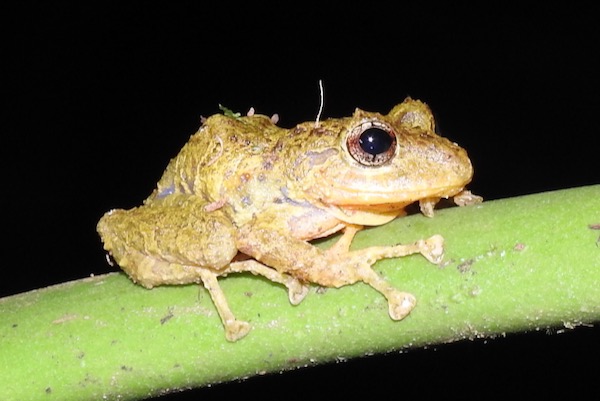 What lengths has Kieschnick gone to get a shot of a critter or plant?

"Yes, I've been bitten, stung, slapped and kicked by lots of critters (and plants!)," Kieschnick joked.

"One memorable bite came from this crazy interesting katydid from Costa Rica — it broke the skin pretty easily!"

And then there's those serendipitous occasions that pop up on the fly. Like the time he observed a bed bug in a hospital room. 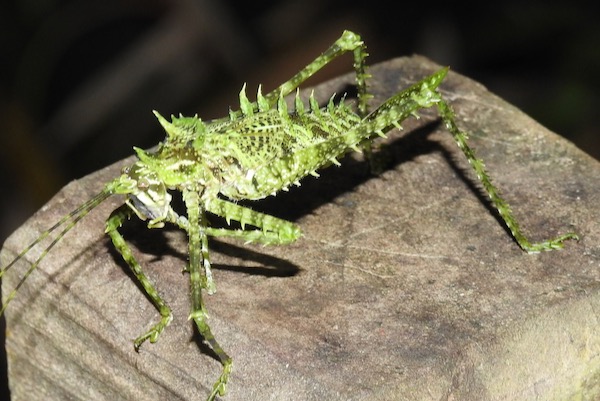 According to Kieschnick, urban biodiversity is abundant in DFW, that includes nighttime.

One of his favorite things to do is put up some black-lights and sheets and see what flies in.

"It's incredible to see how many insects and arthropods come to a light at night. There are thousands of species that I've been lucky to see at the black-lights! It's also great fun to do a mothing event with others too — the more sheets and lights up, the more stuff that seems to show up!

But it's not just the bugs that are active at night, he says.

"When the sun goes down, lots of species 'wake up.'"

One of his favorite nighttime encounters was stumbling across a porcupine in Del Rio. 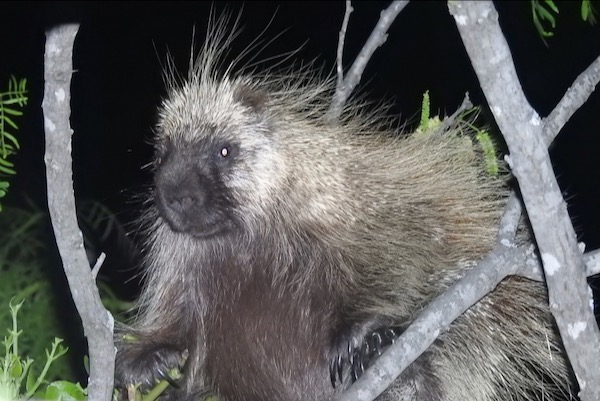 A porcupine spotted during a nighttime outing in Del Rio. Photo by Sam Kieschnick.

As more North Texans become iNaturalist converts, Kieschnick believes it will change the way they look at the world. For him, it's been lifechanging.

"I think I've become a bit of a regional expert on the flora and fauna of DFW — this is not an innate ability — it's one that I've been working on for years, and particularly through iNaturalist.

Kieschnick said by observing things over and over throughout the Metroplex, he's learned their names.

"By learning the names, you learn more and more about the actual organisms. I think this is not a unique experience for just me though — I've seen the same thing happen to so many others by using iNaturalist."

Kieschnick said others like him who are using the tool are actively learning more about our urban ecosystem.

There's power in this active constituency too, he said.

"In events like the City Nature Challenge, thousands of people in DFW show that we 'need' nature," said Kieschnick. "I use this data as I talk to a city council, park board, or public park managers. This sort of data actually guides land management and policy.

"That's pretty dang cool. Oh, and it's fun! We have such an active community here in DFW. It’s fun to get together with fellow naturalists!" 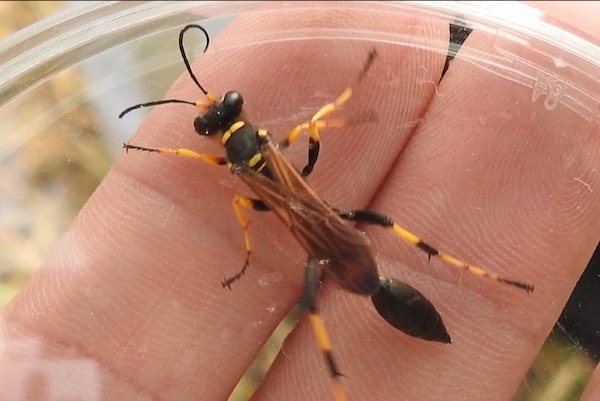 One of Kieschick's secret tools is the petri dish. Photo by Sam Kieschnick.

One of Kieschnick's secrets to capturing and photographing touchy subjects is the petri dish, Kieschnick said in a blog post earlier this year.

"I'm not good at taking photos, I don't have a great camera for macrophotography, but with a petri dish, I can contain a bug long enough to get shots of lots of different angles.

"Another great thing about having petri dishes with you, especially if you're leading/on a public nature walk, is that you can share the experience of holding the bug without scaring those that may not want to touch the bug," he continued.

"I've been on a lot of walks (leading and just participating), where I'll find a bee or a wasp, grab it in a petri dish, and then even the most fearful person can hold it and examine it closely. And, after it's examined by everyone, you can return the organism without a tremendous amount of trauma/injury."

Kieshnick gets his petri dishes here.

Above all, he tells folks to have fun with iNaturalist.

"Keep using it, keep playing around with the settings, try to find different things, go to spots around DFW (or the world!) that you haven't been before, learn some of the names of the things we share this planet with!" he said.

"A lot of this engagement happens not just with the app but also on the website — play with that! Explore the different places around the world via the website, talk to the fellow naturalists around the world, there's such enjoyment in this community."