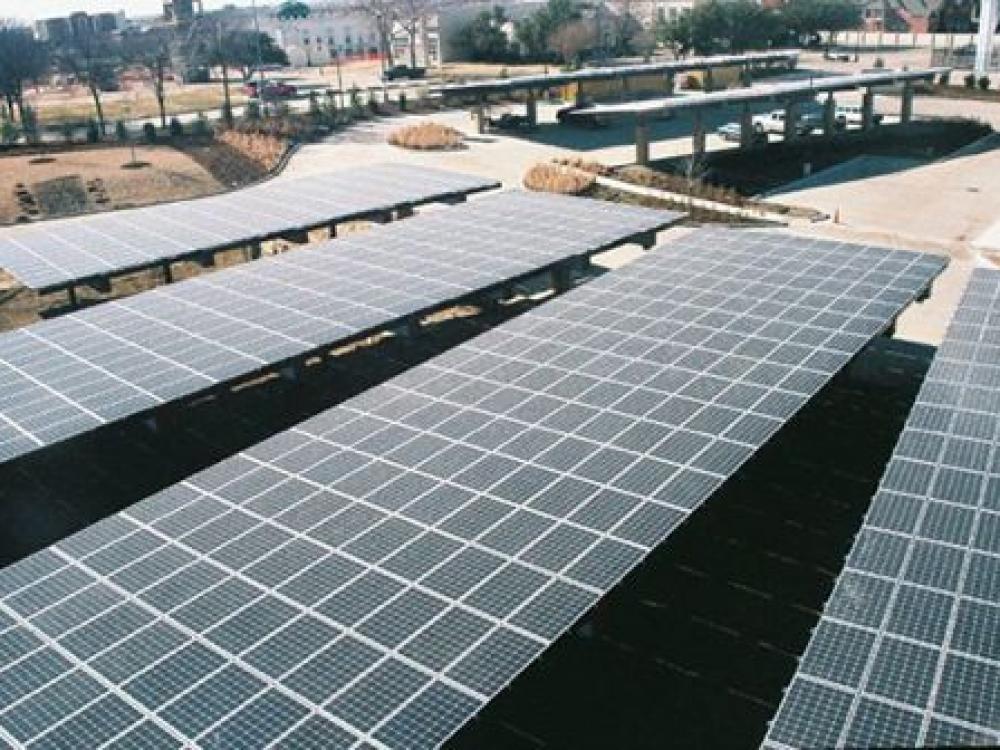 Solar panels at the Irving West Library. All photos courtesy of the DFW Solar Home Tour.

If you’re interested in saving money on your utility bill, as well as improving the environment, Plano Solar Advocates say they're here to help. The Plano group, formed in early 2012, is saving energy through solar systems and getting those systems at a discounted rate by buying as a group. 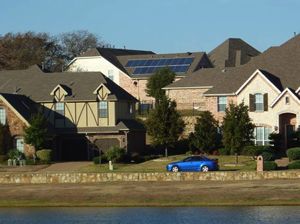 The Squyres home in Flower Mound.

Larry Howe, one of the organizers, says that he became interested in renewable energy in the 1970s, about the time of the oil embargo, when people waited in long lines to purchase gas.

“That was about the time I started driving and it made a big impression on me,” Howe relates. “We need to find more ways of renewable energy and opportunities for long-term benefits for cleaner/cheaper energy.”

Costs vary for the solar systems, and the Plano Solar Advocates group is trying to get across to the residents that it’s important to realize that a lot not only depends on the size of the solar system they purchase, but the amount of electricity used annually.

“The key is buying as a group, in order to get discounted rates on the [solar] system.” Howe says. “It makes sense that when multiple people install at the same time, the solar company can give a discounted rate.” 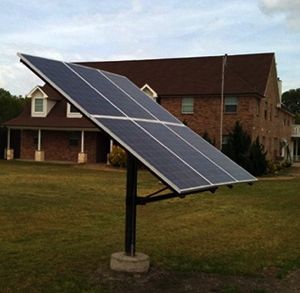 The Hendrix home in Lucas.

Proposals were sent to 10 different companies and out of those, seven responded. Plano-based Axium Solar was chosen.

Upon organizing the group, volunteers reached out to find ways to increase their membership and found that by approaching other such groups in different states, they gained valuable information.

Many Plano Solar Advocates’ volunteers also volunteer with a city organization, Live Green in Plano, and by working with this group, they have been afforded help from the city of Plano.

“When we told the city of Plano that we were going to launch our program, we asked what they could do to help,” Howe shares. “They helped get the word out about the project through their social media channels and also allowed us to use some of their facilities to hold meetings.”

About once a quarter, the city of Plano puts a reminder about their Smart Energy Loan Program in residents’ water bill. In their July 2013 bulletin, they included an announcement about the Solarize Plano Project, which helped get the word out. 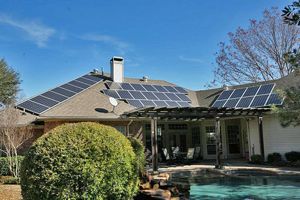 The Neukranz home in Plano.

The first program was very successful, in that the group’s mission was to increase awareness of solar energy. More than 175 people went through training and information sessions. Out of those, 25 people are in the process of having systems installed.

Anyone who currently owns a home or business is eligible.

Howe says that Plano will have another solar project in 2014, and that a Jan. 11, meeting at the Irving West Library, 4444 West Rochelle Blvd, in Irving, is the first step to get people together to launch a group purchase project. The goal of this meeting will be to begin creating a network of people across the D/FW area who are interested in launching a project in their own communities.