Although the average Dallas citizen may not personally know Thom Powell, chances are his work has impacted his or her life.

This 49-year-old architect has been behind the scenes of some of the biggest, culturally-impacting projects to grace Dallas’ city limits, most notably the Annette Strauss Artist Square, 1407 Main Street (winner of the 2009 Downtown Association award), and the Perot Museum of Nature and Science where he currently serves as the sustainability consultant. 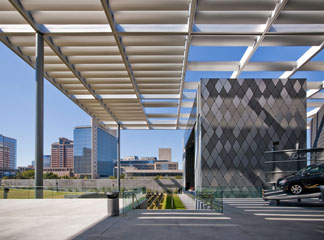 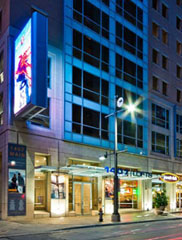 In 2008, Powell, an associate with Good Fulton & Farrell, was recognized as the winner of the American Institute of Architects (AIA) Dallas “Young Architect of the Year” award.

He currently serves as the AIA Dallas Vice President – Treasurer (2011-12) and served as commissioner of environment and design (2009-2010).

So who is this man who is quite literally changing the landscape of our city into a mecca of sustainability?  His journey into architecture begins early on …While the rest of his Southern Californian elementary school peers were tracing turkey handprints and doodling with crayons, Powell was busy sketching building designs using two-point perspectives.

“I was fortunate enough to have a teacher that was very unique, Mr. Eng.,” Powell recalls. “In addition to being a teacher, Mr. Eng was a magician. He entertained us with his magic tricks and taught us many things that went well beyond the school curriculum. One of the things he taught us was how to draw two-point perspectives. This was the beginning of my passion for architecture. I found the ability to create buildings thrilling, and I still do.”

Powell went on to graduate high school at the age of 16, and received his first degree in architectural graphics shortly after he turned 18. Afterwards, Powell attended California State Polytechnic University of Pomona for his bachelors of architecture and achieved his masters in architecture from Syracuse University, spending a year studying in Florence, Italy through both programs.

“The study of architecture in Florence was very inspiring and our professors challenged us to view architecture in a holistic fashion,” Powell remembers. “That broad definition continues to foster the ability to deal with complex architectural projects that may not fit neatly within the traditional definitions of the role of the architect. Consequently, I have had the opportunity to be involved in many high profile projects.” 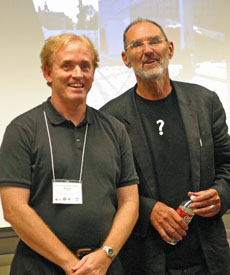 After moving to Dallas in the early ’90s, Powell now lives with his wife and two daughters in a subdivision he and his wife created.

Although he’s worked on many LEED projects, it’s been the project with the Perot Museum of Nature and Science that has challenged Powell to best combine his architectural skills with his childhood-learned skill of sustainability, as there are a number of components to the museum’s sustainability plan including pursing a LEED Gold Certification, a Green Globes 3 Globes Certification, in addition to being a pilot project in the newly created Sustainable Sites Initiative pursuing two stars.

"Our approach has been that for a museum that teaches nature and science, the Sustainability Plan needs to address multiple perspectives of sustainable design,” says Powell, who has also served as the AIA Dallas Committee on the Environment chair and on the US Green Building Council North Texas Chapter Board of Directors. “The pursuit of the combination of these programs has required that we look at the entire spectrum of sustainable design.” 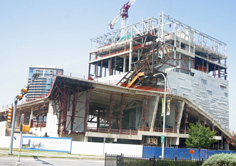 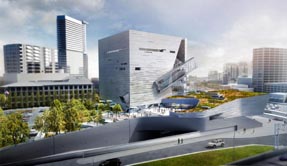 The Perot Museum project continues to move forward with a completion date estimated for early 2013 where there will be a series of tests and reports to determine if all the LEED requirements were met.

“We would hope to have the final LEED certification be resolved within 12 months of the completion of the project.”

The team will be looking at the updates in 2014 Energy Star Rating once the project has been open for 12 months.

“The Perot Museum is going to be a teaching tool for the next generation here in Dallas," said Powell. "That has been the biggest motivator behind much of the project’s goals. We need to get this right to really have a positive impact on our children’s future.”

Freelance writer Kristy Alpert has been covering the green scene since before it was the thing to do. Her work has been featured in publications such as D Magazine, Omni Escapes, DallasChild, Modern Luxury, Home Comfort Style, Oregon Home, among others. When not crafting stories at her refinished Victorian writing desk, she can be found traveling the globe or scouring the bins at flea markets, searching for those diamonds in the rough. You can contact her at [email protected] or follow her on Twitter @kristyalpert.