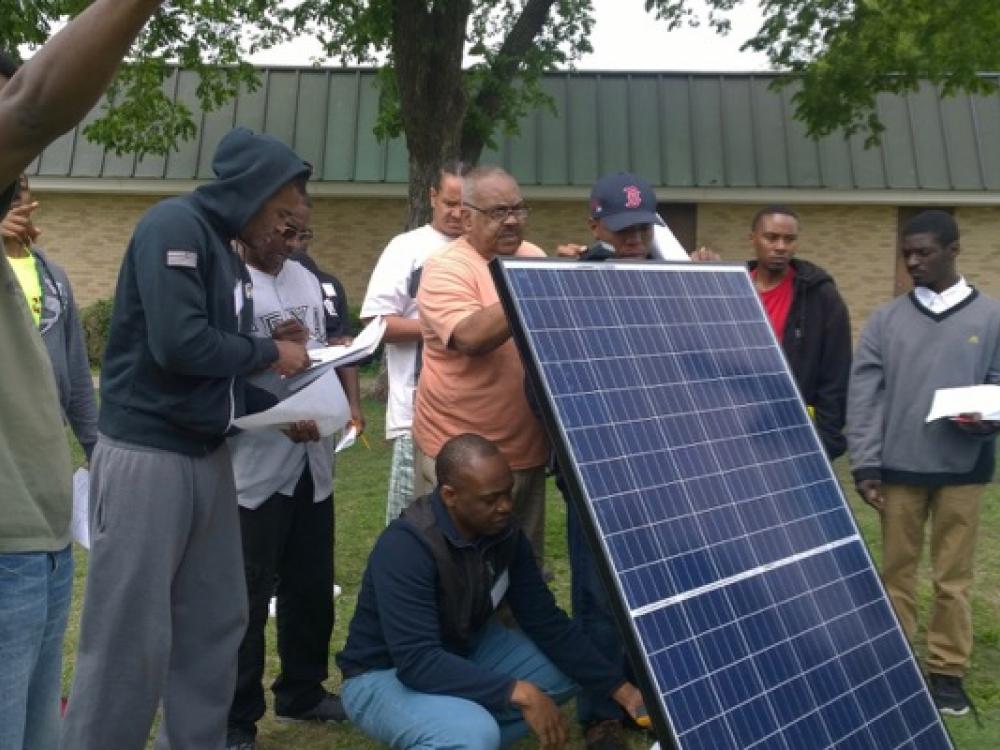 A group of local solar advocates want residents of a blighted South Dallas neighborhood to have a brighter future. That's why Good Faith Impact is training residents in the economically challenged community for renewable energy jobs and educating them about the cost-saving and environmental benefits of solar.

The 501(c)3 non-profit was launched in November 2016 by Tracy Wallace, now executive director, along with Mohammed Abdalla, Michael Fladmark and Lucas Martin, all members of the North Texas Renewable Energy Group. They were inspired by the documentary Catching the Sun, which featured a similar program that trained unemployed workers in Northern California in solar installation.

Wallace, a longtime environmental advocate, lives in an adjacent neighborhood to the one Good Faith Impact is targeting. She said she likes that they are both promoting green industries while offering economic opportunities for the disadvantaged. 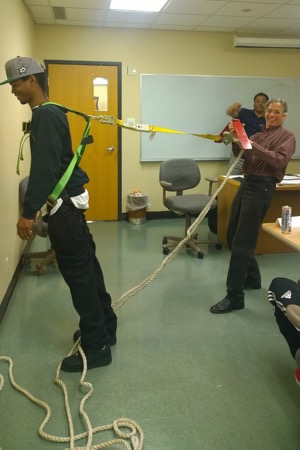 “We chose to focus on ZIP code 75215 as it has been identified by ZIP Code Connection as the most impoverished urban ZIP code in Dallas County.”

A student tests safety equipment in the classroom.

Interstate Renewable Energy Council master trainer Martin Herzfeld, taught the class. Herzfeld was instrumental in teaching solar energy in Richmond, Calif, the city around which Catching the Sun was centered.

Students on a site visit. 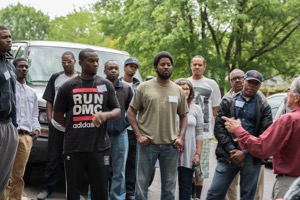 The class was funded through crowdfunding and a donation from the State Fair of Texas. It was geared to students who read at a twelfth grade level and are motivated to join the rapidly growing solar industry. They received training in beginning PV system design, installation and support instruction as well as Job Task Analysis. Emphasis was placed on good workmanship, industry standards and best practices in solar industry. They also earned an OSHA 10-hour certificate.

“Solar training brings a relevant workforce prepared for the future,” Wallace says. “Hopefully, we can offer a level of training to people who can afford to pay so that it can help offset the costs when it comes to training those who can’t afford to pay.”

Following the training, an employer meet-n-greet was held to connect students with job opportunities with Good Faith Energy, Good Faith Impact’s for-profit partner, as well as other solar solutions and electric companies. 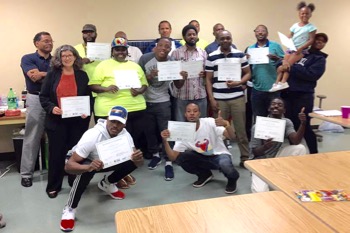 Since the class was held, four graduates of the program have been hired by Good Faith Energy. Wallace says that they hope to connect all students to employment and generate installation opportunities. The next session will be held in fall 2017.

In the coming year, Good Faith Impact is also working to promote solar installation on commercial buildings and residential homes in the South Dallas community. Recently Good Faith Impact was selected to participate in the U.S. Department of Energy SunShot Initiative’s Solar in Your Community Challenge, a $5 million prize competition that aims to expand solar electricity access.

Over the next 18 months, the Solarize South Dallas team will be educating those who can afford solar about discounted group buys. They also want to help those who cannot afford the upgrade, such as seniors, to install solar with donated resources and the help of graduates of their training program.

Wallace said they are hoping their pilot projects will convert the next generation of Dallas residents to adopt green technology as well as inspire other economically challenged communities in North Texas.

"You can’t help but influence the children in the community [when you install solar]," she said. "They're learning about an energy source that's clean and safe instead of dirty and dangerous like coal."

She added, "We don’t have the same type of support for solar in Texas as they do in California. But this is an opportunity to be creative and figure out how we're going to develop renewable energy here.”