Fort Worth photographer focuses on nature in the city 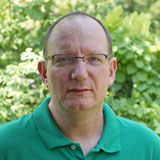 When Fort Worth photographer Karl Thibodeaux is out taking pictures of a street scene, he doesn’t mind when a weed gets in the lens. Conversely, when he’s shooting a picture of a tree and a powerline jutts in the frame, he prefers it.

Thibodeaux said the primary subject that fascinates him is the intersection between nature and the urban environment.

His work is part of a three-man show, called the Fort Worth Perspective, with fellow photographers Byrd Williams and Mike Winfrey, showing at the Fort Worth Central Public Library in downtown Fort Worth through Jan. 15. 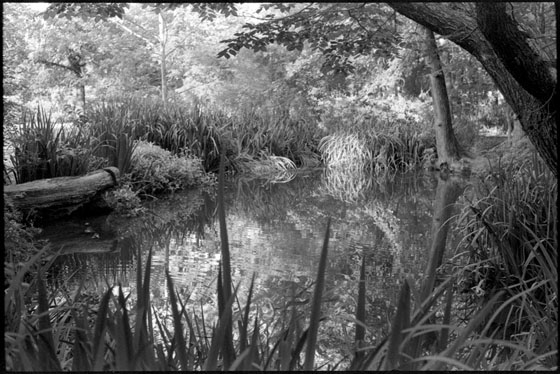 Thibodeaux traces his dual interests to his upbringing. He grew up in rural Louisiana in the 1960s and early 1970s surrounded by nature. Then as a teenager, he moved to an East Texas town, a block from a state college, a vast contrast from his isolated upbringing. His parents also represented complementary forces in his life, with his mother being a Southern Belle from rural Mississippi and his father, a civil engineer from Houston. 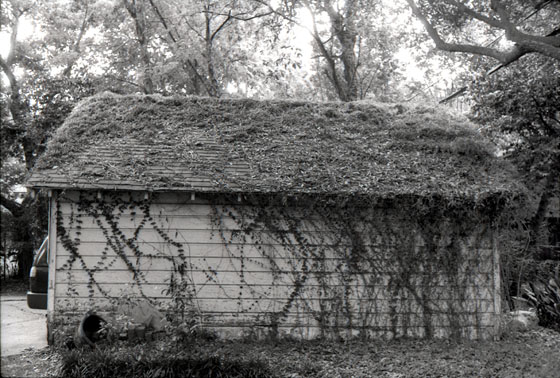 Although he quickly adapted to urban life, Thibodeaux speculates that having spent his youth exploring woods and creeks, he felt a kinship with nature and still sought it out.

“It increased my sensitivity to it so that it pops out when I’m in the city.”

One of the first images that fascinated him as a young photographer was a pile of rubble he came across in Houston while attending Rice University.

“I was working with a 4x5 camera and I went out and I found all of these discarded pieces of concrete of various kinds, with rebar and pipes sticking out but it was all covered up in weeds,” he said. “The concrete and rebar was so symbolic of the city but it was already being reclaimed by the earth.”

When he moved to Austin in the 1980s, he often climbed to the tops of buildings to shoot pictures of the sunset and the surrounding vistas.

“I was always looking for vantage points to view nature because I was inside the city.”

When he moved to Fort Worth in 1992, he found new subject matter.

“One of the things I liked about Fort Worth was that it had such nice parks,” he said.

Many of the juxtapositions he captures are subtle, such as paw prints dotting a sidewalk, a garage covered with ivy or petrified wood lining a building wall. 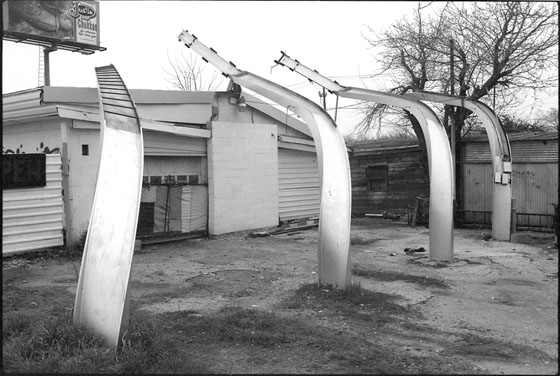 One of his favorite images is of a billboard he discovered west of downtown Fort Worth, with its steel supports twisted by the 2000 tornado.

“It’s a work of art created by nature,” he said.

Another one of his favorite sights is when he spots a large tree that someone has gone to the trouble to build around rather than cut down.

He hopes his photographs will inspire people to look at the world around them differently.

“I want people to think about nature as something that’s always around us, not just in a park or in the country.”