As a philosophy professor at the University of North Texas, Dr. Adam Briggle is an expert at ethical debates. But last year, he found himself in the middle of real-world problem solving when he agreed to head up the Denton Stakeholder Advisory Group. 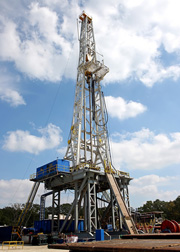 As gas drilling expands in the Barnett Shale, Denton, like many other North Texas cities, is updating its gas drilling ordinance. Last summer, the city appointed a task force to work on a draft, however critics saw its five voting membership as unfairly weighted toward industry interests. That’s when Denton City Councilman Kevin Roden suggested creating a “shadow task force” to insure that community interests were represented. “I was intent on making sure we had robust citizen input,” he said.   As a philosophy grad himself, he knew that the University of North Texas was home to a highly regarded environmental ethics department. He wanted to take advantage of the local resource. “They are discussing environmental ethics on a worldwide scale, they should be able to discuss local issues.” 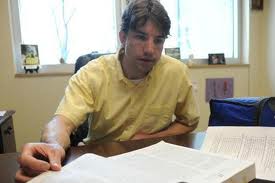 He contacted Briggle, who has a PhD in environmental studies and an interest in science policy, to head up the group.   Soon Briggle and a diverse group of residents began meeting. He enlisted a core group of eight that included civic leaders such as Ed Soph, cofounder of the Denton-based Citizens for Healthy Growth; Phyllis Wolper, chairwoman of the Denton County Democratic Party; and Sharon Wilson, aka Texas Sharon, an Earthworks organizer who has advised communities across the Metroplex on gas drilling. Intent on protecting the community’s health and safety, the informal committee, which became known as DAG, poured through gas drilling ordinances of cities across the Metroplex.   Briggle said the issue was challenging primarily because of the scarcity of scientific information and the complexity of the issues. They often ended up listening to “dueling experts” and having to draw their own conclusions, he said. “We would love for science to come in and tell us the answer,” said Briggle.

While Briggle’s background in philosophy influenced the tone of discussions, Briggle admitted they didn’t wrestle with whether gas drilling should be done at all - just how it should be done. DAG’s final report points out that if Denton banned polluting industries like gas drilling entirely, it would likely just push it to outlying areas where others would bear the costs. “The gas is going to get out of the ground. It’s going to happen,” said Briggle. “There’s too much money involved. We need the energy and we’re not willing to rethink the way we live. It comes back to our consumption.”

The result of their research is a 16-page document (  See DAG’s reports ) that addresses the group’s concerns, particularly about water and air quality. It offers recommendations for emissions reductions and requires disclosure of all fracking chemicals. It also proposes a setback distance of 1,000 feet between well sites and homes and 3,000 feet from freshwater wells.   “One of the most important thing cities can do is have a strong setback policy,” said Wilson. She also commended DAG’s recommendation that all landmen register with the city and follow the industry’s code of ethics to ensure property owners are not unduly pressured.   The group presented its report to the city in December. As a result, they were able to influence the task force’s discussion early in the process, said Roden. Since then, the task force has finished outlining a draft ordinance and staff are currently reviewing the legal ramifications of its proposals. The City Council asked its reviewers to also vet the recommendations that didn’t win the majority vote, including some that originated from the DAG group. The staff will then come back with legal options for the council to consider in the coming months. Wilson said although she wishes the DAG group had been more aggressive in lobbying its viewpoint at times, overall she was impressed with their efforts. “[Everyone was] very knowledgable. They really educated themselves,” said Wilson. Roden said he was pleased with how DAG took on the challenge. “They’ve become an important voice in the discussion.”  For more information on the Denton Stakeholder Advisory Group, see http://dentondrilling.blogspot.com/   . See DAG’s reports:

Also, see "The Sky is Pink" one of the films that is mentioned in the blog. It is also on the Green Source DFW video section.