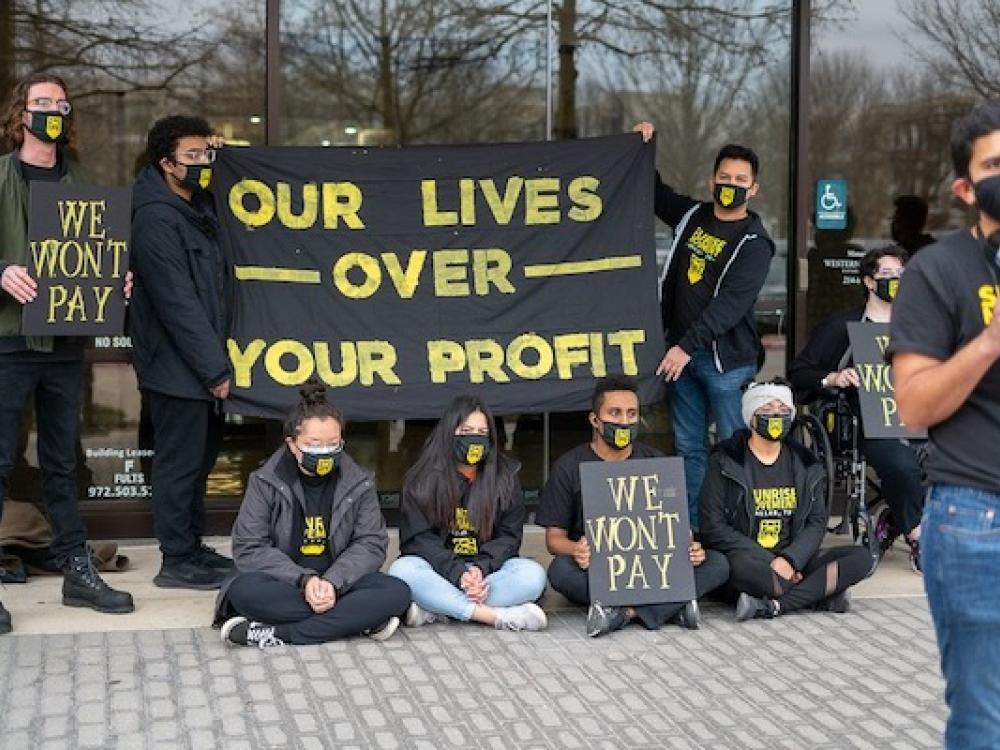 The Sunrise Movement Dallas Chapter held a rally at Comstock Resources in Frisco on Thursday. Photo courtesy of Sunrise Dallas.

On Thursday, members of the Sunrise Movement Dallas held a rally at Comstock Resources headquarters in Frisco.

Dallas Cowboys owner Jerry Jones owns the majority of shares in the oil and gas company, which operates in Texas and Louisiana, according to NPR.

Last week, Comstock admitted it benefitted from what it described as "super-premium prices" when demand rose during the Texas grid crisis.

CFO Roland Burns said that placing a high premium on resources was like hitting a “jackpot” for profits.

The Frisco rally began at 10 a.m. Police arrived on the scene around noon. 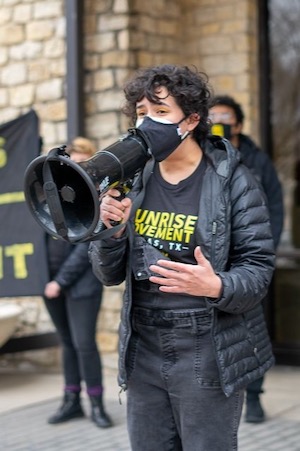 During the protest, Sunrise Movement leaders called on Big Oil to stop profiting off natural disasters, which are exacerbated by climate change.

“Last week, we had people freezing in their 30-degree homes,” said Dallas student Kidus Girma. “Many Texans lost their homes to this preventable disaster. While we were suffering, billionaire Jerry Jones celebrated record profits and Comstock bragged about it. We cannot allow these companies to continue dumping toxins in our environment, hurting our communities, and then profiting off of climate disasters they caused.”

Rally leaders called on residents to stop paying their outrageous utility bills, which in some cases were sent to customers for thousands of dollars. They said the state should forgive all utility bills this month, and held signs that said, “We Won’t Pay” and “Our Lives Over Your Profit.”

The Frisco protest came on the heels of the Sunrise Texas rally at the State Capitol on Monday, where Sunrise activists from across the state demanded that Texas representatives take action to provide immediate relief and embark on a bold transformation to a green economy.