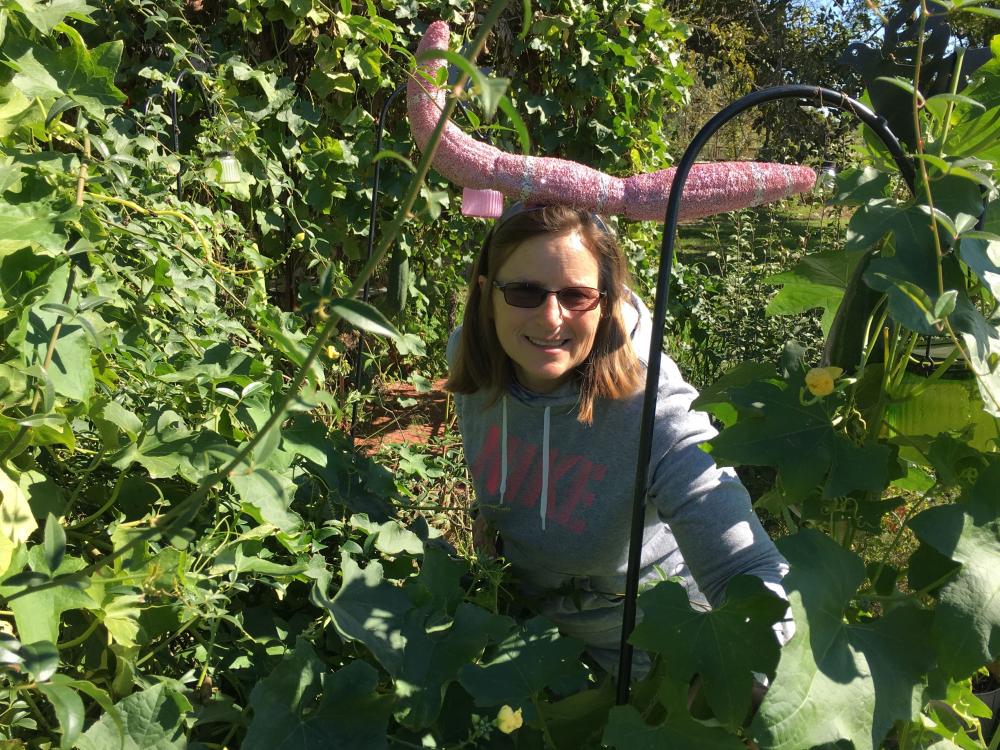 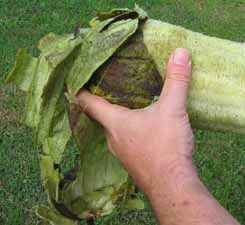 The Wise County resident lives on 14 acres near Aurora and has dedicated a half-acre to growing them. She sells loofah (or luffa) products at farmers markets through her business Luv a Luffa.

But while her business is still a sideline, it's her passion about loofahs that has earned her the nickname Luffa Lady.

Peeling a loofah. Courtesy of Luffainfo.net.

“I’ve grown many plants in my lifetime but my main staple is loofah because I love it so much.”

A self-described jack of all trades, the New Jersey native has worked for the USDA, lived on a farm in Pennsylvania and shown dogs before she discovered loofahs in 2003 when looking for a plant that did well in the Texas drought.

According to Terrell, the loofah is a member of the cucumber family and is the epitome of a sustainable crop.

“Loofahs are very green,” she said. “You can do so much with it.”

Her loofahs are grown organically, without chemicals. A flock of resident Guinea hens helps control the insect population. 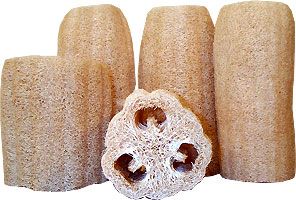 While they are a low maintence crop, it takes loofahs nearly a year to mature. Terrell plants her loofahs in early spring, and lets the gourds dry on the vine through fall. After the first frost, she harvests them and removes the outer shell and seeds.

According to Terrell, the dried gourds have been used as filters for marine steam and diesel engines. They were also used as liners for army helmets.

And you can eat the fruit raw or cooked, similar to zucchini. The flowers are edible and bees love them. And according to Terrell, loofah is good for your sinuses.

In addition, the plants grow well in Texas. Loofahs are resistent to insects and disease and hold up well in the heat.

“Grasshoppers eat the flowers, not the the leaves,” she said.

They’re even being used to make sustainable building materials.

And of course, the dried gourds are sold in beauty departments as body scrubbers and in housewares for scrubbing pots and pans.

While many people have used a loofah scrubber, not everyone knows they make good cat toys.

“I have one cat R.B. who’s responsible. She brought it into the house and started playing with it.”

Terrell has also found they make great additions for Halloween costumes – like the viking hat she made using two loofahs for horns.

At her day job at an Alliance distribution center, where she spearheads the annual Earth Day celebration and has a reputation for her environmental bent, Terrell has created what she calls a  “loofah advisory board.” These are friends and coworkers who help her come up with new ideas for loofahs and test them.

“I gave all the cat people in the building loofah cat toys,” she said.

The group also provided feedback on the loofah diffuser – a loofah in a candle holder with essential oils. 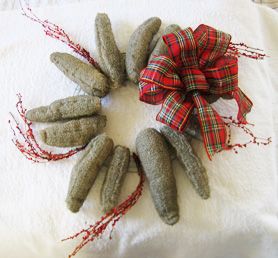 She’s something of a Johnny Loofahseed, selling the seeds on her website too.

“I have everybody growing loofahs,” she said with a chuckle.

And while Terrell also preserves her pasture as a monarch way station, houses three bee hives and keeps dairy goats, none of her other interests matches her obsession with loofahs.