Webb telescope takes us 'Across the Universe' 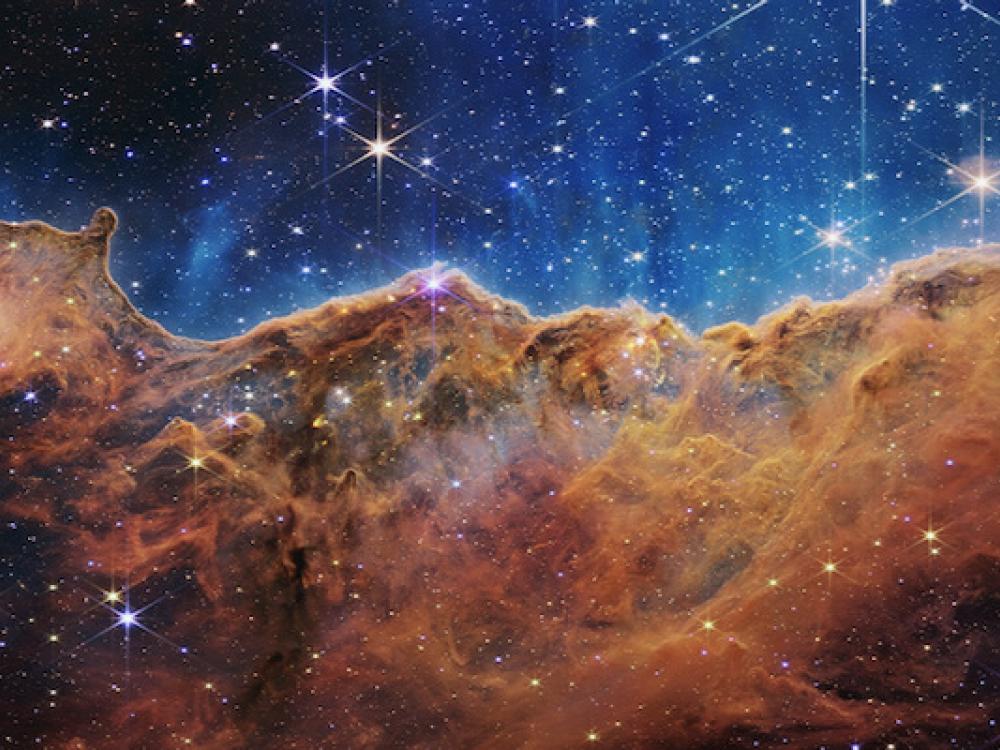 The first images from the James Webb Space Telescope stunned and amazed Earthlings this week. Above, a nearby, young, star-forming region called NGC 3324 in the Carina Nebula.​ Photo courtesy of NASA, ESA, CSA, and STScI.

Among the many dramatic headlines competing for our attention this week, the first images from the James Webb Space Telescope were revealed on Monday.

“We are looking back in time to within a billion years after the big bang,” said NASA on its website.

The Webb telescope circles around a point in space known as the Sun–Earth L2 Lagrange point, according to Wikipedia. Unlike the Hubble telescope, which orbits the Earth, JWST orbits along with the Earth around the Sun.

“Everything about the Webb telescope is mind-boggling. Ponder this: Humans sent a telescope the size of a tennis court into space and parked it four times farther away than the moon.”

The 1968 Christmas Eve Earthrise photo is said to have fueled the modern environmental movement because it changed the way we look at our planet.

Now in another era of global turbulence, the Webb telescope looks across time and space and shows us the spectacular, twinkling backyard that gave birth to our big blue gem. 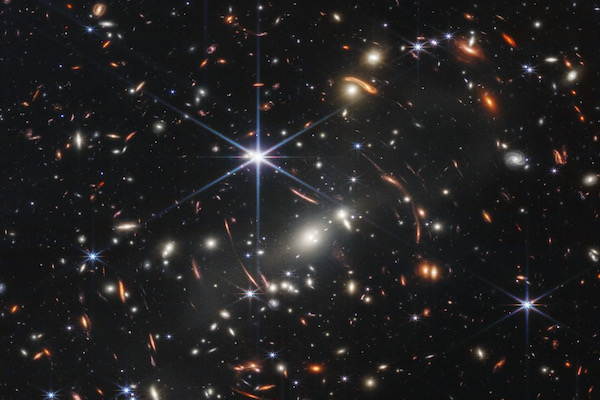