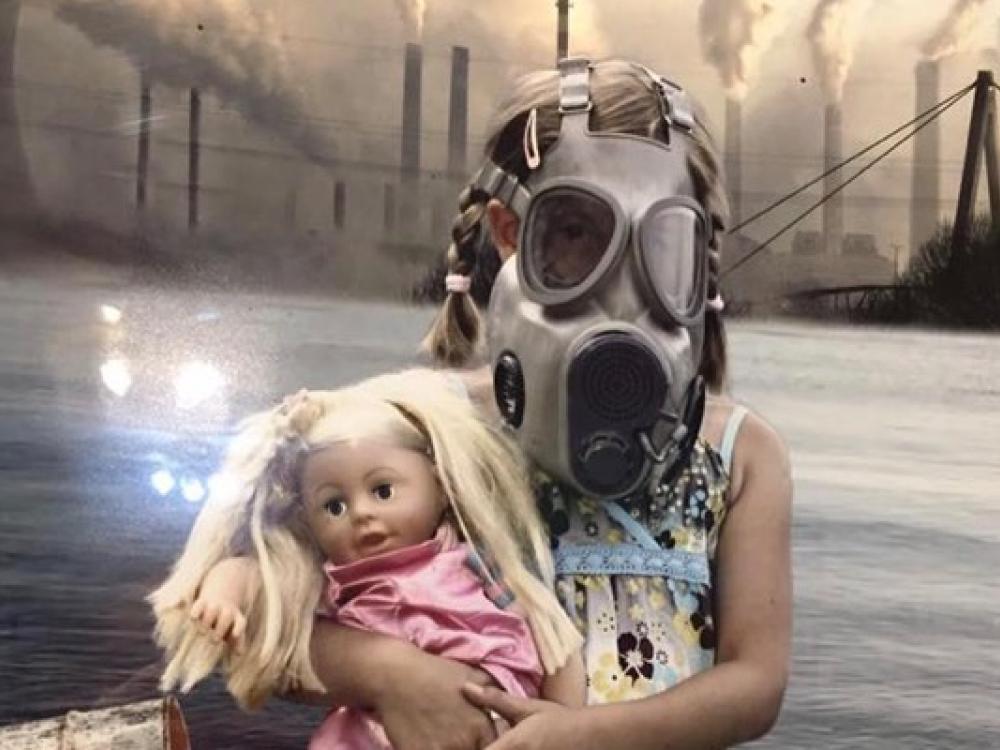 You know the anti-global warming movement has taken root in American culture when a climate change art show appears in Waco. 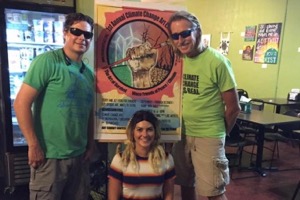 The Waco Friends of Peace/Climate’s inaugural Climate Change Art Exhibition opened Friday and runs through Sept. 30, at Terry and Jo's Food For Thought restaurant in Waco. 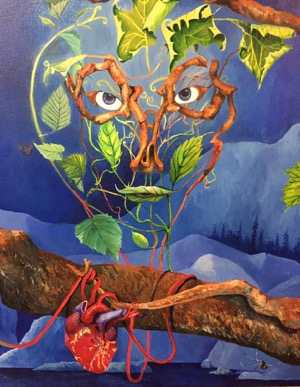 The show features 30 works from regional artists that highlight various aspects of climate change, from the evidence that forms the foundation of global warming science to the current effects of climate change on the landscape and what we can do to mitigate the crisis or adapt to it.

“The goal of the art show is education of Central Texas citizens in anthropogenic climate change,” says Alan Northcutt, director of the group. “We hope to help make climate change an issue of top priority for the public in Waco."

Polls show that a majority of Americans now accept the science of climate change said Northcutt.

“Intellectually, we realize that if we don't keep global temperature rise to less than two degrees Celsius, the world faces devastating impacts of climate change, which may even threaten human civilization. 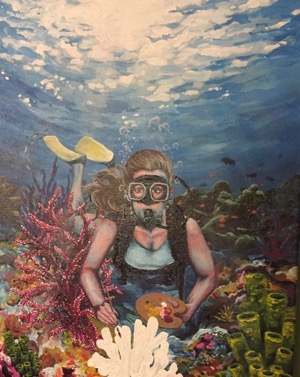 “And we recognize that we have a very short time period to convert our energy system to renewables, approximately 20 years. But beyond this intellectual understanding, humans often must engage the emotions to find the inspiration to attack a herculean challenge such as climate change.

“Our goal is to promote the visual arts to reach the emotional engine of people and thus ignite inspiration to fiercely and consistently combat global warming.”

A reception will be held Sept. 16, from 6 p.m. to 8 p.m. and will feature the show’s artists, live classical guitar music, scientific information and free snacks and wine. Winners of the art show will be announced with cash prices – $1,000 for first prize, $400 for second and $400 for the People’s Choice Award.

“Our goal is to promote the visual arts to reach the emotional engine of people and thus ignite inspiration to fiercely and consistently combat global warming.”

Waco Friends of Peace/Climate is a grassroots organization in Waco with a mission of combating anthropogenic climate change through education and direct action. Founded in 2002 by six local peace activists in protest of the invasion of Iraq, the organization moved on to the issue of climate change in 2008 as wars overseas appeared to be winding down.

“We recognized that climate change was the largest issue facing mankind and turned our focus entirely to climate change,” Northcutt says. “Our name became Waco Friends of Peace/Climate. We observed that around the first of President Obama's term, antiwar groups and activists began to focus on climate change. I believe we were one of the first organizations to make this switch in focus, recognizing that without a livable planet all other issues would not matter. 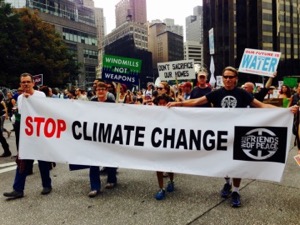 Alan Northcutt, right, with other Waco Friends of Peace/Climate members at the New York City People's Climate March in 2014.

The organization counts about 50 people as its active membership and draws five to 25 participants at events throughout the year. 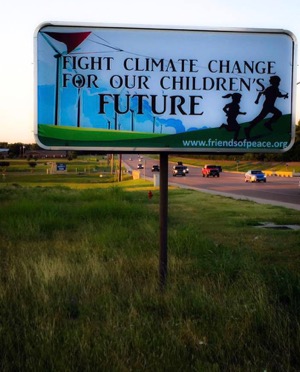 “We have a monthly meeting for business and education, during which we screen a documentary or present a lecture on climate change or other environmental topic,” Northcutt says. “As examples of our actions, we organize protests against fossil fuel infrastructure, distribute climate change textbooks to local schools, protest congresspeople who are anti-climate, distribute free reusable shopping bags, maintain a climate-oriented billboard,  participate in national days of action and attend major marches, such as the People’s Climate Marches in New York City and Washington, D.C.”

The Waco Friends of Peace/Climate billboard.

Two years in planning and finally taking shape last spring, the art show is the latest addition to the organization’s methods of activism.

“The response from artists has been robust, and greater than expected. If the exhibit is successful, we would like to make it annual, with possibly a larger venue,” Northcutt says.

Hosted by: The Waco Friends of Peace/Climate