UNT shows it ‘means green’ by opting for renewable energy 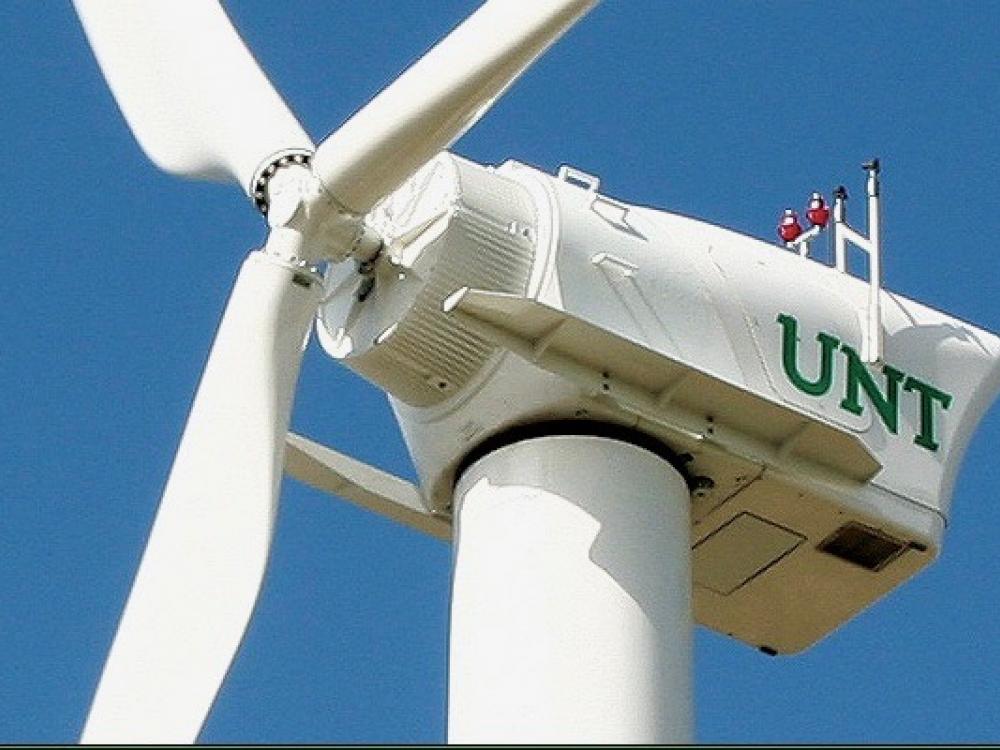 The University of North Texas is known as “Mean Green” in sports but the moniker has come to refer the campus’ ambitious environmental initiatives. This spring, the university demonstrated its committment to green policies when it switched to 100 percent renewable energy.

The change was made possible by the We Mean Green Fund, which enabled UNT to purchase renewable energy certificates through enrollment in Denton Municipal Electric’s GreenSense Renewable Electricity Program. UNT’s enrollment will ensure that energy from green sources is delivered to the grid to cover electricity use at UNT’s main campus and Discovery Park campus, equivalent to powering 7,919 average residential homes. 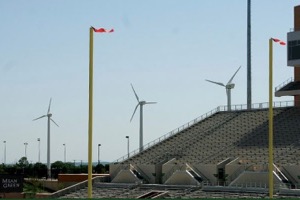 The idea to purchase the renewable energy credits came from Adam Briggle, associate professor in UNT’s Department of Philosophy and Religion, who with help from his students, submitted the proposal to the We Mean Green Fund. The We Mean Green Fund was created in 2010 when UNT students voted to pay a $5 fee each spring and fall to be designated for environmental purposes. Over the years, that money has gone toward completing projects like the Big Belly solar trash and recycling bins; sustainable T-shirts for campus events; Bring-Your-Own-Bottle reusable bottle giveaways; and the “I Bike UNT” safety and theft prevent program.

Gary Cocke, UNT sustainability coordinator, said that UNT is known for its environmental leadership, and this project demonstrates how students are leading the way at UNT.

“I have had many students express interest in renewable energy,” he said.

Cocke added that UNT’s on-site energy production from three wind turbines at the LEED-platinum Apogee Stadium as well as solar panels on its Student Union and its Zero Energy Lab reduce the campus’ need for energy from the grid.

Austin College in Sherman has been operating on 100 percent renewable energy since 2015.

At Dallas County Community College District, Chancellor Dr. Joe May says that DCCCD is committed, through programs and activities, to sustainability.

“That commitment also includes working with our vendor over the next several years to increase the percentage of renewable energy that DCCCD purchased," he said. “Because the cost of renewables is decreasing rapidly, we expect to purchase 100 percent renewable energy within the next five years as that choice is cost-effective and sustainable. The plan supports our students, businesses and the communities we serve in a conscientious and sustainable way.”

At the University of Texas at Arlington, Meghna Tare, executive director of Institute for Sustainability and Global Impact, says UTA has not made a commitment to completely renewable energy.

At Texas Christian University in Fort Worth, Holly Ellman, associate director of strategic communications management, shares that while TCU works to decrease overall usage, they currently have no specific plans to convert to renewable energies.

At Southern Methodist University in Dallas, Kimberly Cobb, SMU director of media relations, said that SMU is continuing to evaluate its best energy options, including the use of renewable energy.

“It is premature to discuss how our energy needs will be met in the future,” she says.