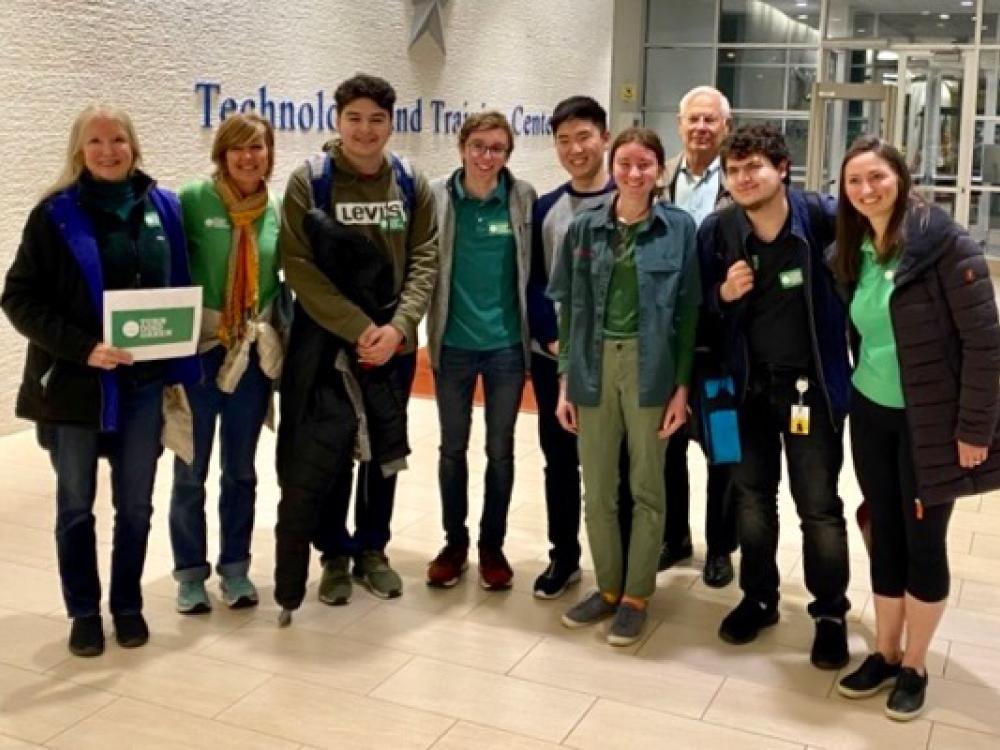 Molly Rooke, left, with Townview High School students and Jimmy Hosch​, in back, after Dallas DISD voted to adopt a Environment and Climate Action Resolution on Feb. 27. Photo courtesy of Molly Rooke.

Molly Rooke of Dallas and John MacFarlane of Fort Worth each spearheaded efforts in their cities in separate campaigns.

As as a result of their concurrent efforts, first Fort Worth Independent School District voted unanimously to establish a Sustainability Committee in late January, charged with finding ways for the district to increase its sustainability and environmental stewardship.

Then last week, Dallas Independent School District trustees unanimously approved an Environment and Climate Action Resolution, which acknowledges that climate change is a threat - especially against vulnerable groups, such as people of color, those in poverty and children, who face an uncertain future dealing with its effects. 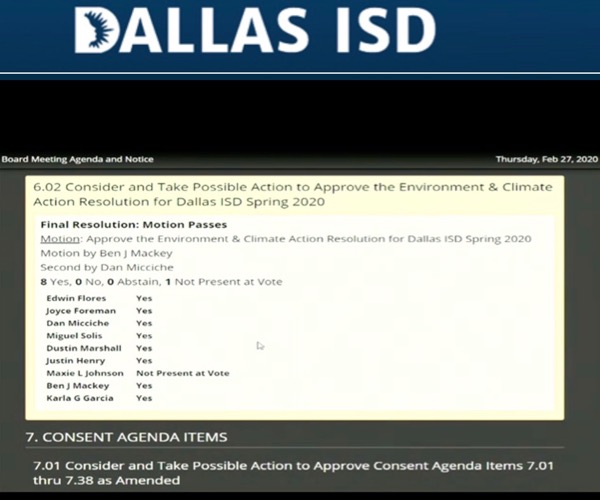 Rooke said in the past she’d tried to get Dallas ISD to purchase electric buses and renewable energy and was unable to make headway. She’d been working with a coalition pushing the city of Dallas’ climate action plan forward and decided there should be a climate policy put in place at Dallas ISD too.

“Just something in writing to show acceptance of the crisis and climate and to also say that they needed to do something as a school district to address that,” she said.

She teamed up with volunteer Jessica House who offered to put up a website and create a petition. House also had a connection with school board member Ben Mackey, who was supportive from the beginning.

Together with input from the Townview students, they crafted the Dallas resolution, which calls for the creation of an Environmental and Climate Committee to look at ways the ISD to increase its sustainability and to align with the city of Dallas’ eventual Climate Action Plan.

“Our mission, our promise to families and to our students is to ensure that they thrive in this world. We also have a parallel responsibility to give them a thriving world to thrive in.”

“I want to thank all the students and the community members who came out consistently to talk about this and raise this as an important point, because it it.”

As for what steps the school district will take to address climate change, Rooke said they hope the ISD will replace its fleet with electric buses, switch to renewable energy and make new schools more energy efficient, preferably net zero. In addition, she wants to see them reduce food waste and improve recycling.

“What happened [at the vote] was definitely encouraging and inspiring,” said Rooke. “It was so great to see the students and how happy they were. And some of them had their parents there. It was just really nice to see them being praised so much as well by the trustees.” 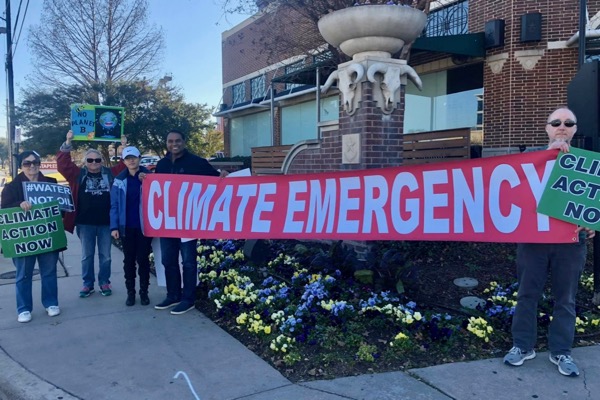 John MacFarlane, right, at one of the Climate Protests in Fort Worth that have been held weekly since November. Photo courtesy of Global Climate Strike Fort Worth.

Meanwhile, in Fort Worth, MacFarlane, chair of the Greater Fort Worth Sierra Club, had initiated an effort to create a Sustainability Committee at Fort Worth ISD unaware of efforts by Rooke.

Although the Fort Worth ISD resolution, which passed 8-0 on Jan. 28, uses the term sustainability not climate change, MacFarlane envisions it addressing the same issues such as reducing carbon emissions and waste. He hopes to be chosen to be on the Sustainability Committee and so he can help guide changes through the system. 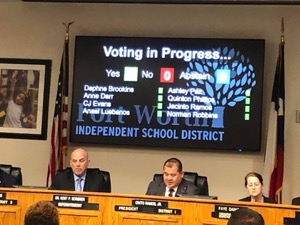 “I think it's one of our best accomplishments in recent history. I spearheaded this 18 months ago and it's finally come to fruition. The goals are not exactly what I wanted to see but it's a really good start, and I'm really pretty happy about it.”

The Fort Worth ISD resolution passed 8-0 on Jan. 28. Photo courtesy of John MacFarlane.