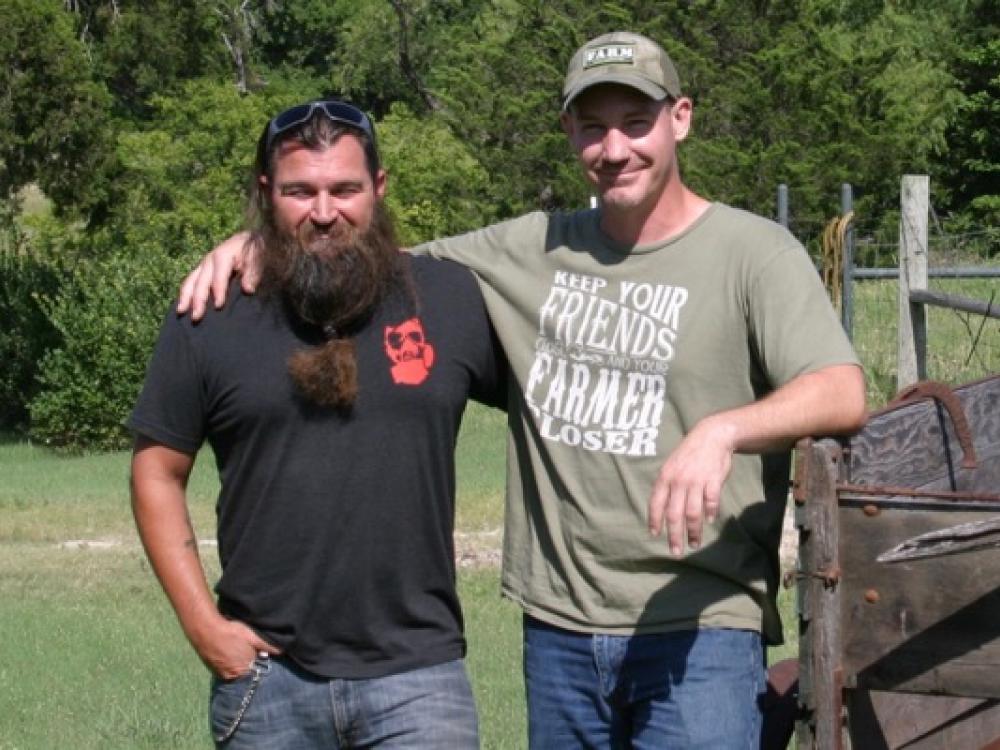 James Jeffers and Steve Smith are the founders of Eat the Yard, a farming business created for veterans to connect with each other, as well as to the land. Photos by Monica Johnson.

Two Dallas veterans have taken up organic farming as a way to earn a living as well as heal from war trauma. Now they want to share the bounty of benefits they’ve found with other veterans.

In 2000, Steve Smith and James Jeffers met for the first time at Fort Hood, in Killeen, Texas, each preparing for deployment as a part of the U.S Army Infantry. Jeffers was sent to Iraq, and Smith ended up at the Kuwaiti border. Over time, they stayed in touch. 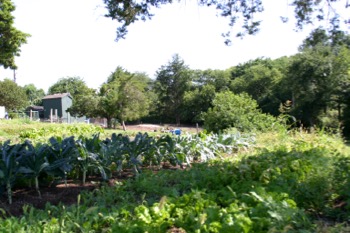 Years later, they both returned to Dallas, each suffering from service related issues – Jeffers was experiencing symptoms from head trauma/concussion and from PTSD, while Smith had become lactose intolerant, and just didn’t feel well overall.  And they were both struggling to readjust to civilian life back in the states.

“You go from possibly dying everyday to coming back here [America] and it’s hard to adjust. You see kids over there, in third-world countries, that are poor and have no education available to them, and back here kids aren’t going to school and don’t care about anything except their iPhones. It’s frustrating to see,” explains Smith.

To address his dairy allergy, Smith cleaned up his diet, consuming mostly organic foods and eventually he converted his yard into a garden to grow his own food. Jeffers, who had moved into the same neighborhood, soon followed suit. They found that gardening was not only a way to provide healthy food for themselves and their families, but it also acted as much-needed therapy – keeping their bodies active while calming their minds.

While Smith and Jeffers had started their healing process, many who had served in the military with them weren’t doing as well. To this date, 11 veterans that they knew personally have committed suicide. Nationally, suicide among veterans is high –22 per day.

So, in 2012, unable to sit idly by while their "brothers" were in pain, Smith and Jeffers started Eat The Yard, a farming business created for veterans to connect with each other, as well as the land. Then in 2014, Smith and Jeffers founded another entity Farmers Assisting Returning Military, a nonprofit that offers a broad range of assistance to veterans, such as recreational, medical and emotional therapy. F.A.R.M. and Eat The Yard complement each other and collaborate on numerous projects.

Eat The Yard’s original model was simple: grow food in yards to sell to restaurants and pick up the restaurants’ food waste to convert into compost. But running multiple locations proved difficult. When 17 acres became available in DeSoto, Eat The Yard found its new home. 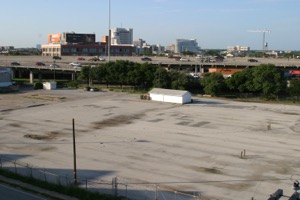 Right now, the fields at Eat the Yard are full of greens, tomatoes and chef-requested specialties, like nasturtiums for Dallas restaurants, including Wayward Sons. It also has several aquaponics systems and keeps chickens for eggs. Eventually, it will add sheep and rabbits for meat.

Smith and Jeffers next project is turning a 2-acre lot in Deep Ellum into an urban farm.

Most recently, Smith and Jeffers are poised to become major players in agro-tourism, signing a deal with the city of Dallas to turn an empty lot – a little over 2 acres - in Deep Ellum into a unique farming destination spot.

“It’ll be like going to a zoo and seeing an animal habitat; instead you’ll see chickens or compost, aquaponics or container gardening,” says Smith. “And we’ll sell all of the components right there for people to purchase.”

The new farm, which will incorporate recycled materials in its construction, will also include a commercial learning kitchen to host events, such as farm to table dinners, cooking classes and an area devoted just to the kiddos.

The veterans say while helping other vets, they also strive to reduce their carbon footprint, serving as a model for sustainable business.

“Whether it’s using biodiesel in all our equipment, picking up compost while simultaneously dropping off veggies to the restaurants we cater to, or rainwater harvesting along with other evaporation prevention systems which are not only good practices but also extremely useful during times of drought﻿ here in Texas. We self-evaluate every day to see where we can reuse, repurpose, recycle, and reduce impact.”

Monica Johnson is a Dallas-based freelance writer, farmer and farm-based educator who has written for a variety of publications including Edible DFW, Edible Austin, Modern Farmer, Slow Food USA and Food Politic. For more information, visit MonicaJohnson.pressfolios.com. Contact her at [email protected]