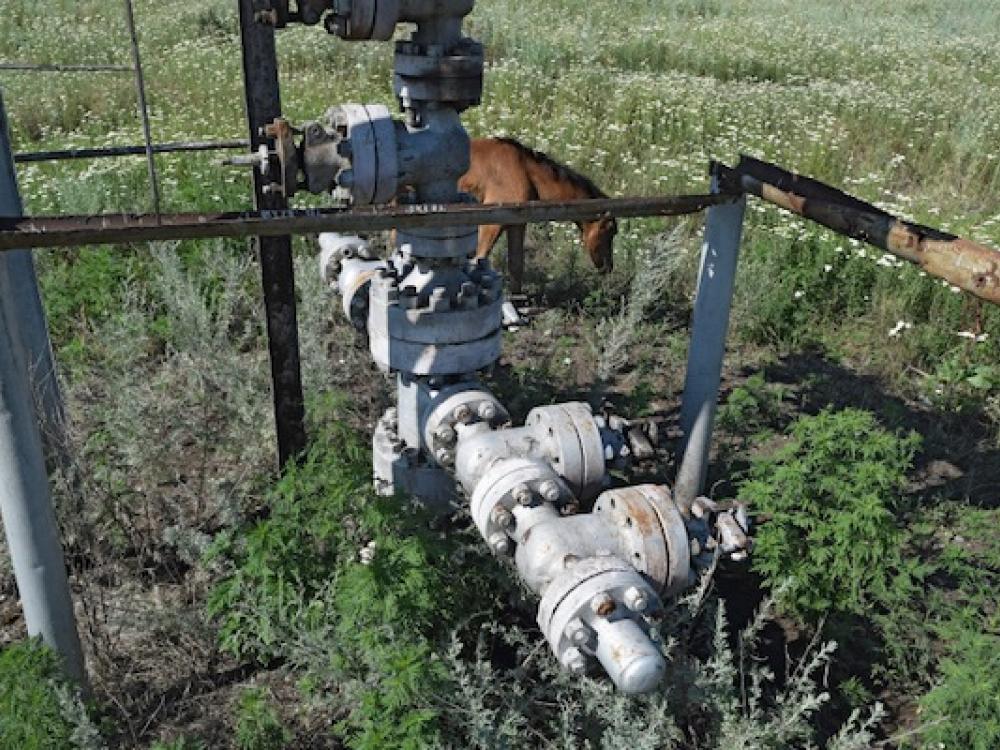 Public Citizen says the Texas Railroad Commission​ exceptions bailed out the oil and gas industry during the COVID-19 pandemic.

Molly Rooke, a long-time Dallas Sierra Club activist, knows first-hand how dangerous an upplugged oil well can be. Rooke's family ranch in South Texas has 25 abandoned wells on the property - 15 are more than 20 years old, she said. The wells were abandoned after the last gas operator to work them went bankrupt.

Rooke, who spends part of the year on the ranch, said last spring, one of the old wells near a public road started billowing pungent toxic smoke.

By the time she and her ranch manager found it, it had killed the vegetation around it.

Her experience led her to join the a Public Citizen lawsuit over the Texas Railroad Commission's granting of waivers to oil and gas industry during the COVID-19 crisis.

Recently, in response to the lawsuit, a state district judge in Austin ordered the Texas Railroad Commission to halt orders granting exceptions to environmental rules.

According to the Public Citizen's Austin office, the exceptions bailed out the beleaguered oil and gas industry during the COVID-19 crisis.

"The rules are designed to prevent environmental damage by requiring oil companies to cap unplugged wells and clean up waste pits. If the Texas Railroad Commission wants to suspend the rules again, at least before trial, it can do so only after posting proper notice of the rules at issue, the court ruled. The commission regulates the oil and gas industry n Texas," said a press release from Public Citizen's Texas office.

Judge Jan Soifer, citing the Texas Open Meetings Act, ruled that the commission gave “insufficient notice to the public that the RRC would adopt orders that grant exceptions or provide the means to grant exceptions for a year or more without giving notice of the rules at issue.”

Public Citizen and two of its members, ranchers Rooke and Hugh Fitzsimons, sued the Railroad Commission of Texas in State District Court in July for unlawfully suspending rules designed to force oil and gas companies to clean up their messes and protect public health and private landowners. During a hearing on July 26, the plaintiffs urged Soifer to halt the rules suspensions.

“We’re thankful Judge Soifer recognized the commission violated the Texas Open Meetings Act,” said Adrian Shelley, director of Public Citizen’s Texas office. “Just as the pandemic began to batter the Texas economy, Public Citizen and other advocates suggested the Railroad Commission address the falling demand for oil by curtailing waste and limiting production. Instead, it gave a handout to the oil and gas industry, and it did so without following the law. The commission also deprived the state budget of fees collected from the industry right before a difficult legislative session. It’s time for lawmakers to regain control of the Railroad Commission and the oil industry it is supposed to regulate.”

According to Public Citizen, Railroad Commission records show that there are at least 6,208 abandoned wells in Texas, 1,606 of which have been inactive for 20 years or more.

The average cleanup cost for one well in 2020 is $20,000. Public Citizen said the issue should examined by lawmakers in the upcoming session in the legislature, especially with the oil and gas industry facing a series of bankruptcies.

Rooke said getting an abandoned gas well plugged was already challenging before the waiver. Over the years, she's contacted the Texas Railroad Commission repeatedly asking them to plug the long dormant wells on her property permanently, but the agency has told her the wells were not high priority. Since the ruling, Rooke said she has been contacted by the RRC who said they will be plugging five of them.

“I’m grateful that the court has prevented the Railroad Commission from using the COVID health crisis to waive the oil and gas industry’s responsibility protect our health,” said Rooke. “These old wells are ticking time bombs and they get much more likely by the day to blow or leak, putting not only our health and safety at risk but that of the community. Judge Soifer ecognized that the commission is not above the law and landowner rights still matter in Texas.”

“All we’re asking the commission and the oil and gas industry to do is clean up their mess after drilling,” said Hugh Fitzsimons, a landowner with abandoned wells on his land. “Industry has profited from the extraction of oil and gas, landowners have profited from it, and the state of Texas has profited from it. But now that so many companies are facing bankruptcy, it’s more likely than ever that they will leave behind messes they can't clean up.”