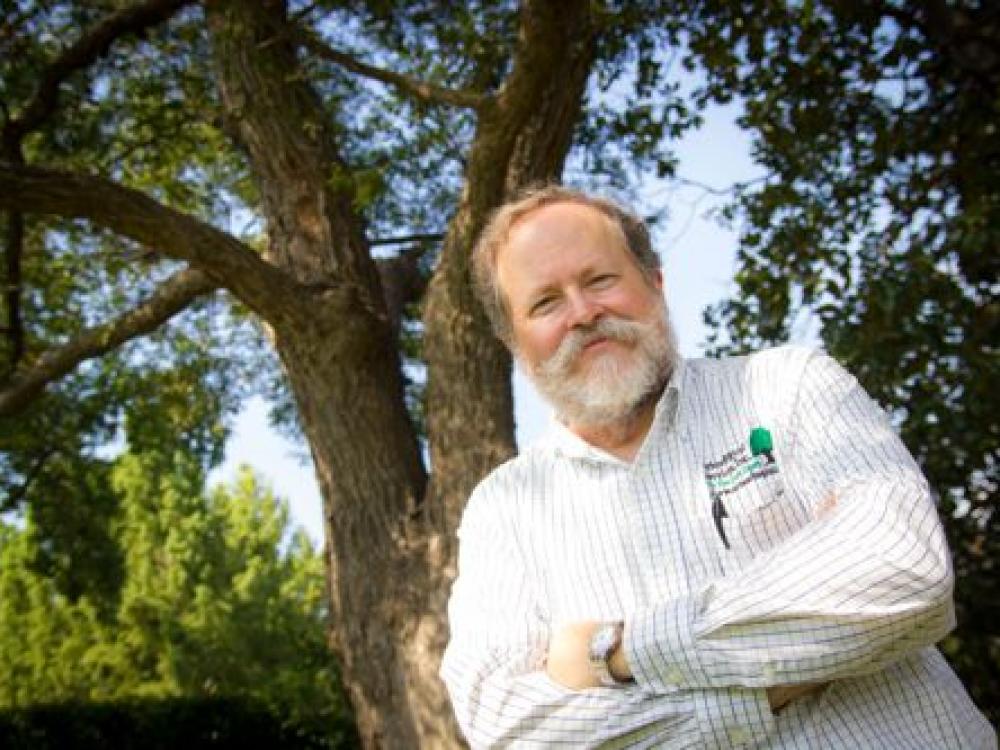 Bill Seaman of the Texas Historic Tree Coalition, based in Dallas, is overseeing a project to find, recognize and celebrate historic trees in each of the state’s 254 counties. Photo by Marshall Hinsley.

If you drive south of Abilene through Taylor County, you’d have no way to know that the stately oak tree at the intersection of FM 614 and U.S. Highway 84 marks the historic Bouldin family cemetery.

Its legacy might fade away, along with the story of the prominent Dr. Bouldin who served the West Texas population long ago, if not for a new project launched by the Texas Historic Tree Coalition.

Through its Texas County Historic Tree Initiative, the non-profit group based in Dallas will create a registry of trees that serve as living witnesses to the state’s countless historic events and places of significance. The goal of the initiative is to find, recognize and celebrate these natural landmarks in each of the state’s 254 counties.

Soliciting nominations from county historic commissions, historic societies and well-informed individuals, the coalition is especially looking for trees whose stories have yet to be told. 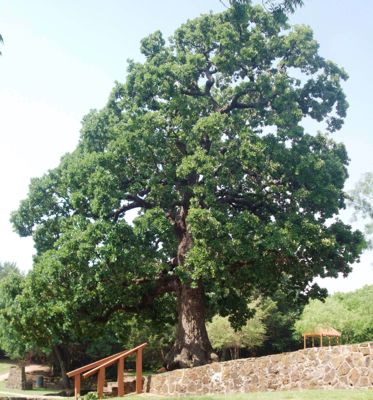 As to what makes a tree worthy of recognition, initiative chairman Bill Seaman said the criteria is broad, so long as the tree nominated has some element of historic significance to the community where it’s located.

Left, the Houston Campsite Oak in Coppell marks the site where Sam Houston camped while negotiating the first major peace treaty between Native Americans and the Republic of Texas. Courtesy of Texas Forest Service.

“We’re asking applicants to make their case,” Seaman said. “That’s where the human element comes in. We’ll look at the documentation that they submit and verify the sources and ownership of the tree or the property where it’s located in making our decision to recognize a tree, for criteria that they come up with on their own.”

In the past, the coalition has commemorated trees tied to major historic events, such as the trees in Dealey Plaza that stood at the time of the John F. Kennedy assassination, and the Survivor Tree in Oklahoma City that symbolizes the struggle and endurance of the community affected by the 1996 bombing of the Alfred P. Murrah Federal Building.

However, the coalition has also recognized trees with a history of a more limited scope, such as the tree at the end of an athletic practice field at Dallas’ Adamson High School. As with the Bouldin family cemetery tree, the story of the Adamson High tree is appreciated by a very small population.

“We recognized it because of its age. It was associated with the old building that was there, and it was associated with all the graduates and the alumni. It’s also the tree that provided shade for the football team and the band players after practice for generations,” Seaman said. “For the community in that neighborhood, that was the symbol of their school. At one time or another, anyone who attended Adamson spent time under that tree, enjoying each other’s company.”

Seaman said that once a nominated tree is verified and accepted by the coalition, its location and its story will become part of an online, public database maintained by the organization. 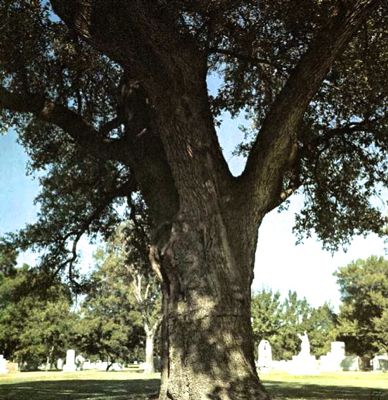 Additionally, the coalition will work with the local county’s historic commission to commemorate the tree with a permanent monument or plaque. The coalition also intends to make the tree’s information accessible through downloadable files suitable for classroom material.

Right, the Turner Oak in Fort Worth. Charles Turner, one of the founders of Fort Worth, who opposed the secession of Texas, buried his gold under the tree after the Civil War broke out. Courtesy of the Texas Forest Service.

Seaman said he expects that some nominated trees will be located on private property. In such cases, the tree and its story will be registered, but the information about the tree will not be made public unless the property owner chooses to share it.

“More times than not, people who own a tree like this or own the property the tree is on consider themselves to be stewards more than owners, and they want to share the tree,” Seaman said. “But I expect the majority of the trees that are submitted will be in public spaces: cemeteries, courthouses school, churches – that type of setting because those places lend themselves so well to siting a tree.”

Seaman said the reason the coalition has undertaken such an initiative is to verify and record the countless stories and footnotes in the state’s history. By associating these stories with the landscape where they occurred, the coalition will create a physical connection to the history recorded.

“These trees are tied to a community. We want people to be able to look at these trees and realize that that tree is directly connected to the history of their community,” Seaman said. “In many cases, it’s a living witness to that history, the activity that went on.

Below, Trader's Oak in Fort Worth is located on the site where the first trading post was located and the first Tarrant County election was held. Courtesy of the Texas Forest Service. 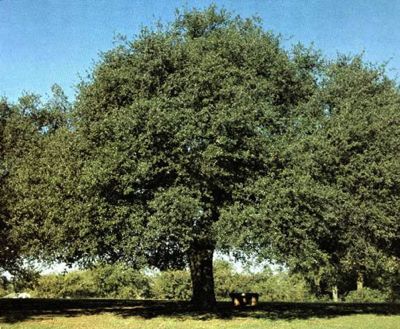 “A tree can live 50, 100, 200 years. In the case of the Bouldin cemetery tree, that tree was there when the Native Americans used the land; it was there when the railroads came through Texas; it saw the first families that moved in and plowed the nearby fields and grazed the first cattle; and this tree saw the Bouldin family bury their first loved ones,” Seaman said. “It’s a tangible part of our history, and we don’t have many tangible, historic things in our culture.

“But trees don’t last forever. We lose a lot of trees to storms, diseases and urban development. We’re hoping that what we’re doing is a way to preserve these trees and their stories in another format. If the tree disappears, people will still be able to go to our website or view our information and learn about these events.”

The coalition will continue to accept nominations for historic trees through the rest of 2014 and then begin reviewing nominated trees in 2015. For now, it’s spreading word about the initiative and accepting up to three applications from each county.

Seaman said history includes both good and bads stories and that the coalition is open to any tree no matter what its history involves.

“I wouldn’t be surprised if we see some hanging trees,” Seaman said. “We expect to see a lot of trees tied to the construction of courthouses and public buildings, school dedications and cemeteries. But we don’t want to be in a position to where we’re discouraging or limiting anyone from nominating a tree. If there’s a story that needs to be told or a tree that needs to be recognized for any reason, we want to have the opportunity to do it.”

Read about Famous Trees of Texas.