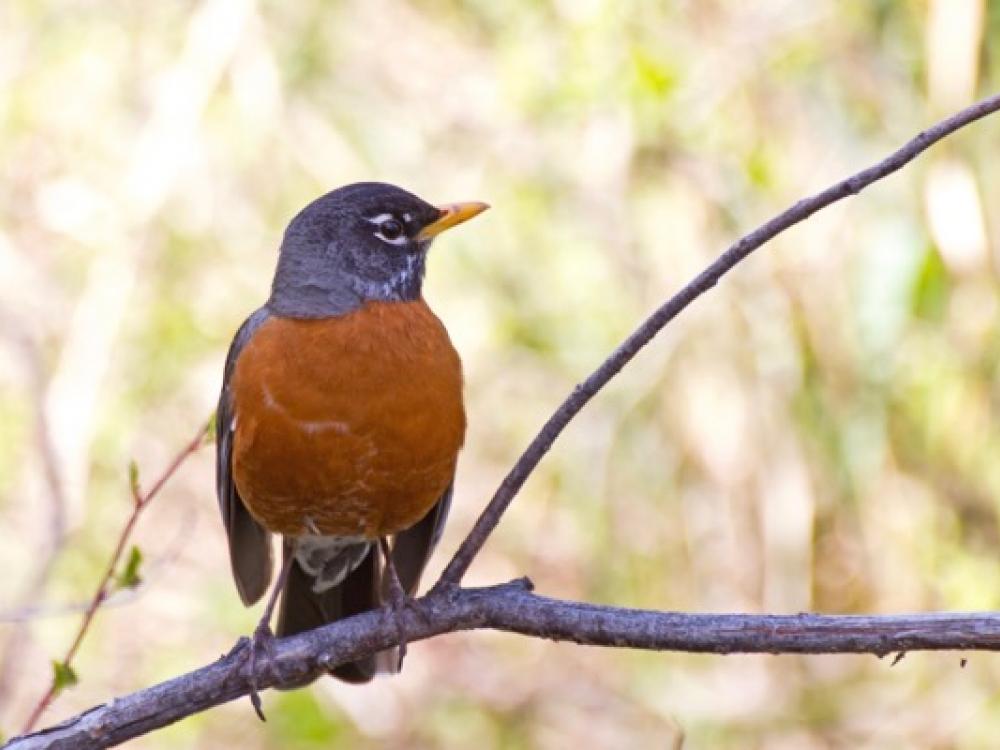 Ken Rosenberg, a conservation scientist with the Cornell Lab of Ornithology is the lead author on a study published in Science that says North America’s bird population has declined by 3 billion birds since the 1970s. We talk to him about the findings as it relates to Texas, the causes and what we can do about it. Podcast by Marshall Hinsley for the Texas Green Report, a production of GreenSourceDFW and the Memnosyne Institute.

Marshall Hinsley: If you've been paying attention of birds, you'll have noticed that there simply aren't as many around as there were just a few decades ago. Avian researchers in fact have found a net loss of 3 billion birds among North American populations in just the last five decades. That's 3 billion with a B. Their findings have been published in a paper that serves as a warning that we could lose some of our most beloved and ecologically valuable species unless we do something about it right now. I’m Marshall Hinsley for the Texas Green Report. In this episode, we'll hear from the paper’s senior author to find out more about this negative trend for birds and how we may be able to reverse it. The Texas Green Report is a production of Green Source DFW and the Memnosyne Institute.

If you've ever enjoyed watching hummingbirds sip sugar water from a feeder in your backyard, or hearing the distant call of a lone mockingbird in the middle of the night, a future without a diverse and abundant bird populations seems outright depressing.

But a year long study by 11 researchers who've poured over half a century of bird population data shows a trend of vastly declining numbers across just about every species. They reported their findings in the paper Decline of the North American avifauna published in the journal Science on Sept. 19, 2019. Their conclusion serves as an urgent call to take notice of what just may be a major extinction event happening before our eyes.

Ken Rosenberg is the senior author of the paper and a conservation scientist at the Cornell Lab of Ornithology and American Bird Conservancy.

Ken Rosenberg​: We took a comprehensive look at all North American bird populations. We looked at species that were declining, species that were increasing and we added up the numbers based on their population size. And what we discovered was a net loss of 3 billion birds across the entire bird community over this 48-year period. And we were pretty stunned by that results.

One of the surprising features was that the losses were across so many birds and across almost every bird habitat and across different groups of birds, except for a few.

The largest losses were in grassland birds, birds associated with farmland areas and a loss of almost well over 700 million birds just for that group and a more than 50 percent loss over the period. Another group that really stood out were the shorebirds. These are sandpipers and clovers, a lot of them are coming from the Arctic and flying all the way to South America and dependent on areas to stop and feed along the coastline. So urbanization, coastal disturbance are really affecting those birds and their populations are already at dangerously low level. So seeing this decline in that group was especially troubling.

Marshall Hinsley: And these were not just a few isolated species. The decline was seen in a wide variety of bird populations. Among birds associated with rural Texas, almost half have vanished.

Ken Rosenberg​: Texas has a lot of a lot of Southern prairies and a lot of the grasslands. So birds like western meadowlark is one of the top declining birds. So just a lot of the common, the rural ranch land, sort of landscape birds are among those that are suffering the greatest losses. So if people are paying attention, they should be noticing a decline in the bird life around them.

Ken Rosenberg​: Another group that that has been suffering losses are desert birds. So birds in West Texas that are in the more arid regions of these areas, are becoming more arid and more hostile because of changing land use and climate change. So that's the group of birds that’s suffering.

Marshall Hinsley: And the losses were not only in native birds, introduced species are also declining, which doesn't bode well for native species.

Ken Rosenberg​: That was probably the most surprising results. Starlings and house sparrows, birds that a lot of people consider pests, these were suffering the same level of loss and decline as the native bird species. And some people might think, ‘Oh, well, that's a good thing.’ But what it's really telling us is that if the landscape around us, that if our environment can't even sustain populations of these so called pest species, then that really is even a stronger signal that there's something going on that's bigger in the environment. And that we're just losing the ability to sustain basic bird populations, if we can't even keep healthy populations of starlings and sparrows.

Marshall Hinsley: Rosenberg says this study looked at what's happening, not why it's happening, but related studies show that habitat loss is the main driver of plunging bird population numbers.

For grassland birds. The added pressure of industrialized agriculture is also to blame. Urban sprawl and a lack of green space in cities effects other species.

Ken Rosenberg​: It’s very difficult to identify the exact cause of the decline for particular species. But we do know from lots of studies, that the primary driver across all these birds is habitat loss, and habitat change. And because the loss of abundance was so pervasive, from grasslands to forests to coasts, for lots of reasons, lots of different factors involved, but one of the commonalities because grassland birds and other birds associated with open fields and farmlands were really the hardest hit.

And this is something we're seeing all over the world. I think there’s no question that changes in agricultural practices, and the intensification of agriculture and loss of hedgerows and fallow fields and grassy margins that are just squeezing out the last remnants of nature in these agricultural landscapes in a lot of areas. And converting grassland into horizon to horizon cornfields and row crops and then you add to that the greater use of more toxic pesticides. So this seems to be one of the major factors in the loss of birds in North America.

Ken Rosenberg​: Having this automated system that's out there that doesn't depend on human observers and doesn't have whatever biases human observers might have. And so the radar is measuring the mass of migration and it’s also showing a similar magnitude of decline in the total bird population.

Marshall Hinsley: About the only species that bucked this trend was waterfowl.

Ken Rosenberg​: On the positive side, East Texas and Texas coastal wetlands have been partly responsible for the tremendous rebound in waterfowl populations that we've seen over the same time period."

Marshall Hinsley: Rosenberg says their story is important because it shows how bird populations in decline can be brought back from the brink of extinction through human intervention.

Ken Rosenberg​: The waterfowl hunters who really were noticing the decline of duck populations in the early part of the 20th century and they did something about it. And they raised their voices and put money where their mouths were and groups like Ducks Unlimited formed and and policies were inacted that essentially put billions of dollars into the restoration and protection of wetlands for the purpose of having healthy populations of waterfowl for recreational duck hunting.

Marshall Hinsley: So how do we apply this successful strategy for game fowl to songbirds and other non game species?

Ken Rosenberg​: Well, that's the big question. And what we're hoping that this paper will do is for the millions of people who love birds, who love all birds, who are not hunters. These people, we need to raise our voices and we need to be a force for change. And the hunters, the hunters were pretty forceful about it and successful and I think that nature lovers and bird lovers in general have been more quiet. And we're just hoping that people will pay more attention and change their individual actions and demand change so that we do not lose our birds and we do not lose the natural world around us.

Marshall Hinsley: Rosenberg says we need large scale action to address the decline among birds. But we can get started individually by changing our habits and being more aware of the needs of the birds around us. The research team has set up the website, 3billion birds.org. It offers more details about the study and how we can help reverse the decline.

Ken Rosenberg​: And we have a list of seven simple actions. That's what we call it. And these are things that people can do. And they range from protecting your windows to minimize killing birds, to keeping your cat indoors to drinking shade grown coffee, and minimizing your use of pesticides and those sorts of things. And so these these are actions are not big sacrifices that people can take. If you drink shade grown coffee, it's wonderful coffee and you're not only getting good coffee, but you're actually protecting birds instead of supporting coffee farms that are that are cutting down rain forest. So individual actions are important, but then we also give suggestions for how people can amplify these actions and make it a community effort, make it a societal effort and ultimately, again, raise our voices to effect some policy changes some societal changes, because these things need to happen at a larger scale, obviously, than individual people. But individual people making that change is what is going to lead to the larger change.

Marshall Hinsley: The loss of 3 billion birds in 50 years is yet another reason why sustainable living must be at the top of our individual and national priorities. I'm Marshall Hinsley for the Texas Green Report. You can learn more about what Texans are doing to live more sustainably at GreensourceDFW.org