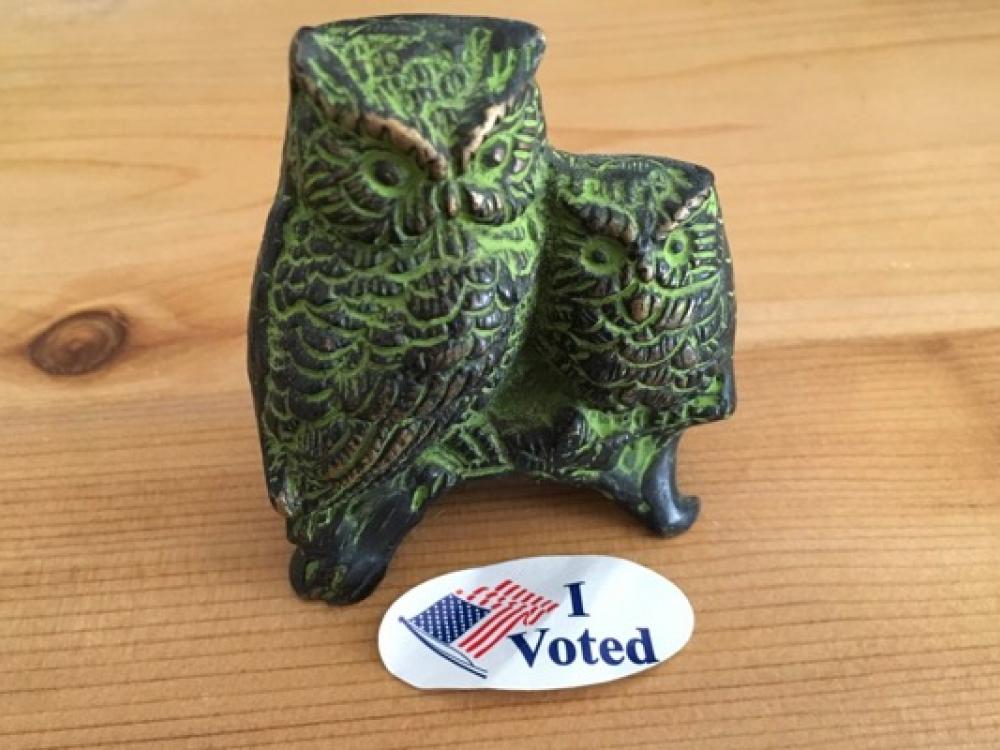 By 5 p.m. Wednesday, the third day of early voting in the mid-term election, almost 1.2 million Texans had already voted, according the The Texas Tribune. The turnout far exceeds day-three totals in the 2014 mid-term —by more than 90,000 votes in Dallas County and more than 57,000 in Tarrant County. It boggled election observers on Texas Tribune, Texas Standard and National Public Radio.

How many are voting “green?” Or will, by Election Day, Nov. 6?  Good question. In a state beset with unprecedented flooding, heat, hurricanes and drought that scientists agree are exacerbated by climate change and an economy underpinned by carbon-spouting fossil fuels, that can matter. So the state chapter of Sierra Club, the country’s largest and oldest grassroots environmental organization, evaluates candidates for the benefit of like-minded voters.

The Sierra Club Political Committee of Texas supports, on a nonpartisan basis, state and local candidates shown “through their voting records and position statements…[to] share the environmental goals of the Sierra Club,” says the group’s website

“Number one is, to initiate measures to combat climate change.”

“Secondly, support local control by municipalities over environmental regulations. For example, controls on oil and gas fracking and pollution.”

Griggs gave an example from just before the 2014-2015 Texas Legislature, when House Bill 40 banned local ordinances on oil and gas operations. Earlier, Dallas had established one of the largest setback distances for those operations from community facilities such as hospitals, schools and parks: 1,500 feet. It stands, so far.

“Create pathways for expansion of renewable energy,” is the third commitment asked of state and local candidates, said Griggs. “We mean things like incentives, supportive legislation such as expanding the Texas Renewable Portfolio Standard,” the state’s prescribed energy mix.  Enacted in 1999, it helped propel Texas to number one wind energy producer in the U. S.

“Lastly, enact protections for clean air, clean water and wildlife, those have always been core Sierra Club values” since the organization’s founding in 1892, Griggs stated.

“Other factors” in endorsements, as Sierra Club’s TurnTexasGreen.org site says, “may include the candidate’s public record, past accomplishments and… positions on social justice issues.”

The Fort Worth area environmental endorsements were given to 10 candidates for local and state office.

Six candidates for statewide office were endorsed, including for governor and for U.S. Senate, posted at Sierra Club Voter Guide.

Questioned about the preponderance of Democrats on these lists, Griggs replied in so many words, it just turns out that way.

“We endorsed Republican [State Senator] John Carona, one of the few business-type Republicans who believed you could unite business and environment.”

In Sierra Club's 2017 legislative scorecard on Texas lawmakers’ votes in the 2016-17 session, Griggs noted, “no Republican scored above a ‘D.”

What can residents do to help get the vote out? Green Source asked.

“Voting early is really helpful. Definitely, because you never know, you could wait until Election Day and your car could break down. Bad weather depresses voter turnout.”

“You can ask your friends and neighbor, ‘have you voted?’ I‘ve asked several people.”

If the answer is no, the appropriate response, Griggs says, is “‘we can arrange a ride for you.’ Especially for seniors...Ask the person, ‘would you like to vote early? Which day? Then tell them,  I’ll have someone call you.’”

“Ask your party organization. The Dallas County Democratic Party has a ‘get out the vote’ campaign.  Paid workers at candidate headquarters and party headquarters provide rides.”

“Most candidates have on their websites a list of ways supporters can help get out the vote.”

VoteTexas.gov, the Secretary of State’s site

Texas Decides, a joint project of League of Women Voters and Texas Standard

Green Source DFW does not endorse any candidates for public office.