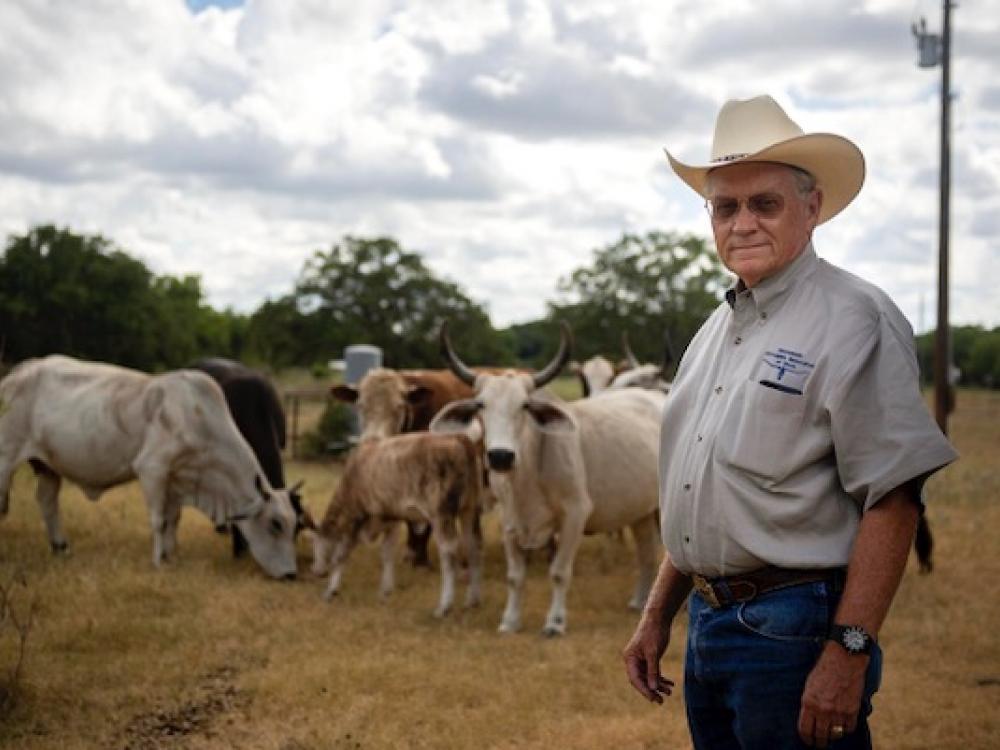 A new study from the UT-Austin and Texas A&M warns that droughts in the latter part of this century could be the worst on record. Above, Bill Hyman is executive director of the Independent Cattlemen’s Association of Texas. Photo by Allie Goulding/The Texas Tribune.

While Texans on the Gulf Coast are bracing for torrential flooding from Hurricane Laura, statewide Texans are facing another more subtle catastrophe - drought.

Arthur Uhl III has been ranching for 30 years and routinely has the same lament: "It doesn't rain enough."

Uhl, who works on his family's San Angelo-area ranches, needs the rain to grow the grass that feeds his livestock. But in a region that’s prone to megadroughts, he’s had to make changes for sustainability’s sake.

“We meter all of our groundwater posts, for one thing,” he said. “We’ve enclosed most of our tanks. We use precision irrigation systems. And we reuse water when we can.”

The situation has been tough, but it's about to get a lot worse — for Uhl and ranchers all across the state. This century, Texas could face the driest conditions it has seen in the last 1,000 years, according to a new study from a team of Texas A&M University and University of Texas at Austin researchers.

The study highlighted a slew of looming problems for the state’s water supply. First, climate change will lead to even more megadroughts. In the latter half of the century, those droughts are likely to be worse than any of those previously on record.

“Our study shows that the drier conditions expected in the latter half of the 21st century could be drier than any of those megadroughts, depending on how you measure dryness,” lead researcher and A&M professor John Nielsen-Gammon wrote in a press release.

Second, the higher temperatures brought about by climate change will lead to more evaporation from the surface lakes that many parts of the state rely on. This problem will be particularly pronounced for Dallas, which relies entirely on surface water for its water supply, the study says.

Third, the state’s population is continuing to grow — from just under 30 million now to a projected more than 50 million in 2070 — meaning the demand for water will go up as the state gets drier. 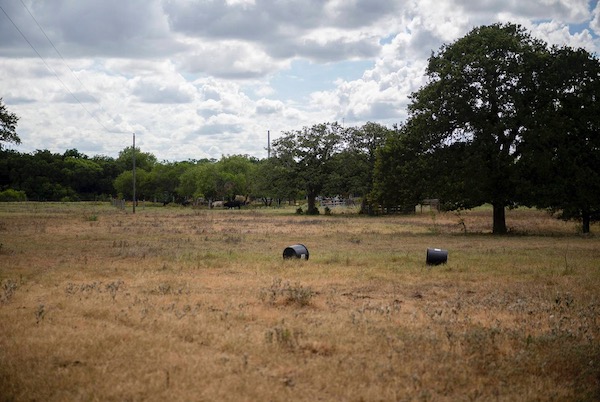 A recent study says droughts could be a major problem affecting ranchers in Texas. Photo by Allie Goulding/The Texas Tribune.

“We're warming up the atmosphere; that’s been happening and is projected to make the droughts more severe, but in cities like Austin, Dallas, Houston, the Rio Grande Valley and San Antonio, we know that populations are continuing to grow at a rapid pace,” said Jay Banner, a professor at UT-Austin who co-authored the study.

Merry Klonower, a spokesperson for the Texas Water Development Board, which offers water planning assistance to municipalities, said that each of 16 regional water planning areas throughout the state is required to take into account population projections for the next 50 years when making water supply decisions.

“And if there is a shortage, then the very next step is they have to determine how they are going to meet their water supply needs for that growing population,” she said. “So we have been doing this since the ’90s and it is a very robust process. So the state is well-prepared and is looking at future populations and water supply needs for municipalities.”

But the warnings are alarming to water conservation advocates and ranchers alike.

Uhl, the second vice president of the Texas and Southwestern Cattle Raisers Association, said that severe droughts limit forage growth, and without forage, cattle can’t produce calves — meaning ranchers have to sell them off.

“And so that leads to a shortage of the first step in the supply chain which is the production of the calves, which eventually turn into beef,” he said.

Bill Hyman, who has ranched in Gonzales for the past 40 years, agreed, noting that the impacts of drought on the supply chain can extend far beyond Texas.

“We're in a world market,” said Hyman, who is also executive director of the Independent Cattlemen’s Association of Texas. “It would create a shortage in the world's supply. And the price of beef will go up for the consumer.”

Ranching and agriculture contribute to a significant portion of the Texas economy. The Lone Star State boasts the greatest number of farms in the nation, and in 2017, Texas farms sold almost $25 billion worth of products— the third highest among all states, according to the U.S. Department of Agriculture. Of the market products sold in Texas that year, nearly half belonged to the cattle industry — and cattle were worth $12.3 billion in commodities in 2017.

Uhl and Hyman emphasized the importance of water conservation among ranchers.

“We’re passing on as much education to our members on how to rotate pastures, how to improve their grasses with different varieties of weed spray, brush control,” Hyman said. “All of the options that are out there of course, some are more expensive than others but we try to give them the most efficient method of getting more forage for their money.” 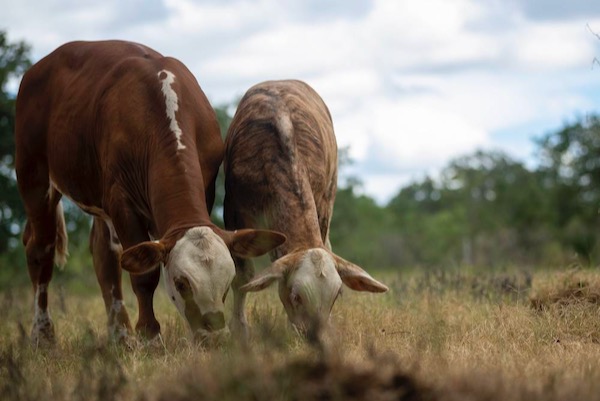 Cattle on a ranch in Gonzales. Photo by Allie Goulding/The Texas Tribune.

Meanwhile, environmental activists say the Legislature could do more to promote water conservation among the state’s various stakeholders. Ken Kramer, the water resources chair of the Sierra Club’s Lone Star Chapter, said lawmakers should impose conservation requirements upon municipal water districts that wish to receive funding for projects and encourage them to pursue new avenues to conserve water during drought season that minimize the impact of evaporation.

“Legislators can basically impress upon various river authorities and municipal water suppliers that certain types of water projects like surface water reservoirs are not going to be the answer to our future of water during megadroughts… because those surface water reservoirs lose a lot of water to evaporation,” he said. “And so we need to be more innovative in terms of doing things like promoting rainwater collection and storage.”

Jennifer Walker, the deputy director of Texas water programs at the National Wildlife Federation, said that ultimately, it is up to consumers to reduce their own water usage by taking steps such as not watering lawns excessively and not attempting to cultivate landscapes that are inappropriate for Texas’s climate.

“We need to have a shift and how we think about our water and about how we use it as a community because it's a resource that belongs to all of us in Texas, and not just the people, but the environment, and the wonderful thing about Texas is all the people and all the landscapes and all the critters,” she said.

Meena Venkataramanan is a senior at Harvard University and a summer reporting fellow at The Texas Tribune. Meena is a founder of the multimedia storytelling initiative Stories from the Border, participated in the Politico journalism institute and was a political fellow for ABC News. She has also worked for the Harvard Political Review, the Harvard Crimson and the Harvard Advocate, an art and literary magazine. Meena is fluent in Tamil and Spanish.