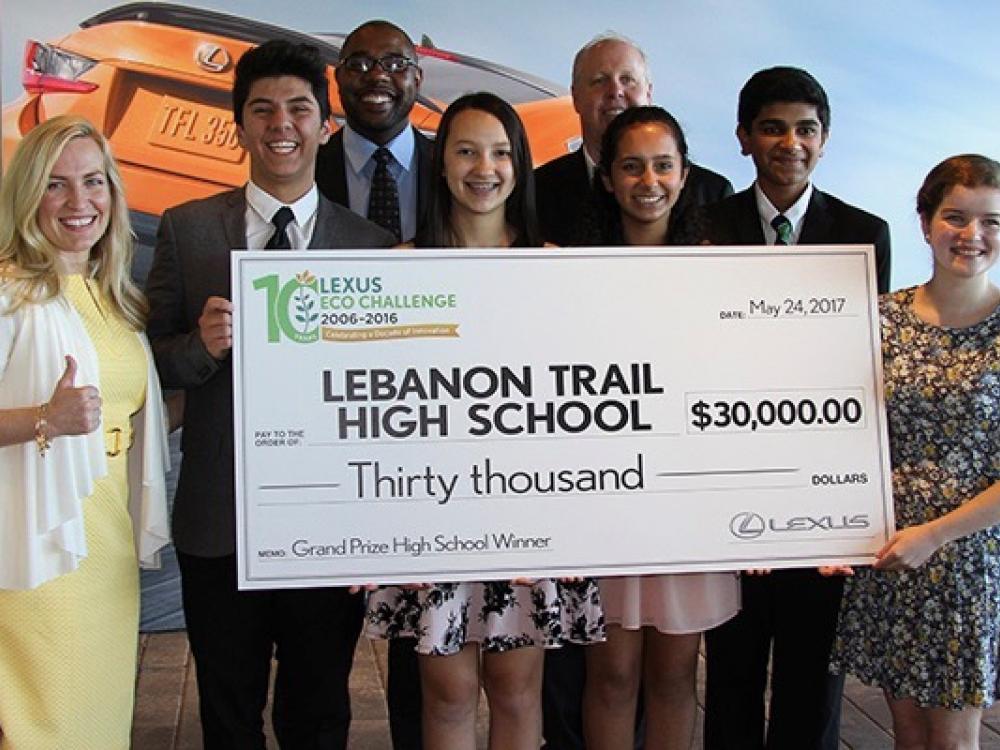 The Lexus Eco Challenge underway is a national contest, but North Texas students should be encouraged knowing a Frisco high school took home the top prize in last year's competition.

Earlier this year, five freshmen from Lebanon Trail High School in Frisco ISD were awarded the $30,000 Grand Prize for high schools students for the 2016-2017 contest.

"The Lexus Eco Challenge inspires and empowers young people to learn about the environment and take action to make improvements in their community and beyond,” said Lexus spokesperson Audrey Lundy.

Lexus, a division of Toyota whose North American headquarters is located in Plano, teamed up with Scholastic, the global children’s publishing, education and media company, to create this popular and successful national STEM competition offering scholarships and prizes totaling up to $500,000

For the contest, each team of 5-10 students selects an enviromental topic that impacts their community. They then create a digital presentation outlining a solution.

To date, more than 30,000 middle and high school students have earned over $5 million for themselves, their teachers and their schools since the Lexus Eco-Challenge inception in 2007. However, the real reward is cleaner air, land and water right in their own neighborhood.

The Land & Water Challenge is already underway until Oct. 16, followed by the Air & Climate Challenge from Oct.18 to Dec. 11, 2017. Winners from each challenge are then invited to participate in the Final Challenge from Jan. 22 to March.5, 2018 with a top prize of $30,000 for both the winning middle and high school teams.

Lundy said the total number of teams awarded each year is 32 for Land & Water and Air & Climate combined - making a total of 16 middle schools and 16 high schools.

“These winning teams then go on to participate in the Final Challenge where they can win again,” Lundy explained.

The total number of schools awarded in the 2016-2017 Lexus Eco Challenge included 26 schools with some schools, like the winning team in Frisco, participating in both challenges. 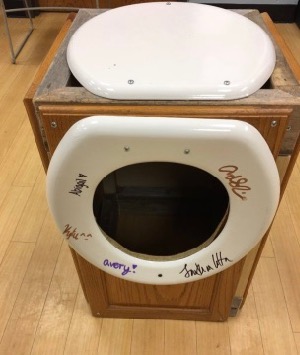 One of the instruments made by the Frisco high school team. Courtesy of CBS 11.

They made more than 75 flutes, violins, guitars, trumpets and percussion instruments from old odds and ends and sent them to areas in need around the world, from Latin America to the Middle East.

“Where others saw trash, we saw a second chance… for the trash, for the kids, for music,” Kimberly Church, the students’ teacher. “These students had the audacity and the courage to step out and step up and do something.”

The Lexus Eco Challenge is part of The Lexus Pursuit of Potential, a philanthropic initiative that generates up to $3 million in donations each year for organizations that help build, shape and improve children’s lives.

“These actions [made by the students] are made to make improvements in their community and beyond,” Lundy concluded. “These actions can spur future environmental improvements and may encourage students to apply skills they learn to future endeavors locally or even globally."

About: This STEM competition for grades 6–12 is built on three challenges: Land & Water, Air & Climate, and an invitation-only Final Challenge. A total of $500,000 in grants and scholarships are awarded to eligible teachers, students, and schools each year.

Challenge 3: Final. 32 finalists teams are selected by invitation only.