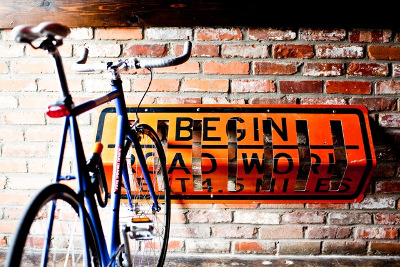 It’s a sign. Literally. Stephen Hartzler’s jewelry and art are frequently made of recycled street signs donated to him by sources all over the world.

The Dallas native is fascinated with the idea of repurposing socially recognizable materials as fashion and fine art. In Hartzel’s words, “a kind of evolution takes place that allows the material to continue to function in a new and unusual way.” 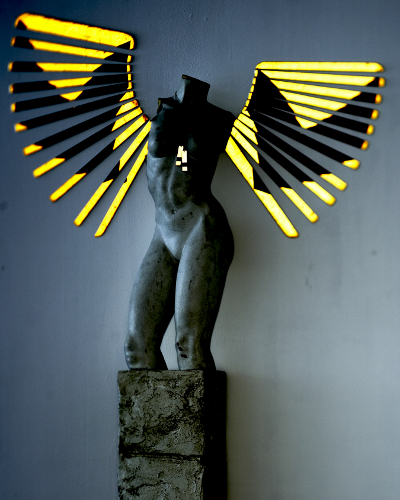 (Photo: Statue with wings made of discarded street signs)

In Hartzel’s mind all of society, from the individual to larger communities, benefits from being aware of environmental impacts. Conscious of many local efforts to contribute to environmental sustainability, he has consistently worked with reclaimed materials for more than 10 years. “These days,” he says “there is never a shortage of old, discarded materials,” citing urban redevelopment as a major cause of the surplus.

Hartzler’s work tells a tale of an industrially influenced culture, not only through the materials used but with sharply angular lines and highly contrasting colors. His signature “Dangerous Curves” design features a human form anchored in cement, opening its arms to reveal wings made of (you guessed it) familiar street signage. The image seems to suggest that nature has become completely entrenched in industrialism and reliant upon manmade materials.

For as long as he can remember, Hartzler has been drawn to art and fashion, preferring to alter his own clothing and accessories to purchasing pre-made products. It was during college at The University of North Texas, however, that Hartzler began factoring the environment into his work. His Metals instructor, Harlan Butt, awakened him to the need to create balance amongst his metalwork, the skin that would wear it and his natural surroundings. This led Hartzler into the direction of recycled metals, and he has not looked back since.

“Because of the cultural representations of my recycled jewelry, I believe the pieces will someday be artifacts,” he says. 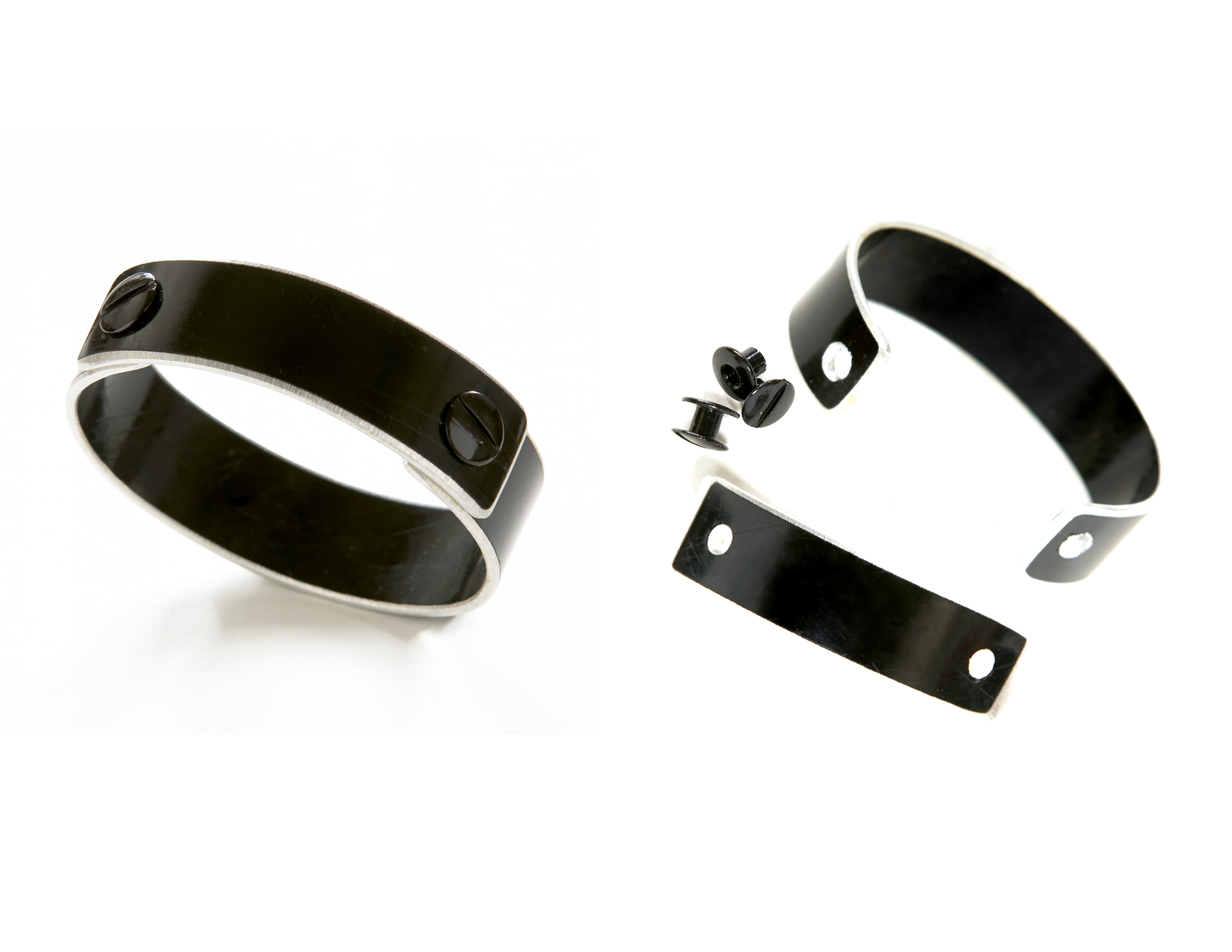 His creations can directly reflect the buyer’s culture, which he said allows them to express themselves uniquely. “My jewelry is all about the relationship between owner and article,” he said, adding that many of his buyers will delay purchases until they find a piece they feel will represent them forever.
Hartzler also works with silver to create unique, elaborate pieces. In his clothing line, which includes t-shirts and hats, he focuses on vintage Dallas icons.

His work has local appeal but speaks to individuals across the country. Retail outlets and museums in Texas, Colorado, California and New York are now selling Hartzler’s designs.

As he continues to design and produce meaningful, one-of-a-kind fashion and art, Hartzler plans to continue running strong on a green-friendly path. As he does so, he plans to keep his work full of surprises.

No matter where the journey leads, Hartzler hopes that his work will encourage others to incorporate the environment into the balance of everyday life.

Jada Brazell is a freelance writer who also consults for fashion- and art-based businesses on business branding. She has written for the Odessa American Statesman, edited pieces for corporations inclduing Radio Shack and the Texas Senate, and had bylines featured in Westbound Magazine and others.