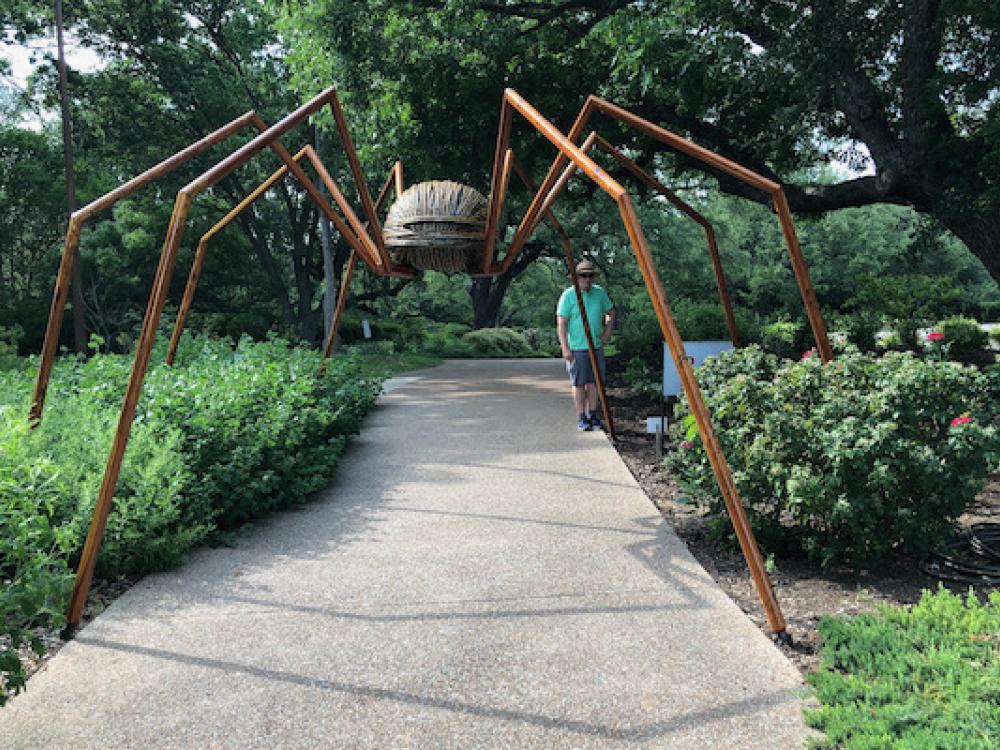 A 10-foot high daddy longlegs, made from tree limbs and other forest material, towers over the walkway at the Fort Worth Botanic Garden. Photo by Julie Thibodeaux.

A daddy longlegs looms over a sidewalk. Ants — 25-feet long — parade down a green mall. A giant dragon fly floats on a pond.

The little critters that humans often swat at, complain about and generally discount are now the stars of Big Bugs, which will be on display at the Fort Worth Botanic Garden, for one last weekend, through June 12.

The whimsical sculptures are the work of Long Island, NY- based artist David Rogers.

Signage provides fun facts about the beneficial garden anthropods, which can be found in our own back yards.

Dragonfly at Fort Worth Botanic Garden

A dragonfly floats on a pond at the Big Bugs Exhibit at the Fort Worth Botanic Garden. The exhibit by David Rogers closes June 12, 2022. Video by Julie Thibodeaux.

Did you know that damselflies eat pests such as mosquitos and flies? Or that the silk that spiders produce is five times stronger than steel?

The exhibit is timely. Insects could use some positive press.

Recently, scientists warned that the world’s insect populations are dangerously declining due to habitat loss, pesticides and climate change.

According to Biological Conservation, over 40 percent of insect species are threatened with extinction.

“If mankind were to disappear, the world would regenerate back to the rich state of equilibrium that existed ten thousand years ago. If insects were to vanish, the environment would collapse into chaos.” 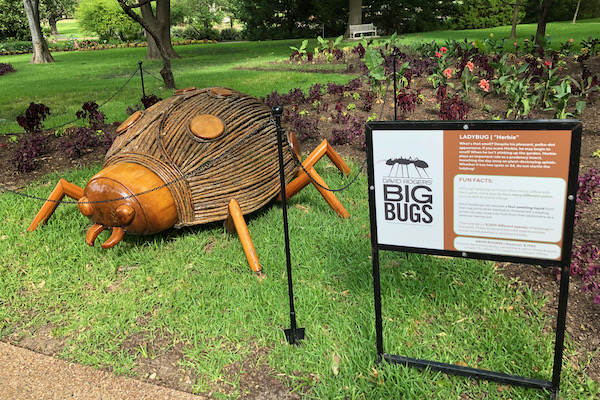