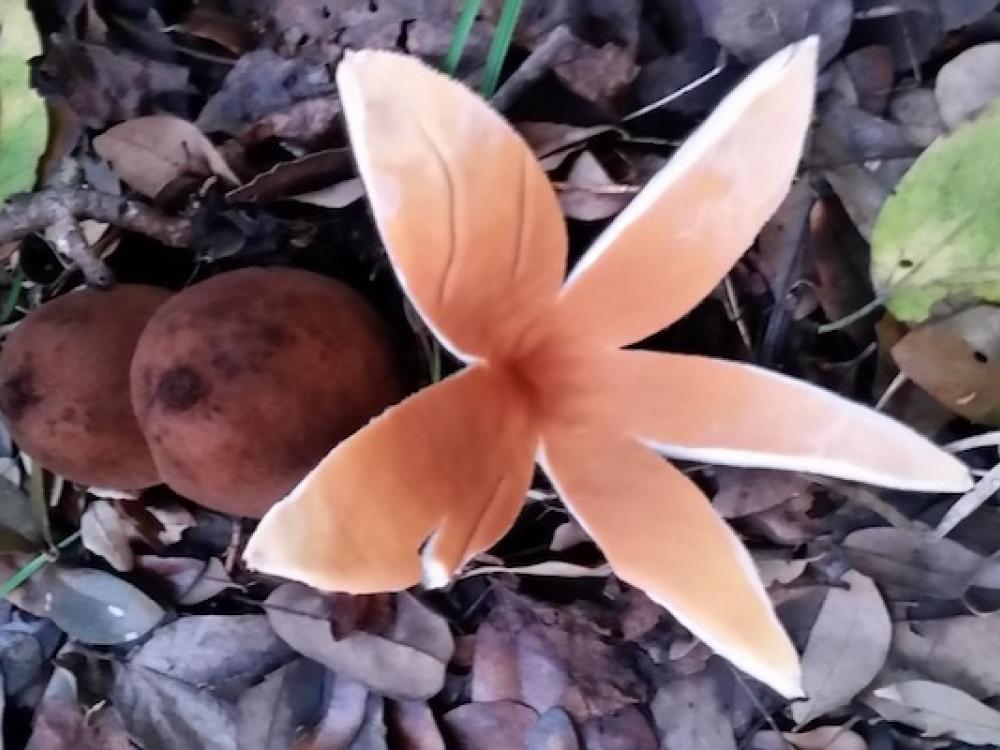 A rare and unique mushroom native to North Texas is now a Texas icon, thanks to the Texas Legislature.

Chorioactis geaster received official designation Friday when Gov. Greg Abbott signed a resolution making it the State Mushroom of Texas. Only two other states (Minnesota and Oregon) have officially declared a state mushroom.

The star-shaped fungus, also known as Texas Star, is native to North Texas.

“This is another great example of the tremendous biodiversity that exists along with us in the DFW Metroplex,” Sam Kieschnick, DFW urban wildlife biologist for Texas Parks and Wildlife. “I’m sure that folks have walked right by this incredible mushroom at River Legacy Park without knowing it." 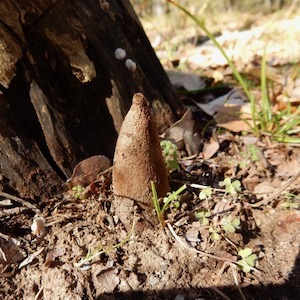 According to Chris Smith, marketing director for the Fort Worth Botanic Garden and the Botanical Research Institute of Texas, which merged last year, the mushroom is highly selective about where it grows, mostly attaching to decaying cedar elm stumps in the central and northern parts of Texas (16 counties, and recently in Oklahoma). Japan is the only other country where it has been seen and documented.

But is it edible?

"Here’s a running joke told by botanists: Everything is edible — once," joked Smith. "But this mushroom is not for human consumption."

Appearing in late fall, it emerges as a dark brown, fuzzy capsule three to four inches in length inspiring another of its nicknames, the “Devil’s Cigar.”

“As this fungus matures, it splits open from its apex and forms a good-sized, brightly colored star and naturally, we have always thought it made sense for it to become the state fungus of the Lone Star State,” said Harold Keller, Ph.D., BRIT resident researcher.

Keller and a fellow biologist K.C. Rudy found it growing abundantly in the early 1990s along the Trinity River at River Legacy Park in Arlington, Texas. Since then, Keller and others have spotted the fungus throughout North Texas. 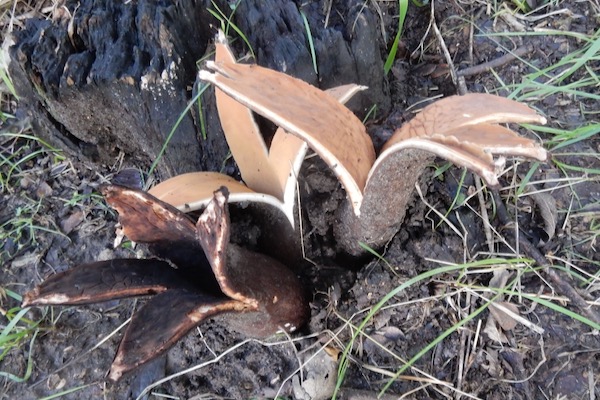 Chorioactis geaster has been found in throughout North Texas. Courtesy of BRIT.

“I first spotted it at the Fort Worth Botanic Garden, then started looking for it around decaying cedar elms and saw it at a few other places,” O’Kennon said. “What’s really interesting about this species is not only the cigar-like shape, but when it opens up, there is an audible hissing sound when it forcibly releases its spores.”

He added that it’s likely only a few hundred people have seen this rare mushroom.

In HCR 61, Rep. Ben Leman described the starlike shape of Chorioactis geaster as “custom designed for the Lone Star landscape” and “a poignant reminder of the natural diversity that surrounds us, the Texas Star mushroom is as uncommon and striking as the state that serves as its home.”

Kieschnick added the mushroom's moment in the spotlight is a win-win for both nature and nature lovers.

"With this state fungus recognition, perhaps it will get some recognition itself. In every little green/open spot in DFW, nature seeks a refuge, and it’s a refuge for those of us that seek out nature.”