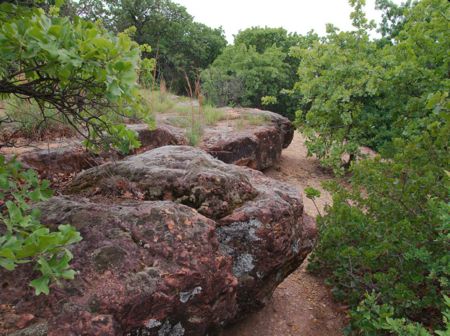 The view from atop what was once called 'Kennedale Mountain' at the newly opened Southwest Nature Preserve in Arlington. All photos courtesy of the Arlington Parks and Recreation Department

Amidst Arlington's urban sprawl south of I-20, a remnant of the landscape North Texas pioneers found remains. Some local nature-enthusiasts got their first glimpse of the property when the grand opening of the Southwest Nature Preserve was held Saturday, Oct. 19. 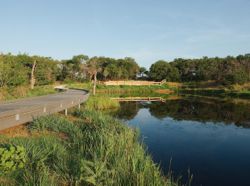 The 58-acre natural area is the fourth and largest Arlington park to be kept as a wildscape. Others include the O.S. Gray Natural Area, the Blackland Prairie Park and Crystal Canyon Natural Area.

The site has been a long-term project for planners. The $2.7-million property had been slated to become a residential housing development when it came to the attention of the city in 2004. It partnered with The Trust for Public Land, which purchased the property in 2005 and held it until the city could arrange funding. 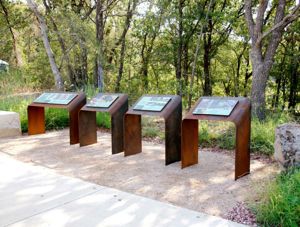 According to Kurt Beilharz, the Arlington Parks and Recreation project manager who oversaw the planning of the Southwest Nature Preserve, nearly $900,000 was spent on cleanup and amendments, including adding a boardwalk leading to the pond, a small amphitheater for educational programs, lighted parking and picnic areas. Former roadways have been turned into 1.5 miles of trails.

“It’s small but it’s a beautiful piece of property,” said Beilharz. “It’s a place to go for a walk and get away from traffic.”

The site include four ponds, wooded areas and a sandstone bluff, known as Kennedale Mountain. The property, a remnant of the Eastern Cross Timbers habitat, features as many as 300 native plant species, including the rare Glen Rose yucca and the farkleberry tree. An array of mammals and birds are believed to live on the preserve, including herons, foxes and coyotes. 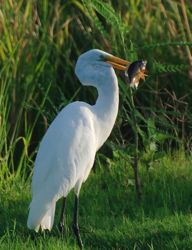 Jan Miller, a member of the Friends of the Southwest Nature Preserve, said she remembers the first time she visited when it was still in the planning stages.

“I was just amazed that there was this place in Arlington with all these post oaks, great topography and evidence of so much wildlife.”

The group has helped remove some invasive plants and plans to be a regular watchful presence at the park.

“It’s tough to balance its role as both a public venue and a preserve,” she said. “I’m hoping visitors will obey user rules so people can enjoy it as a representative of Cross Timbers for years to come.”

The Southwest Nature Preserve is located at 5201 Bowman Springs Road in Arlington. Hours are 5 a.m. to 10 p.m. More info on Arlington parks.