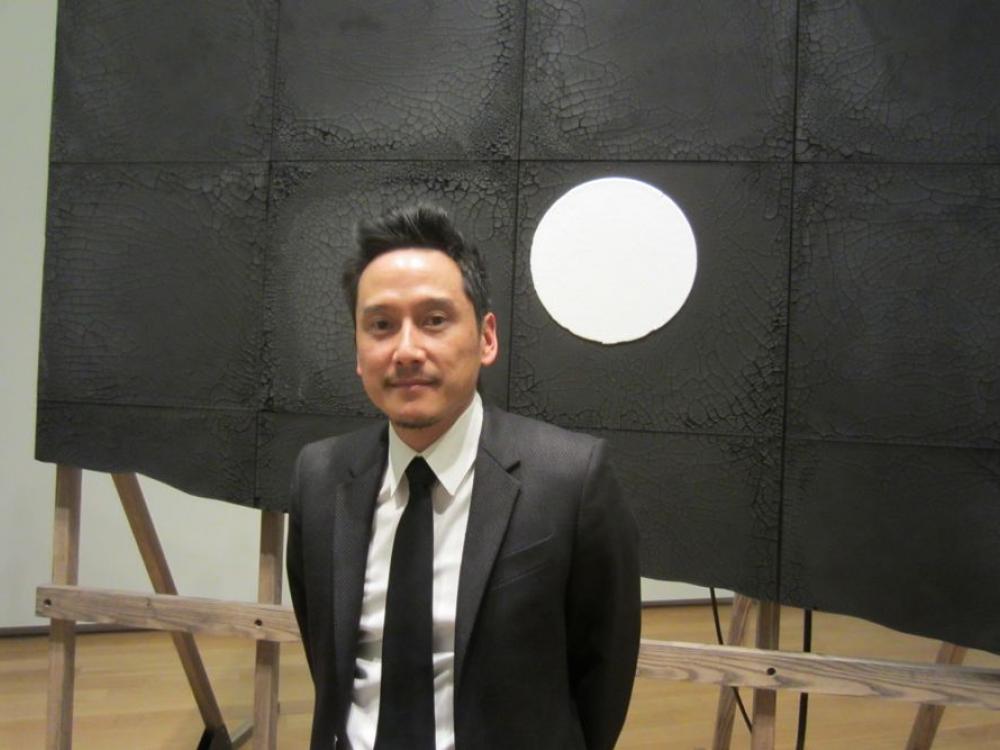 There’s an icy moon hanging in the Modern Art Museum of Fort Worth, thanks to a North Texas solar engineer. 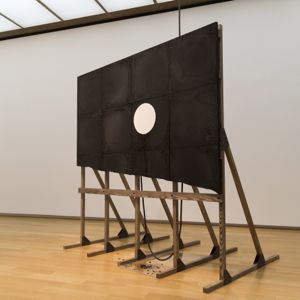 The solar-powered sculpture Tears of maria was installed at the end of January for an exhibit now on display by California-based artist Glenn Kaino.

The piece features a moon made from a metal disk mounted on a charcoal colored sky. By day, using a thermoelectric cooling system, the moon forms an icy layer of frozen condensation. Because six solar panels power the piece, by night and on cloudy days, the ice melts. 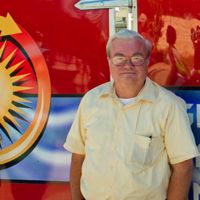 North Richland Hills based solar engineer Dan Lepinski, known for his solar shuttle that powers local events, was contacted by Kaino before the exhibit for help installing the project. In two days, Lepinski assembled a solar system for the piece with assistance from Mike Renner of Weatherford, who designed and built the mounting racks.

Dan Lepinski of North Richland Hills in front of his solar shuttle. Photo by Karl Thibodeaux.

“The artist is using two very large junctions on the back side of the metal disk. They require 24 volts and consume about 17 amps each,” said Lepinski. ”We couldn't have put it all together without Mike's metalworking skills. Racking is back-ordered nationwide for up to 8 weeks due to unprecedented demand."

Lepinski said installing it on the roof of the Modern was a bit treacherous, requiring Lepinski and museum staff to climb up and down a portion of the building to reach a far corner of the roof.

Unfortunately the solar panels can’t be seen by visitors. However, observant viewers may spot a cord going up to the ceiling. 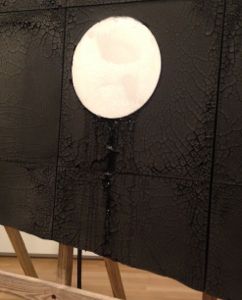 According to assistant curator Alison Hearst, Kaino was playing with the relationship between the moon and the sun.

“Poetically he thought it would be great for it to be a portrait of the moon by the sun,” she said. “In the evening, the moon is ‘crying’ for the return of the sun.”

The moon melting around 5:30 p.m. on a recent visit. Photo by Julie Thibodeaux.

Hearst, who speculates that this is first solar-powered artwork in North Texas, said Kaino has an eclectic background. He studied magic, sculpting along with software design and engineering. Tears of maria was inspired by the famous Earthrise photo taken by Apollo 8 astronauts.

“The whole focus of the show is on space and space travel.”

The exhibit runs through April 17.