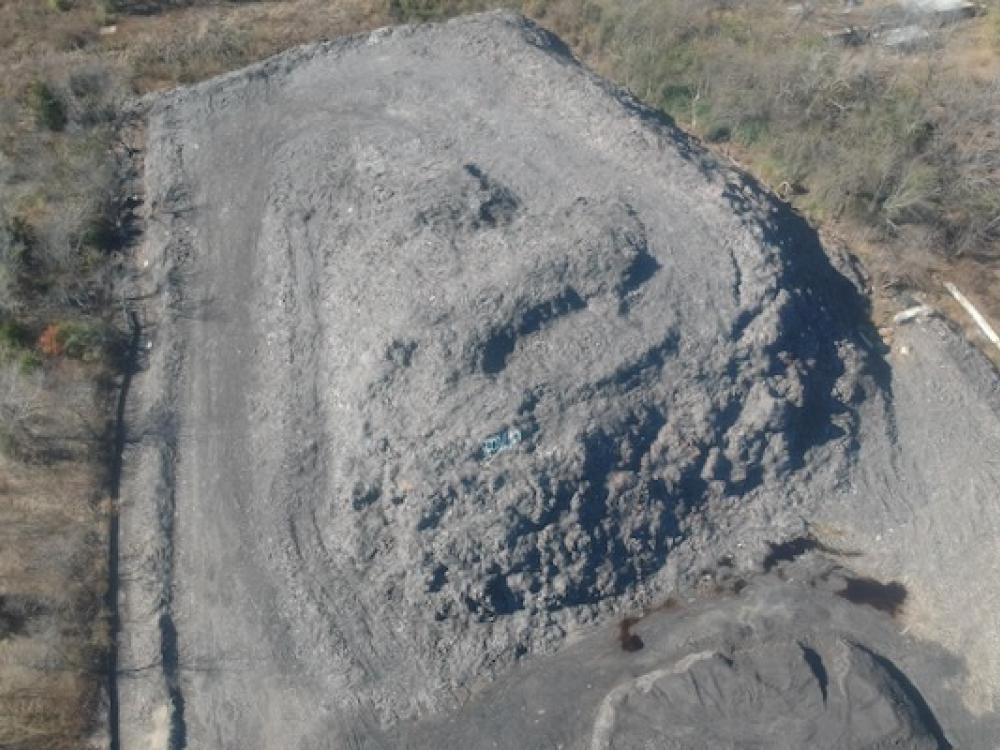 The remediation of the former Blue Star Recycling Site in southern Dallas began in mid-December. Photo courtesy of city of Dallas.

Shingle Mountain is moving down the road.

The 100,000-plus ton pile of asphalt shingles at 9505 and 9527 S. Central Expressway in Dallas was amassed by Blue Star Recycling.

Over the last three years, the toxic heap has drawn local and national media attention.

The company claimed to be grinding the asphalt to be used for paving and asphalt road-mix products. However, thousands of tons more shingles were dumped onto the property, than were ever shippped out, making it a defacto industrial dump and rendering it an illegal operation.

Meanwhile, the fumes impacted the health of residents next door, including Marsha Jackson, who say they have suffered from respiratory, dermatological and neurological health issues, along with mental stress.

Jackson has spent the last three years fighting to get the massive pile removed with help from local activists and the news media.

Now, the end of Shingle Mountain appears to be in sight. 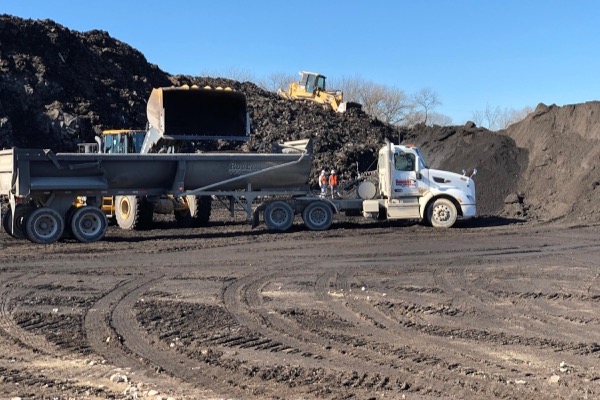 Mid-December, a contractor, hired by the city of Dallas, started hauling shingles to nearby McCommas Bluff landfill, per a final court judgement.

“This process will incorporate mitigation efforts to minimize the impact on the neighboring community,” according to the city of Dallas website tracking the progress of the remediation project.

The city estimates the shingles should be gone by April. A final environmental assessment is expected to be completed in May.

Although the pile was estimated to be 100,000 tons, according to a project dashboard, so far more than 109,000 tons, have already been hauled away, only a month into the project. That’s more than 6,000 truck loads.

“The question now is how much more over 100,000 tons was dumped in Marsha Jackson's backyard?” queried Southern Sector Rising, a Dallas coalition formed in 2019 to call attention to racist zoning, in a Facebook post.

Jackson said she’s glad to see the removal in progress.

“But I’m also hoping they clean the grounds of any environmental pollutants once the removal is complete.”

Marsha Jackson gives a tour of Shingle Mountain in this 2019 video by Southern Sector Rising, courtesy of Downwinders at Risk.