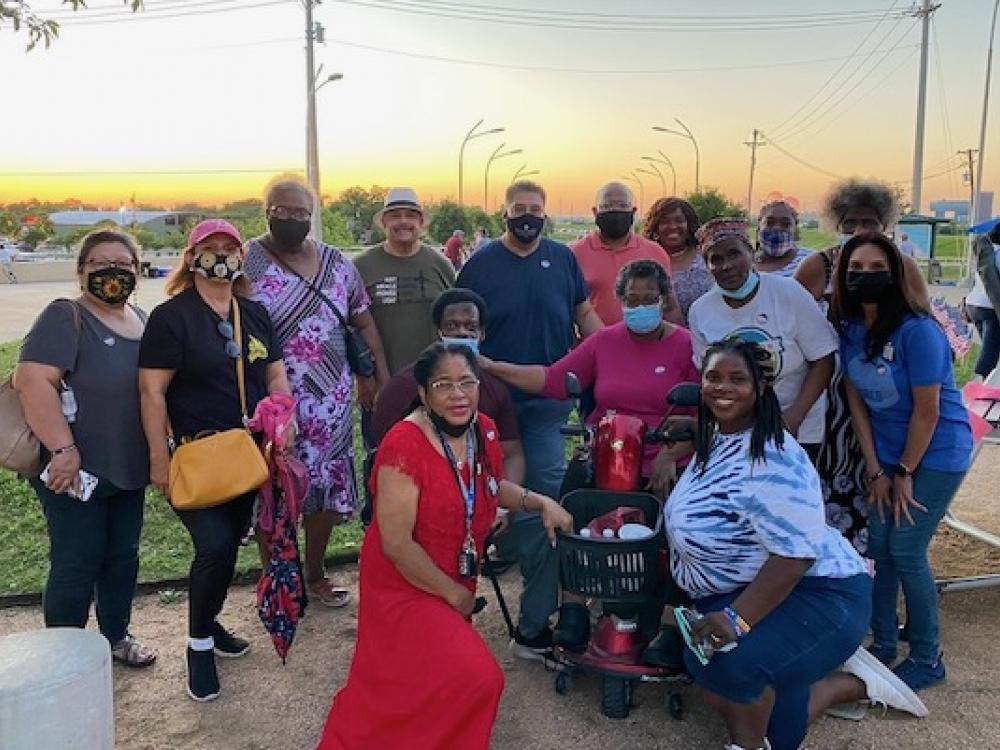 A coalition of North Texas environmental and community advocates alleges that an asphalt shingle manufacturing facility is operating illegally in West Dallas, and now they’re asking the public's help to shut it down.

The group, composed of West Dallas1, Legal Aid of Northwest Texas and the Dallas Sierra Club, says GAF Materials at 2600 Singleton Boulevard in Dallas is the largest source of sulfur dioxide in Dallas, emitting more than 260 tons of air pollution every year and jeopardizing the health of the residents who live in the area.

“They've operated in West Dallas for more than 40 years,” says Kathryn Bazan, vice chair of the Conservation-Eco Action Committee of the Dallas Sierra Club. “They're also located directly adjacent to single-family, residential homes, a daycare, a church, the Dallas West Branch Library and the West Dallas Multipurpose Center. They are also about 400 feet from the low income housing that's managed by the Dallas Housing Authority, and they are 700 feet from the Thomas Edison Middle School.”

GAF, aka Building Materials Investment Corporation, bills itself as the largest roofing manufacturer in North America.

Bazan says much of the air pollution from the Dallas facility is in the form of particulate matter, specifically what’s known as PM 2.5 and PM 10. The name refers to the size of some of the smallest particles of airborne emissions that have been found to reach deep within the lungs when inhaled. They penetrate delicate tissue and possibly even enter the bloodstream, causing an array of health conditions from asthma and lung disease to cardiac problems and early death.

Sulfur dioxide is the gaseous waste product that forms from manufacturing processes that involve petroleum-based materials. It damages lung tissue when it’s inhaled. In the environment, sulfur dioxide is responsible for so-called acid rain and can harm plants and aquatic animals."

Bazan says that those who oppose the permit want to see the company implement best-available air scrubbing technology that would allow the plant to continue to operate without dumping its waste materials into the air that the surrounding community has to breathe.

Bazan says that those who oppose the permit want to see the company implement best-available air scrubbing technology that would allow the plant to continue to operate without dumping its waste materials into the air that the surrounding community has to breathe.

Moreover, she says the city of Dallas and the TCEQ have an obligation to step in and protect the people who live in West Dallas. She said the region has historically been the site of public policy and government decisions that show a wanton disregard for people of color and people who’ve lacked the financial resources to oppose activities that place their health and well-being in danger.

“It's the TCEQ’s responsibility to enforce the EPA environmental justice mandate. So if there is an undue burden essentially on a particular community, especially communities of color, then those need to be addressed in the TCEQ's permitting of the GAF facility,” Bazan says. “There are some other issues that are kind of at play here, including the fact that it was recently determined in a community-initiated investigation that GAF lacks municipal zoning and has been illegally operating without a specific use permit for decades.”

A former TCEQ employee herself, Bazan says she expects the commission to grant the permit unless enough public comment exposes deficiencies in the permit that warrant further investigation.

An opportunity for local residents to express their concerns takes place at 7 p.m. on Thursday, July 29, when the TCEQ will hold a public comment hearing online. The webcast meeting may be joined by entering webinar I.D. 192-616-739. Participants need to join the webinar and register for the hearing at least 15 minutes before the hearing begins. Participants will be given the option to use their computer audio or to use a phone for participating in the webinar.

Those without internet access may call 512-239-1201 at least one day prior to the hearing for assistance in accessing the hearing and participating telephonically.

Anyone may also submit written comments before the hearing to the Texas Commission on Environmental Quality, Office of Chief Clerk, MC-105, P. O. Box 13087, Austin, Texas 78711-3087, or electronically. Written comments should include the commenter’s name, address, and daytime telephone number and refer to draft permit number 2771.

Bazan says community advocates intend to keep pressure on the company regardless of the commission’s ruling until the people who live nearby are given the regard they deserve.

“I hope that GAF realizes that industrial and residential adjacency are not compatible. They've got ten locations, $3 billion in annual revenue. They're a big enough company that they can relocate to someplace where they can be a good neighbor and not pollute the community,” she says.

For Bazan, the issue is a matter of all people deserving fair consideration and no one being forced to give up their quality of life for lack of political or economic power.

“This would not fly in another community," she says. "But I think that in communities of color, these industrial operators tend to find a path of least resistance, at least until the community can come together to understand that this is not the norm in other parts of the city and that they shouldn't expect less for their neighborhoods. And so we really need to enforce accountability at the city level to make sure that we're not asking residents in West Dallas or South Dallas to live next to something that we would not ask a North Dallas resident to live next to.”

"We really need to enforce accountability at the city level to make sure that we're not asking residents in West Dallas or South Dallas to live next to something that we would not ask a North Dallas resident to live next to.”

Public Hearing: TCEQ is holding a public comment hearing July 29 at 7 p.m. Sign up to speak or join the meeting. Enter the Meeting ID: 192-616-739. Register at least 15 minutes ahead of the meeting.