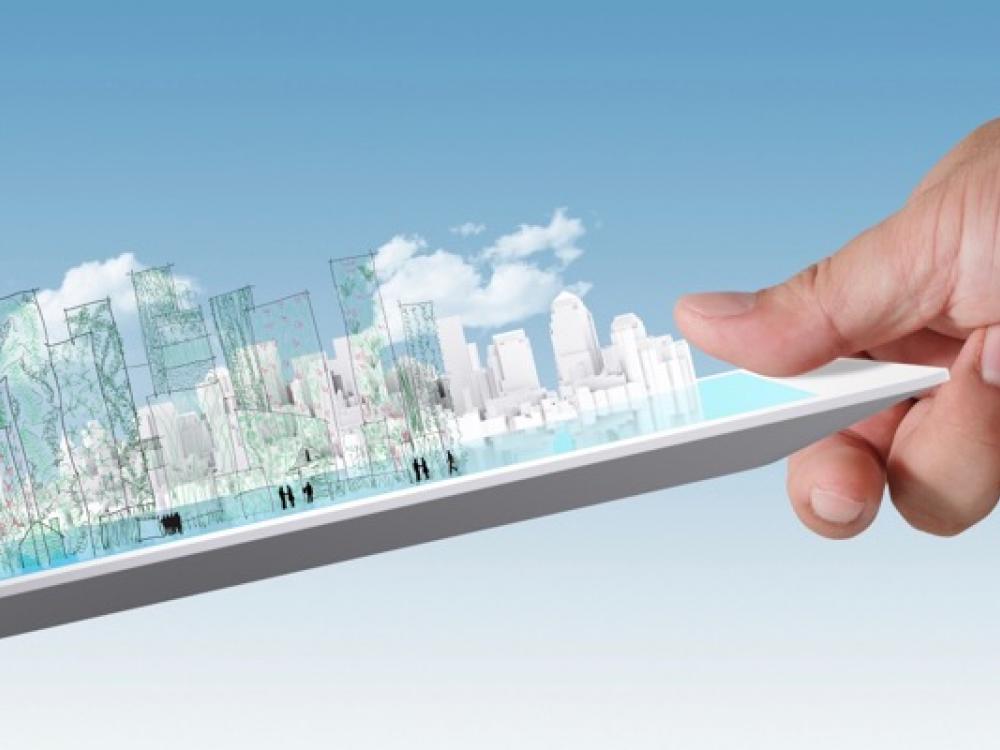 This is the city’s roadmap to recreate Dallas as one of 100 Resilient Cities globally, selected by the Rockefeller Foundation and awarded funding and technical assistance from the Rockefeller Foundation valued at more than $100 million. Resilient Dallas is led by Theresa O’Donnell, city planner and the city’s Chief Resilience Officer, and culminates from a three-year effort.

The plan forms a framework of goals, actions and partnerships to make Dallas resistant “to the physical, social and economic challenges that are a growing part of the 21st century...from chronic problems to acute shocks,” as the 100 Resilient Cities website explains.

The “problems and shocks” that came to the mind of local environmentalists at the briefing included unprecedented heat, extreme storms and flooding exacerbated by climate change, as well as unhealthy air. So did “climate resilience,” the capacity to withstand impacts of climate disruption. Some are addressed in “Resilient Dallas,” the plan’s 65-page blueprint, but the subtitle “Dallas’ Path to Shared Prosperity” reveals the main thrust of its seven goals. Here’s brief comment on the effort’s prosperity and equity goals and on environmental ones of special interest to GreenSource readers.

“We’re a city of haves and have-nots,” led off Regina Montoya, chair of Resilient Dallas’ community advisory committee and the Mayor’s poverty task force. “One of the worst childhood poverty figures for any city in the U.S., more than 115,000 children living in poverty …The lowest median income for any large city in Texas…poor families toiling often without benefits and without the living wage they need to lift themselves out of poverty. This strategy creates a framework for the city to chart a pathway to success for its most impoverished and marginalized residents.”

O’Donnell declined interview requests for this article, but speaking on 100RC at a February 2015 urban planning conference in Arlington, she said, “You see the hardest-hit communities are poor… Hurricane Katrina in New Orleans…Ebola virus in the Five Points area in Dallas. People who don’t have the means to get out, take a day off, get legal aid, the tools to survive, they take the brunt…We need to look at how we equip our most vulnerable in our population.” 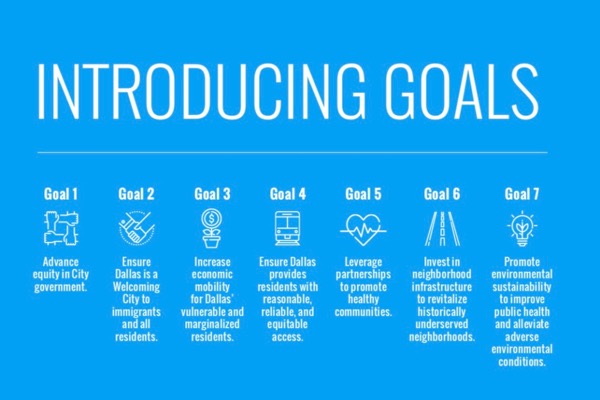 At City Hall, O’Donnell cued striking graphics that overlaid maps of population ethnicity and income, showing that racial segregation is persistent and correlates with low income. She laid out the seven major goals of Resilient Dallas:

One, advance equity in City government through hiring practices and by incorporating equity into planning; two, ensure Dallas is a welcoming city to immigrants and all residents; three, economic equity, mostly through workforce readiness efforts and financial education.

Regarding the environmental arena,

“There’s great work being done by nonprofits and environmental organizations in this city,” said O’Donnell.

Leveraging those efforts, four initiatives are already underway as part of Resilient Dallas.

Breathe Easy Dallas launches in nine area elementary schools in September. The Nature Conservancy and Dallas ISD are collaborating on this air quality study to assess the impact of poor air quality on childhood asthma and asthma-related absenteeism from school.

“Air-monitoring results will be available to students, families and the public in real time via the city’s SmartCity platform, once the system is tested and secure,” said James McGuire, managing director of the Office of Environmental Quality, in a later interview.

To reduce flooding, a comprehensive map to be based on existing flooding and drainage analyses across Dallas will identify gaps and “nature-based” solutions in a partnership of The Nature Conservancy, The Trust for Public Land and Texas A&M AgriLife Research. High-tech design of runoff-collecting rain gardens and swales has been an AgriLife Research focus for more than a decade.

As for the unprecedented heat, extreme storms and flooding and unhealthy air that affect the entire city, OEQ is charged with an expanded mission for its fifth inventory of greenhouse gas emissions, the driver of climate change that’s worsening those hazards.

“The GHG inventory is 95 percent complete,” said McGuire in a later interview.

Before year-end is OEQ’s target time to present the GHG data and possible mitigation strategies for review by a City Council committee, likely Quality of Life, said McGuire.

“The Office of Environmental Quality is conducting this emissions inventory and measuring our progress to date. And then it will say, as a question of our policymakers, city council, where do we go from here? That ‘where do we go’ will be informed by some example strategies.”

He declined to name specific examples of possible emission-cutting strategies.

“Dallas Sierra Club supports a standalone climate plan,” Molly Rooke of Sierra had announced, speaking at the briefing. “When Dallas completes the GHG inventory, we’d like to see strong goals and quantifiable measures.”

Rita Beving of Public Citizen, the national consumer advocacy nonprofit, congratulated Dallas Mayor Rawlings for having signed the U.S. Conference of Mayors climate agreement in spring of 2017, responding to President Trump’s announcement he would withdraw the U.S. from the Paris climate agreement.

However, an analysis of U.S. cities who followed up their climate commitment with a climate action plan wasn’t favorable to Dallas, she said. Seventy-five U.S. cities were studied by the Mayors National Climate Action Agenda, an association of U.S. mayors with the stated goal of reducing greenhouse gas emissions. Sixty had climate action plans.

“Dallas is 57, third from the bottom. Austin is second in the nation, Houston is number 40,” reported Beving.

”Greenhouse gases like CO2 and methane trigger ozone, which is linked to asthma,” she pointed out in a later interview. “They kick up volatile organic compounds, nitrous oxide and particulates,” air toxins related to respiratory, cardiac and other diseases. “In this city, where cars and trucks are the largest contributor to air pollution, all those pollutants are emitted. Reducing greenhouse gases usually reduces much other pollution.”

McGuire noted that the MNCAA analysis dates to 2016.

“Various people have talked to us,” said McGuire. “Public Citizen and Sierra Club came to us, an organic thing out of their own priorities… We want to involve as many environmental conservation or ‘green’ groups as possible.”

“We’ve had Dr. Lary [U.T. Dallas] in a number of times to give presentations and to share information with us and vice versa, and we had a number of sit-downs with Jim Schermbeck [director of Downwinders at Risk]. We discussed having pilot projects…with the city as a partner.”

“A number of interested folks stepped forward after our North Texas Climate Change Symposium in January. I think it really energized folks…to know that there are people who care for the same things that they do at City Hall. It's been an organic effort of people coming to us and saying here's how we want to engage you.”