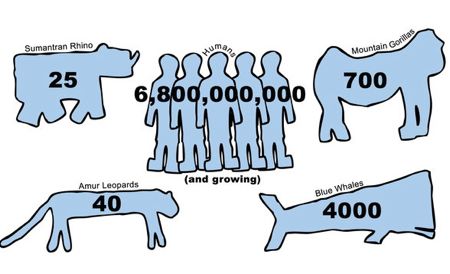 This week, World Population Day turns 25 on July 11. And while the world’s population grows by the second – as demonstrated by the Worldometers website – many environmentalists agree that population and environmental issues are closely intertwined. 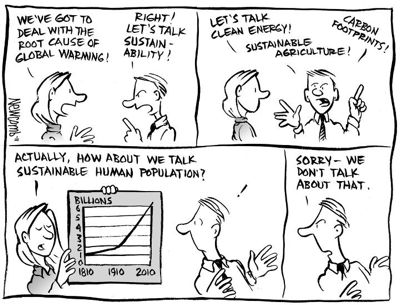 Population Media Center, an organization whose Texas headquarters is located in Fort Worth, wants more people to understand that population levels and resources are interconnected.

Right, a cartoon by Tim Newcomb that appeared in Seven Days, a local newspaper in Burlington, Vermont.

“Humanity, as a whole, is making demands that far outstrip the planet’s ability to supply those demands,” said Keith Annis, executive director of Population Media Center, Texas. “While it is very true that different populations of humans make demands at vastly different levels, the current rates of human population growth and resource consumption are unsustainable.”

While the international nonprofit, founded in 1998, has impacted more than 50 countries, many people don’t realize, PMC launched outreach efforts in DFW in 2012. 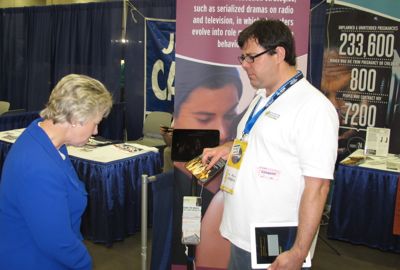 Annis says the Texas Chapter formed when two North Texans who shared concerns about the world’s population came together.

Establishing a strong and vibrant grassroots movement related to the population issue is one of the core missions of the Texas Chapter.

“We are actively engaging in conversations with our neighbors in North Texas through participation at Earth Day events, attendance at meetings of local clubs and groups and speaking engagements,” Annis says.

Annis says the North Texas chapter of PMC is building a grassroots organization within Texas to help lower the 233,600 unplanned and unintended pregnancies around the world that happen every 24 hours. 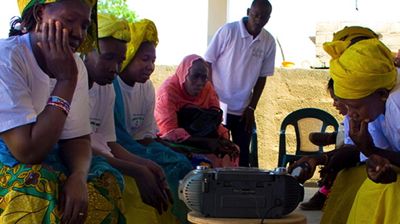 Internationally, the center has become known for its experimental approach called the Sabido method, which broadcasts soap operas to reach people on issues of reproductive health and human rights.

Above, A group gathers around a radio to listen to PMC programming in the Kaolack Region of Senegal.

“Often exposure to more information, such as the value of spacing your children to allow the mother to completely recover or understanding the economic implications of children and focusing on having children that you can afford to feed and educate, results in decisions for smaller, healthier and more prosperous families.”

Below, Rwanda's endangered mountain gorillas were featured in a PMC broadcast. 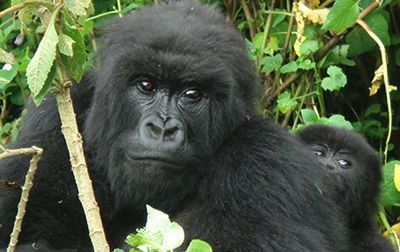 In addition, the broadcasts have directly addressed environmental stewardship. In Rwanda, PMC’s 312-episode radio serial drama portrayed the reduction in habitat for Rwanda’s famous gorillas, while addressing the ecological and financial importance of these incredible creatures for Rwanda’s future.

At the end of the broadcast, a follow-up survey reported that respondents were 3.4 times more likely to know that protection of gorillas and their habitat can reduce poverty and help bring tourists.

Annis sums up the most important points to remember in regard to world population control and environmental conservation. 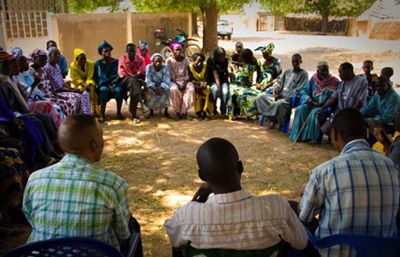 “The first point is that it is not about control,” he says. “Coercive and inhumane methods for addressing the challenges we face are not effective and are immoral. PMC provides information, corrects misinformation and empowers people to make their own decisions.”

Above, Focus group in Senegal discussing their reactions to a PMC soap opera.

He also cites universal gender equality being of ongoing importance.

However, he adds that regardless of how much humans conserve, the sheer number of humans making demands on the system is unsustainable.

“The most often quoted projection of future population, 11 billion people by 2100, is only the middle variant,” Annis adds.

Annis says that number assumes that current fertility rates in many high fertility rate countries will continue to decline. If current rates of fertility continue as is, the projected population will be 27 billion in 2100.

“In short, the already very problematic projection for 11 billion people is very optimistic. This is an astounding increase in population that cannot be
sustained. Less than 90 short years ago, the world’s population was 2 billion so 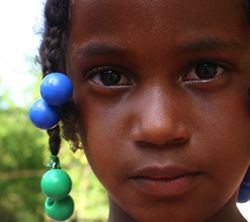 our focus is on ensuring universal access to reproductive justice and healthcare.”

Overall, it is through knowledge that humans will learn about population control and respecting the Earth by first developing a healthy respect for one another, he said

“Good environmental stewardship has been shown to develop in all societies where women and girls have those rights,” Annis says.