Plastic Bag Bans in the US and North Texas 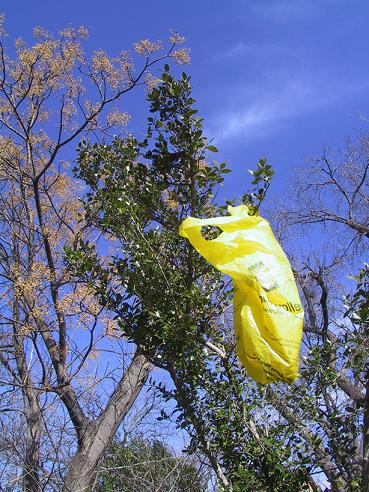 When the first plastic bag ban was enacted in Texas, it wasn’t Austin who led the charge. It was Brownsville.

The south Texas city’s ban on the thin polyethylene bags went into effect in January last year. Since then, South Padre Island and Fort Stockton have followed. Next month, Austin is expected to vote on a ban that would eliminate all single-use bags, both paper and plastic.

Plastic bag bans seem to be catching on all over the globe. In 2009, the United Nations Environment Program called for a worldwide ban on the thin single-use plastic bags, which are often found hanging in trees, floating in streams and accumulating in the ocean.

The United Nations Environment Program (UNEP) cited their hazard to marine wildlife, who mistake the bags for food or get tangled in them.

Italy, France, China, Bangladesh, Somalia and Mexico City have all banned the bags. In the U.S., San Francisco was the first city to ban them in 2007, almost 30 years after they became widely used in major grocery store chains. This year, the Bay Area ban was extended to include other retailers. Dozens of other communities across the country have enacted bans, including Seattle, Portland, Los Angeles County, Aspen and Westport, Conn. Hawaii is considering a ban on plastic bags for the whole state.

In light of all this momentum, some wonder about the chances that North Texas cities will follow the same path as these communities. Dallas has considered a plastic bag ban but continues to monitor what other communities are doing, according to Frank Librio, spokesperson for the city of Dallas. Arlington and Fort Worth have also looked into the issue but have set it aside without taking action. In Coppell, students from Coppell High School’s ECoppell club proposed a ban before the city council last year. However, Green Source DFW found no plans to ban plastic bags in any Metroplex cities.

Debbie Branch, commercial recycling coordinator for the city of Fort Worth, admits the bags can be a problem. In addition to cluttering the landscape, the bags get caught in recycling sorters and waste water treatment plants.

“They cause all kinds of problems when they’re not treated properly,” Branch said.
In the meantime, cities try to educate residents about proper recycling and promote using reusable bags. While recycling bins for plastic bags are available at many major grocery stores, according to the Environmental Protection Agency, only about 12 percent of plastics categorized as bags, sacks and wraps were recycled in 2010.
The bags do not biodegrade but break down into microscopic pieces, over the course of hundreds of years scientists speculate.

Robin Schneider, executive director for Texas Campaign for the Environment, which has lobbied for the single-use bag ban in Austin, says eliminating plastic bags is a necessary step for the city to reach its zero-waste goal by 2030.

The bags are present in parks, on roadways and in oceans, where sea turtles appear to mistake them for jelly fish and eat them. While critics of bag bans point out their usefulness and cheapness, others say the bags are messing with Texas' natural beauty.

“I’ve had bags hanging in a tree outside my office for months at a time,” Schneider said.