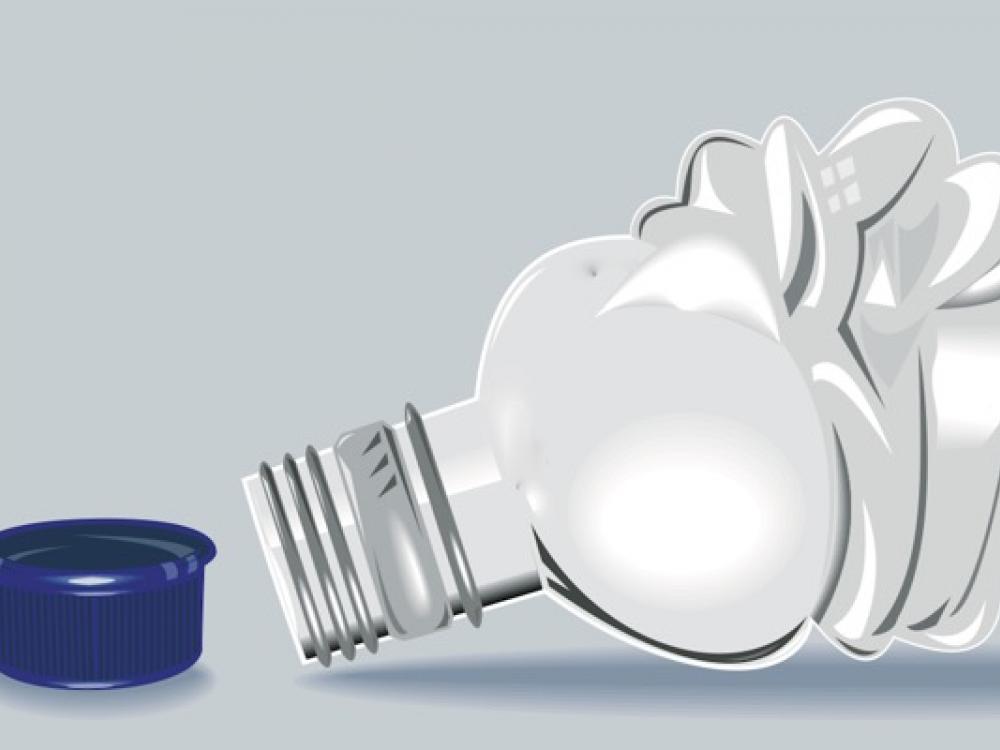 Woodrow Wilson High School sophomore Akul Goel says a mud-born bacteria may be the answer to a surplus of plastic waste. Image courtesy of Storyblock.

Hiking along the tracks of the Trinity River, you're no longer in the hustle and bustle of a city. Instead, you're whisked away to a natural sanctuary, where you’re humbled by towering trees, calmed by the soft flow of the river, filled with the music of songbirds and blanketed by a faint breeze. However, travel further and you will see sure-fire signs of the human touch. Sections of our river are choked by water bottles, chip bags and grocery bags.

According to a recent study in Science Advances, the world has produced a total of 8.3 billion tons of plastic. About 6.3 billion tons has already turned into plastic waste. [About 9 percent of that was recycled, 12 percent was incinerated.] That is the same weight of 3 billion cars, or 2 billion elephants! And the largest purchaser of this plastic is currently not accepting it anymore. After the China ban, we may have a new 111 million ton plastic problem by 2030, according to another study by the University of Georgia.

The current myriad production of plastic is choking wildlife, polluting waterways and pushing the environment to the brink of instability. It’s a self-created pandemic that scientists are eager to cure. And they have come up with some viable options, ranging from biodegradable plastic to large industrial floating nets to clean up waterways. However, what if I told you that there is a newly discovered solution so small humans cannot see it with their naked eye?

In contrast with large nets, a microorganism could be a solution. A team of Japanese researchers stumbled upon a species of bacteria which produces enzymes to breakdown polyethylene (PET); one of the most common forms of plastic. It conceals itself amongst piles of plastic bottles and in benthic mud on banks of rivers. Benthic mud is the fine line where the surface of water touches the solid ground. Many microorganisms thrive in this small portion of the river. The Trinity River is a long river, so it has large amounts of benthic mud and plastic, making it a potentially rich reserve of these bacteria. The bacteria have been given the name Ideonella sakaiensis 201-F6, which only savvy ecologists would understand. Put in simplistic terms, this bacteria has been put under the recently created category of Geobacter; a group of bacteria with extraordinary applications.

These same Japanese researchers had to put their discovery to the test. So, they conducted a study to determine the hydrolysis (breaking down) time of PET plastics with these extraordinary bacteria. To their dismay, it took close to six weeks to break down an entire water bottle. After these results, one may think that this isn’t viable option. However, don’t give up hope. Science has revolutionized the size of animals, making them bigger, and resilient to disease. Who knows, with some growth hormones to beef up these tiny guys, they might be ready to knock out plastic water bottles like Muhammed Ali.

Also, there is an added bonus to these bacteria; when breaking down molecules, they produce electricity, putting them in the vanguard of discoveries of the power of bacteria. Solutions like biodegradable plastic are novel discoveries. Activism to recycle more plastic, and use less plastic are necessary. But those are for the future, not cleaning up the mess we have already made. These bacteria may be the cure for our planet. What do you think?

Green Source DFW invites readers to submit their opinion columns for publication. Columns should be no longer than 800 words. Email [email protected]. Use the subject line "Community Column."

Akul Goel is a sophomore at Woodrow Wilson High School’s International Baccalaureate program in Dallas. He has an interest in protecting and caring for the environment and regularly researches and tries to innovate ways to do so. His favorite subject is science, specifically environmental science and medicine, so he constantly reads scientific texts and news to enhance his knowledge of our ever-changing world. In addition to research, he loves to debate, write scientific articles and editorials. Contact him at [email protected]