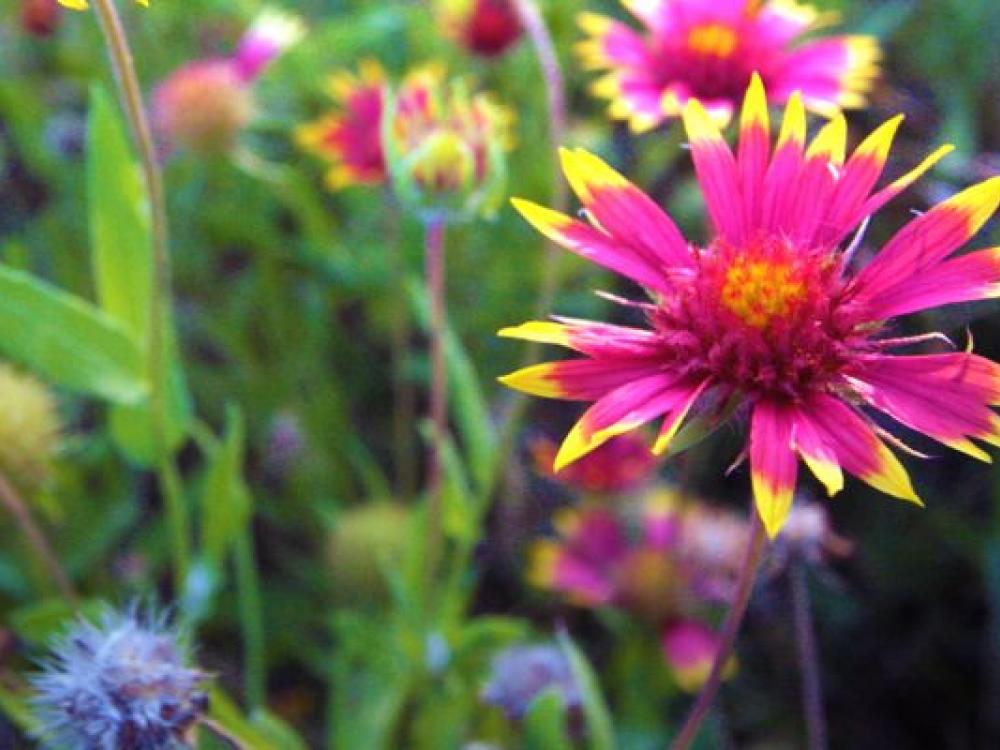 According to Marcie Haley, Twelve Hills Nature Center is a welcome anomaly in this part of town.

“In Oak Cliff, every piece of open land is being developed and yet here we are,” said Haley. “Twelve Hills is going to become more important as less and less open space is available.”

Haley is the director of the nonprofit that oversees the five-acre oasis on Mary Cliff Road, south of I-30 near Stevens Park Golf Course in Dallas.

Wedged between St. Cecilia's Catholic School, the Kessler Woods development and drainage to Combs Creek, Twelve Hills unfurls down a bumpy slope from a beautiful entryway of sandstone and native plants. The edges are thick with oak and cedar elms. The songbirds they host are vocal this summer morning, trilling and chirping and flying between the trees as Haley and I amble the walking trail around the preserve’s edges. 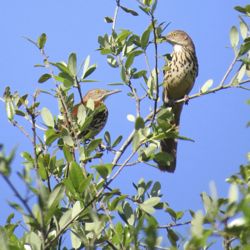 The focus of Twelve Hills is on birds and Master Birder volunteer Shannon Love has identified 51 species. The occasional rabbit has been sighted, along with lizards and small snakes, toads and frogs. The entrance garden plants are designed to attract butterfly species in all stages of development, with stone benches and walls providing a pleasant place to sit and observe the aerial beauty.

“The animal life is coming along,” said Haley, though she noted that the lack of a water feature is a drawback to attracting regular residents.

Native shrubs try to flourish in the understory but struggle through the invading privet. Small copses of trees and brush dot the central open space whose grasses and wildflowers show hints of its prairie origins.

“Jim Varnum, a very helpful person to me and the nature center in general, has been involved since the beginning,” said Haley. “He keeps the plant list and is up to 210 species.” 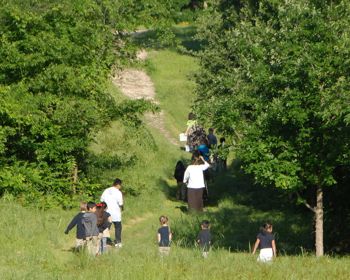 The land where Twelve Hills resides was once an apartment complex of 12 buildings tucked amid 20 acres of trees. Built in 1950, after a few decades it trudged toward decrepit. The middle-class community that had grown to surround it demanded its demise, even though they loved the trees, and bulldozers took the buildings down. It remained as ersatz open space until 2000 when pressure for action reached a peak.

“Developers wanted it, St. Cecilia wanted it, and a group of neighbors arose that wanted to make the whole 20 acres into a nature center,” said Haley. “The school got its chunk and a developer, who had developed Kessler Woods, got the rest.”

But the open-space loving neighbors persisted and convinced the developer to sell them five acres back at a reduced price.

“Jennifer Touchet did an excellent job,” said Haley. “She raised awareness about the importance of a nature center to the neighborhood, and organized and led the effort to create Twelve Hills — from talking with city councilmen, circulating a petition, and obtaining nonprofit status.”

Twelve Hills incorporated as a nonprofit in 2005 and set up deed restrictions so the land could not be developed. Then began the long hard work of returning the neglected enclave to nature.

Few sayings are more harmful to habitat preservation that to “let nature take its course.” Once an ecosystem has been disturbed, whether farming, roads or urban development, the forces that kept it in balance are forever sundered.

Invasive foreign landscape plants like privet and nandina take over, killing the trees they find shelter beneath and creating monocultures. Local species do not relish the berries so they don’t support wildlife. Even opportunistic native trees like cedar elm will overgrow an area with brush and trumpet vines will crowd out native grasses and wildflowers. 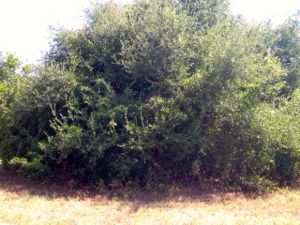 It’s up to Twelve Hills volunteers to shape the land’s progress and maintain balance, from pruning and removing unwanted species, to seeding and planting desired ones. The lack of water for all but the front sections hinders their success as most plants require a year or two of supplemental watering to become established.

“I have a number of really dedicated volunteers out here,” said Haley. “John Wilt puts in a few days a week. He’s working the on the poison ivy. It was pretty much everywhere.”

This year’s plans include liberating from privet a large live oak called the Founders’ Tree. Also on the agenda is improving the appearance and diversity of grasses and wildflowers in the small pocket prairie that fronts the street, which already boasts a good spread of sideoats grama. Recently volunteers from North Texas Master Naturalists transplanted to Twelve Hills native blackland prairie grasses and forbs from a parcel being destroyed for development. Less than 2 percent of the blackland prairie ecosystem remains.

Twelve Hills is within walking distance of over 1,500 students ages 4 to 14, including adjacent St. Cecilia Catholic School and nearby Rosemont Elementary School of DISD, plus around 2,000 high school students. It serves as an outdoor classroom for the schools. In the Nature Leaders afterschool program at Rosemont the focus is on 5th graders taught by their teachers and master naturalist volunteers. 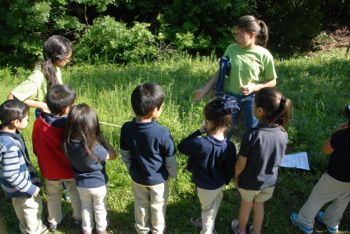 “It’s a 12-week program on the blackland prairie ecosystem,” said Haley. “We look at plants, animals and their relationships and their role in the prairie. As it nears the end of April, we shift to wildflowers. They also test the water and learn about water quality and watersheds, and learn a little bit about geology. We teach the students to lead nature walks. They develop talking points and then lead all their fellow students. They become role models.”

Haley pointed out that because the schoolchildren grow up with respect for Twelve Hills, they take ownership of it, picking up litter and watching for misuse by people of bad intent. Often times, she said, other classes come over on their own, just for the fun and fresh air.

“With their help and the help of our adult volunteers, we hope to see a prairie here some day with all those beautiful wildflowers and grasses,” said Haley, gesturing to the central open area of Twelve Hills. “We’ll use it to educate people, so when they see it they’ll have a sense of environmental stewardship and why the prairie needs to be preserved.”

A Deeper Sense of Nature 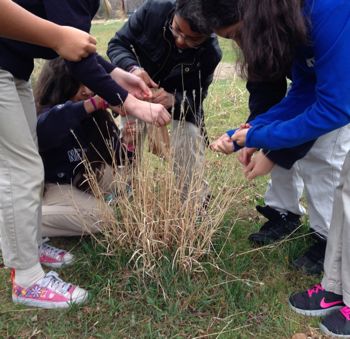 Paula Craig, a longtime neighborhood resident and Montessori teacher, has been involved with Twelve Hills from the start. According to Haley, the mission of the preserve is best summed up by Craig:

“There will be no more important concern in the next 20 years in lifestyle, business, recreation, theology and art than the natural environment and human use of resources. So one of the best gifts you can give your children is to start them early — yes, as toddlers — being in relationship to the natural world.”

“Ground them in a deep understanding of nature. Children map on their bodies. They absorb the feel, smell, sounds of the earth that nurture all life. That knowledge will help shape their minds and nervous systems — that is, if their parents provide the child-sized experiences they need, valuing it over screen time and virtual living.”

Twelve Hills Nature Center is located at 817 Mary Cliff Drive, Dallas, TX 75208. It is open daily dawn to dusk. Access to the preserve is free and there are no charges for guided nature walks. Dogs on leashes are allowed at Twelve Hills, but please pick up after your dog. Join the email list by sending a blank email to twelvehills-subscribe@yahoogroups.com.