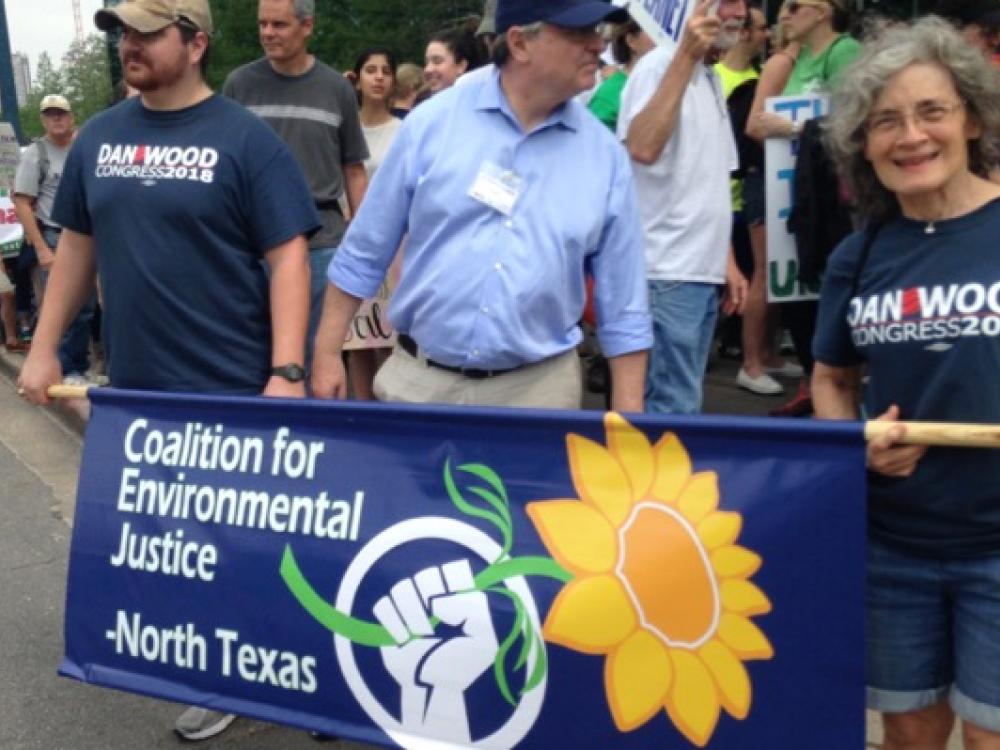 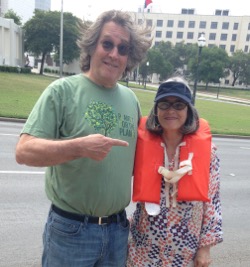 The weather held for the North Texas People's Climate March Saturday morning when severe storms were forecasted later in the day. A crowd of about 300 marched from Dealey Plaza to the Dallas EPA office several blocks away accompanied by a stiff wind that picked up a few hats and signs. The Dallas march was one of nearly 400 sister marches held nationwide on April 29, marking President Trump's 100th day in office. The Washington D.C. march was estimated to have drawn around 200,000. 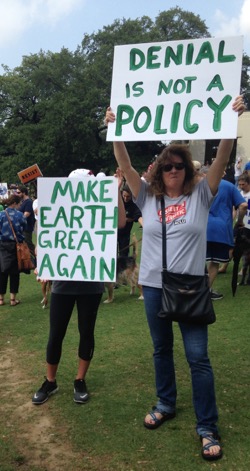 The march was the group's first public effort at local activism.