Fort Worth enlists accelerator to step up park equity 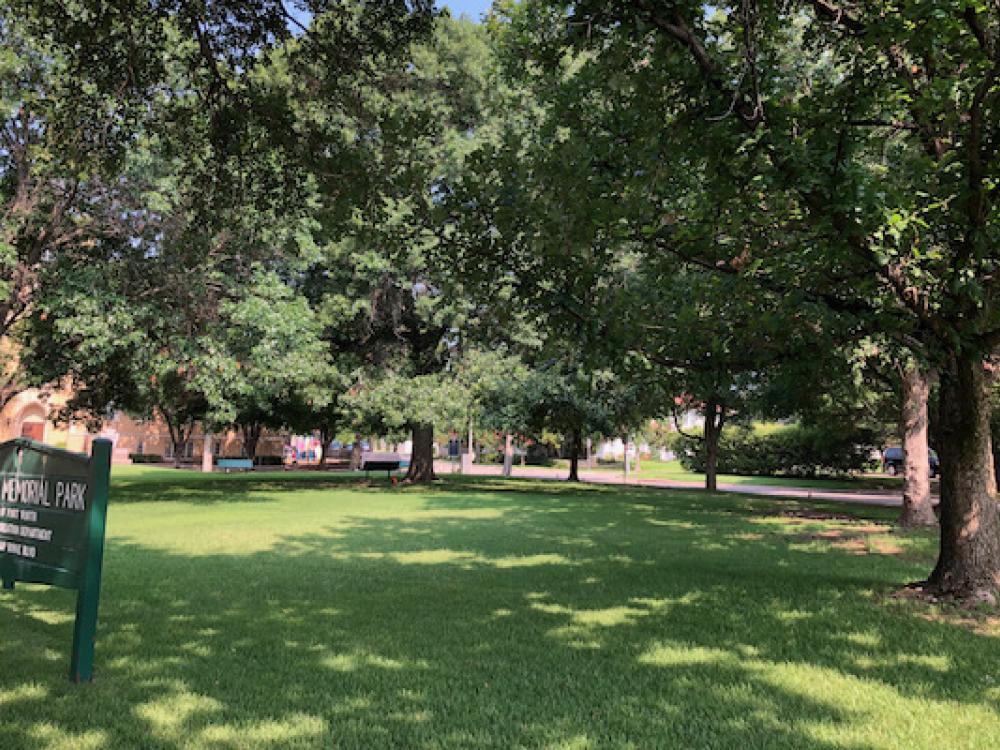 Fort Worth recently joined a park equity accelerator, a Trust for Public Land initiative. Above, Veteran's Memorial Park in Fort Worth. Photo by Julie Thibodeaux.

The city of Fort Worth announced this week it’s taking steps to improve park access for all residents through a program called the 10-Minute Walk Park Equity Accelerator.

An initiative of the Trust for Public Land, the new program is supporting a cohort of cities across the U.S. with funding and expertise to address long-standing barriers to outdoor equity.

The Accelerator will direct resources and provide technical assistance on solving park equity problems through policy change and innovation, with the support of TPL, cross-sector partners, and other experts. Accelerator cities will field-test policy ideas over a period of 12-15 months. TPL will use findings to support scaling the model to additional cities.

Fort Worth ranks 87 on TPL’s 2022 Park Score Rankings, compared to other U.S. cities, with Washington, DC at the top of the list.

According to TPL’s  data, 61 percent of Fort Worth’s residents live within a 10-minute walk of a park. The city’s 301 parks use only 6 percent of the city’s land, compared to the national median of 15 percent.

Fort Worth recently launched two other initiatives that address the city's need to expand green space: The Open Space Acquisition Program in 2020 and the Urban Forest Master Plan in May.

“As Fort Worth continues to grow at a rapid pace, conserving our green spaces and investing in park infrastructure will be key in continuing to provide the highest quality of life for residents,” said Parker. “I am thrilled that Fort Worth has been selected to participate in TPL’s 10-Minute Walk Program’s Park Equity Accelerator to fast-track our efforts to ensure every resident in every zip code can enjoy the health, environment, and community benefits of having close-to-home access to parks.”

In addition to the Trust for Public Land's Park Equity Accelerator, the nonprofit currently works with over 300 mayors and city leaders across 48 states to close the park equity gap and address cities’ pressing needs around health, resilience, environmental protection, economic development and community building through parks.

While Fort Worth is the only Texas city participating in the Accelerator program, there are six North Texas mayors that have taken the 10-Minute Walk Pledge.

Dallas joined the 10-Minute Walk program the year it launched in 2017. The city ranks 53 on TPL’s 2022 Park Score Rankings. Dallas established its Open Space program in 1977 and unveiled its Urban Forest Master Plan in 2021.

“Without parks communities face a loss of connections with where they live and the people they live there with, said Mayor Gilmore of Lewisville. “This project allows our city to be more than a suburb, but a home where people have options for healthier lifestyles and greater impacts on their quality of life.”

While parks have long been revered by city dwellers, green spaces became especially appreciated during the pandemic, when communities were under lockdown.

According a 2020 study by PSB Research on behalf of 10 Minute Walk, two-thirds of Americans agreed that their quality of life would improve with better access to a park or green space within a 10-minute walk from their homes.

City dwellers, in particular, were most likely to value having close-to-home green space and acknowledge that it would increase their quality of life, including their physical and mental health.

However, while people agree that parks and green spaces are valuable, millions in U.S. cities lack safe, easy access, according to 10 Minute Walk’s research. Over 100 million people across the country, including 28 million children, don’t have a park within a 10-minute walk of home.

“We know parks are vital for healthy communities, and that investment in parks is game-changing for resilient and thriving cities,” said Bianca Shulaker, Senior Director of Trust for Public Land’s 10-Minute Walk program. “However, years of policies and practices have resulted in underinvestment in neighborhoods, exacerbating this park equity gap, and denying millions the health, climate, and social benefits of close-to-home access to the outdoors.”