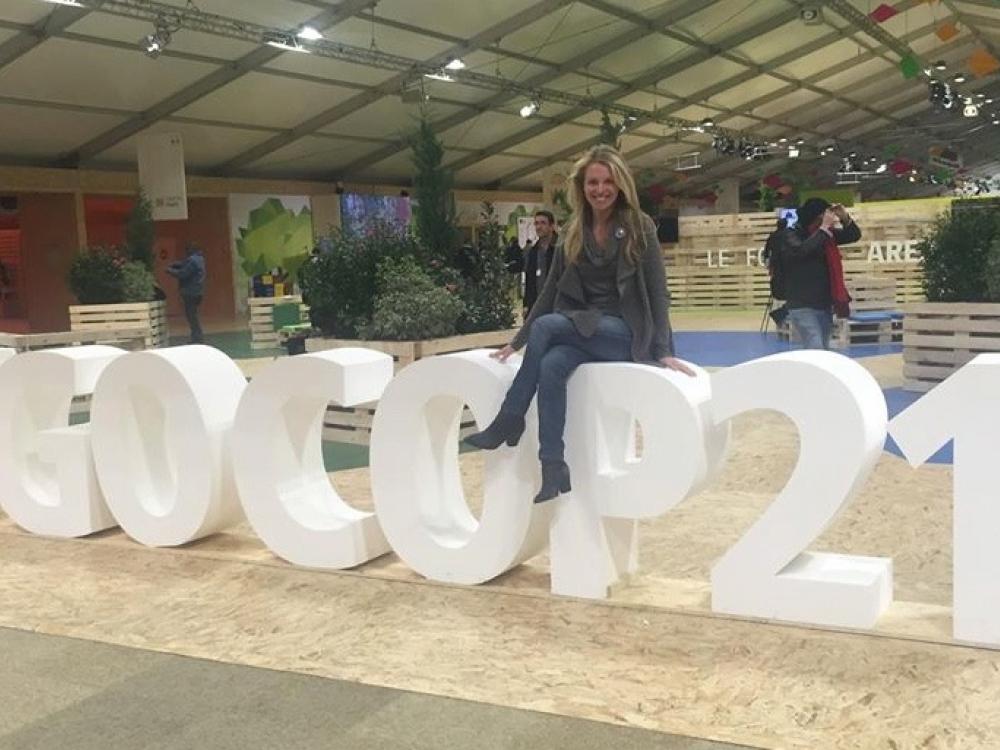 Anna Clark was among North Texans who traveled to Paris to participate in environmental events surrounding COP 21.

As thousands converged on Paris for the 21st UN climate conference, that ended Saturday, North Texans were there for the historic gathering known as COP 21. They brought their interests and expertise to discussions in the official delegates’ area, the “Blue Zone” of the conference, and to the nearby “Green Zone”, where business, civic society and activist groups were also at work, hammering out plans to bring our global climate future back from the brink of “too hot to handle.”

“It was great to hear L’Oreal’s sustainability officer, or Kellogg, tell how CDP helped them drive their supply chain (emission levels down),” says Clark. “I’ve used those tools to help a Walmart supplier…What we did as one company, now you can see as part of a grand plan… There’s a feeling of continuity, with people devising a solution.” 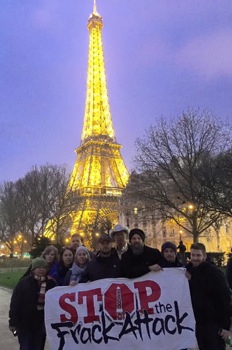 DFW fractivist Sharon Wilson came for a Green Zone conference. She works as a North Texas organizer for Earthworks – a national nonprofit for community/environmental protection and sustainable solutions for adverse effects of mineral and fossil fuel development. The International Anti-Fracking Summit brought together attendees from 40 countries, all from areas living with the effects of hydraulic fracture drilling.

“It was our first face-to-face meeting,” says Wilson. “We talked about how to work better together, with better strategies… shared information, contacts and stories."

Stories of adverse effects as in Denton?

Sharon Wilson, second from left, joined other fractivists under the Eiffel Tower.

“We heard about methane’s role in climate change from Bob Howarth, the Ph.D. Cornell professor,” whose team studied the greenhouse gas. “The study shows that natural gas is not a bridge fuel (from petroleum to renewables), because of all the methane leaks” during natural gas production, Wilson noted. “Methane reacts with the climate so much faster than CO2… And it’s 86 times more potent. If we can stop putting so much methane in the atmosphere, that will have a really fast (positive) effect on our climate, and buy us a little more time to work on the rest.” 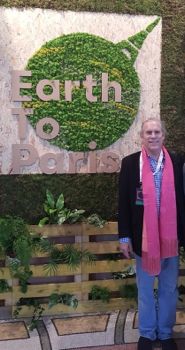 Dallas philanthropist Trammell Crow, the founder and underwriter of Earth Day Texas “U.S.’ largest Earth Day celebration,” was involved in a virtual as well as public celebration for the Paris Climate Summit. #EarthToParis, sponsored by scores of corporations and civil society groups, created a stunning video entwining music, voices and faces of the famous and not-so, in a plea to take strong action at COP 21.

“It was a visual call to all involved in the negotiations… by private activist groups, to promote discussions at all levels and show support and get people talking online,” says Jillian Mock, Earth Day Texas communications associate.

Trammell Crow was part of a coalition behind #EarthToParis.

The production ran on YouTube prior to the event and live-streamed “on the walls of the hall where world leaders, delegates and Secretary Kerry entered the conference” on Dec. 7.

“I was also impressed by the number of civil society and NGO groups that kept actions constantly happening alongside the negotiations, keeping up that drumbeat,” Mock comments.

“A big cause of Trammell’s all the time that he emphasized over there is the role that business needs to play,” she adds. “We all need to step up to the plate.”